The Knowles-Carter clan have got a little bit bigger and a whole lot cuter. Beyonce and Blue Ivy have been spotted in New York last week, walking their new puppy.

Shared on the Instagram account beylite and Queen B’s herself, the pictures were taken on August 31, and Blue looks tickled pink with her fluffy new companion. Queen Bee’s Formation tour is playing at MetLife Stadium in New Jersey on Wednesday, so it looks like she’s having some well deserved Mummy-Daughter time between that and the recent VMAs.

By the way, did you see Blue and Bee at the VMAs? Blue in a tutu to die for, costing $11,000!! Never show your daughters! The four year old super star wore the Mischka Aoki gown along with a tiara by Lorraine Schwartz and golden high tops sneakers by Giuseppe Zanotti 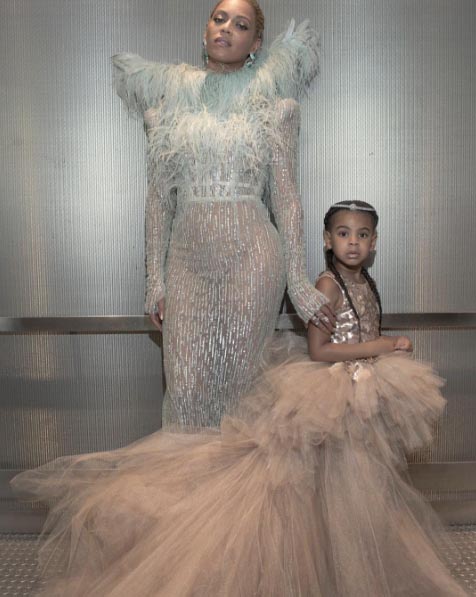 With Beyonce by her side in a sheer gown with feathery blue wings, Blue Ivy absolutely nailed the VMA red carpet with her Mum, looking just as fierce in some of the Pap shots. Although, if I wore an $11,000 dress, I think I would look just as fierce.

We can’t wait to see more pictures of Blue’s little companion. We wonder what they called it? Formation or Lemonade?

As a new study has found that parents are getting so much less sleep than anyone ever realised!
END_OF_DOCUMENT_TOKEN_TO_BE_REPLACED

Every week The Healthy Mummy runs different competitions with LOADS of fabulous prizes to be won! See if you are one of the lucky winners!
END_OF_DOCUMENT_TOKEN_TO_BE_REPLACED

A woman was shocked to discover that her mother-in-law wanted to throw a 'grandma shower' ahead of welcoming her first grandchild.
END_OF_DOCUMENT_TOKEN_TO_BE_REPLACED

CHOICE has also released some tips on how to save at the supermarket, keep food longer, save on energy bills and tackle the rising petrol…
END_OF_DOCUMENT_TOKEN_TO_BE_REPLACED