Geri Horner has reportedly paid tribute to her late friend George Michael by naming her newborn son after him.

The 44-year-old former Spice Girl – also known as Geri Halliwell – posted an adorable picture over the weekend of her little one, and revealed she and her husband Christian Horner has a rather magnificent name.

So so sad , R.I.P George, a dear friend, the kindest, most generous & talented person . My thoughts are with his family.#GeorgeMichael

Geri’s reveals the name of her baby boy

But while it’s believed the newborn’s name is a nod to actor Monty Python, close friends of Geri says she poignantly picked his middle name in memory of the Careless Whisper singer.

“Geri wanted George to be a part of Monty’s life, so she felt it only fitting that her newborn have a middle name after the star,” an insider told the Daily Mirror.

Montague George Hector is Geri’s first child with Christian, 43, who she married in 2015.

She already has 10-year-old daughter Bluebell, whose father is screenwriter Sacha Gervasi and Bluebell’s godfather is Kenny Goss, George’s ex-partner.

Christian also has daughter Olivia, three, from a previous marriage.

George tragically died on Christmas Day with a post-mortem yet to reveal the cause of his death.

Geri, who credits George as one of her close friends, took to Twitter to write:  “So so sad, RIP George, a dear friend, the kindest, most generous and talented person.”

We can’t wait to see more pics of Geri’s bub! In the meantime, you can check out the former Spice Girl’s blossoming bump pics here.

The Healthy Mummy Pregnancy Smoothie is designed to complement, not replace, your prenatal vitamin intake. Our nutritionists ensured that the vitamins and minerals in the smoothie are at a low level, so there is no risk of doubling up on any pregnancy vitamins. 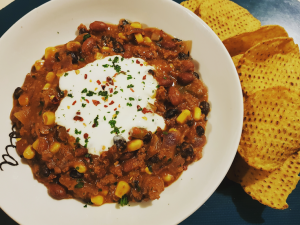 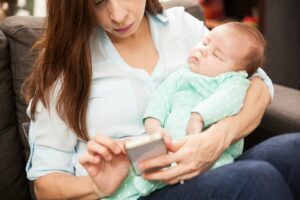 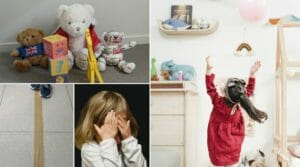