We couldn’t agree more with Jessica Biel when she says becoming a mum has changed her in so many ways.

Happy Mother’s Day to you, Mom. I only, just now, understand what you did for me. And to all moms everywhere, I’m having a champagne in your honor. And when I say champagne I mean seltzer water cause mama’s gotta do carpool in the am. #momlife

In an interview with E! News at the Tribeca Film Festival premiere of her new show, The Sinner, Jessica – who is mum to her two-year-old son, Silas, opened up about how she feels now that she’s a mum.

“[Motherhood really] informs everything in you life,” Jess, 35, says.

“I’m more emotional, more sensitive, more everything to the world. I just feel like I’m always ready for anything and everything at this point.”

You make me laugh. You make me smile. You make me LOVE. You make me want to be BETTER. Speaking of, it doesn’t get any BETTER than you… Now, I know for sure that it’s BETTER to be lucky than good. Ask me who the luckiest guy in the world is and I will tell you that you are looking at him. Happy Birthday, my heart. –J

And when talking about the support she feels from her husband Justin Timberlake, Jessica says: “He supported me from the very beginning. He’s excited because I’m excited.”

Meanwhile, Justin recently opened up about he rough start he had when he became a dad for the first time.

“At first, it broke me down,” he admits to The Hollywood Reporter.

“Those first eight months felt like those old shows where people are balancing spinning plates on poles – except if you drop one, they die.”

But the 36-year-old says if it wasn’t for his son, he’d have never written his feel-good hit, Can’t Stop The Feeling, from the movie Trolls, in which he voices main character Branch.

“Watching him jump around to ‘Can’t Stop the Feeling!’ starting to learn words because of that song — it’s the best thing in the world,” he adds.

“I’d never have written it if it weren’t for him.”

How adorable is that!

For more Healthy Mummy celebrity news, check out our Celebrity and News archives.

Did you know The Healthy Mummy has written blog to help new dads and daddys-to-be prepare for parenting. It’s has been eloquently titled: A Survival Guide For The New Dad In Your Life. Also, for more information on how hubby’s can help their wives with baby blues, this article may also prove to be helpful. 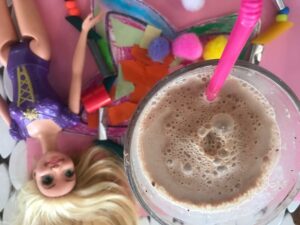 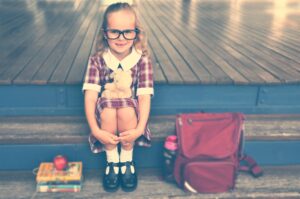 Your Child Is Starting School This Year, So What’s Next? 1 sauce, 5 meals! The meal prep recipe that will last you all week!