Symphysis Pubis Dysfunction (SPD), also known as pelvic girdle pain, is a pregnancy condition that affects approximately 1 in 300 women, and is often under diagnosed as some women tend to put it off as regular pregnancy pains.

Excessive weight gain during pregnancy can cause the condition to be much worse, if you have SPD in one pregnancy you are more likely to have it and worse in any proceeding pregnancy.

Stephanie Gourgon was one of these women, and she suffered with SPD twice, but was able to get down to a healthy weight during her second pregnancy and reduce the symptoms. 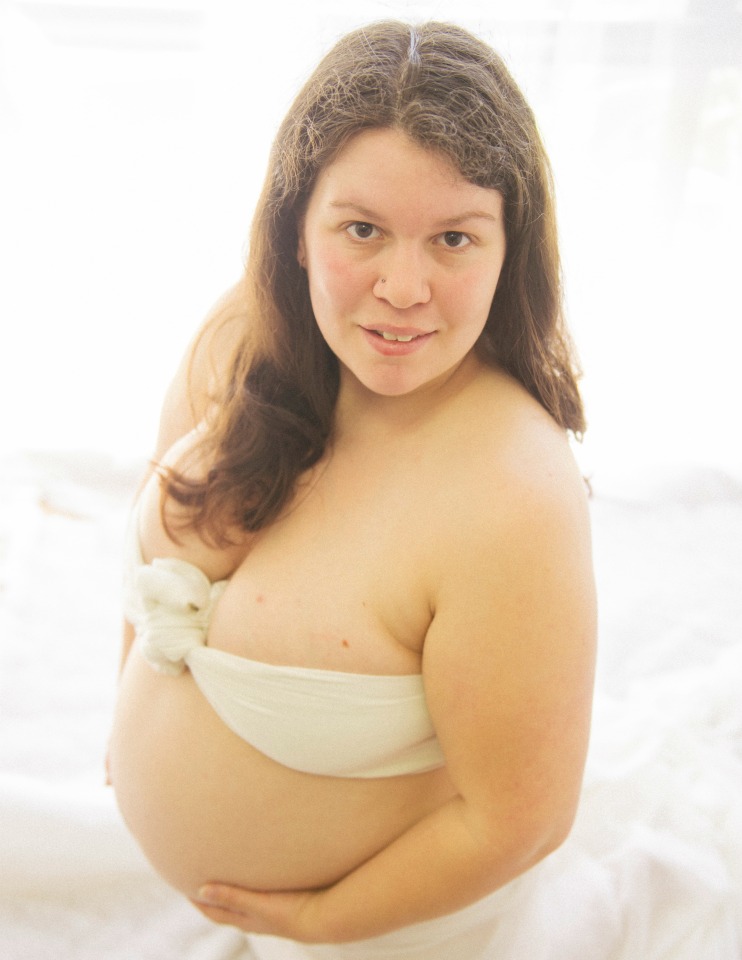 Pregnant mum opens up about suffering with pelvic girdle pain

The pelvis is mainly formed of two pubic bones that curve round to make a cradle shape. The pubic bones meet at the front of your pelvis.

At the joint’s connection there is a dense network of tough tissues but during pregnancy, swelling and pain can make the this connection joint less stable, causing SPD. Stephanie says she suffered with SPD during two pregnancies and at times was unable to walk more than a couple of steps. She was told by doctors the extreme pain she suffered was due to the amount she had put on during pregnancy.

“I was pregnant twice and I had SPD twice. In my first pregnancy the SPD onset was around 20-25 weeks and it got really bad really quickly around 30 weeks pregnant I was unable to walk more than a couple steps due to to the extreme amount of pain I was in, the last week prior to my labour I was wheelchair bound,” she says.

“I was induced at 38 weeks due to the pain. The doctors contributed my extreme pain to the excess of 30kg I gained in that pregnancy.”

During Stephanie’s second pregnancy, she had discovered The Healthy Mummy and was a 28 Day Weight Loss Challenge member.

“I had also bought the Healthy Pregnancy Book and Pregnancy Smoothie. I started at the same weight I was when I fell pregnant with my first,” says Stephanie.

“My SPD the second time around onset was at around 15 weeks. This time however due to the tools I had I was able to keep the weight off and manage my SPD a lot better.” “I am grateful for the Healthy Mummy ensuring my second pregnancy was less painful and healthy,” adds Stephanie. 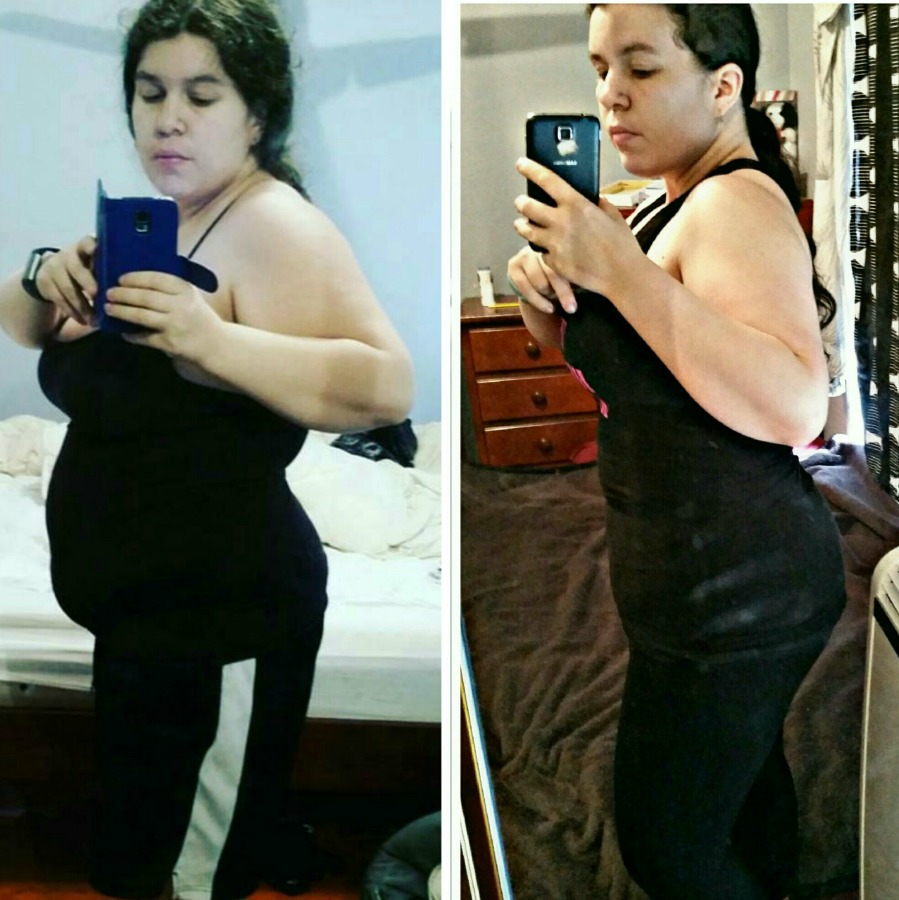 “I ate bad foods and drank copious amounts of coke. I had given up hope that I’d have kids and didn’t care about my appearance, so I gained a fair bit of weight I’m not overly sure how much but when I fell pregnant with my first child I was 85kg and by 35weeks pregnant I was 120kg,” she says.

“Post pregnancy I looked in the mirror and realised how unfit I was. I was feeling bad all the time, over feeling sick, tired and unmotivated. I saw exercise physiologists, dieticians and tried every gimmick every shake and diet I could think of. None of it really worked.”

“I lost 5kg that got me to my original pre-pregnancy weight and I  fell pregnant with my second baby (which was a huge shock! I put it down to how I was beginning to actually look after myself and fuel my body with food rather than rubbish),” she says.

“My pregnancy with my second baby was so much healthier I was a 28 Day Weight Loss Challenge member and I only gained a grand total of 9kg compared to the nearly 30 in my first pregnancy.”

“In the past 10 months, Stephanie has lost 19kg. I still have about 15 to go but I’m the lightest, healthiest and fittest I have been in over eight years.

“I can get up of a morning and not feel like death, I feel like a whole new woman!! The Challenge is also great for my kids, what it has taught me is invaluable and has helped me make our food choices. Joining the 28 Day Weight Loss Challenge has been a life changer. I wish I had started sooner!”

Did you know mums have lost OVER 3 million* kilos with us? 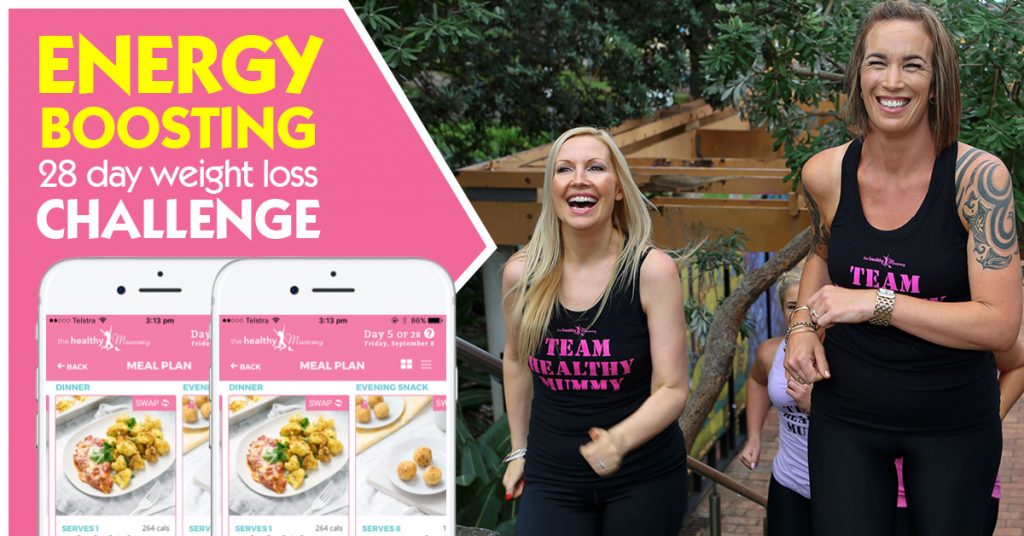 The Healthy Mummy exists to help tired, busy mums like you SHIFT THE BABY WEIGHT and REACH YOUR GOAL WEIGHT.

This November, our Challenge is all about recipes ENERGY BOOSTING RECIPES AND WORKOUT VIDEOS, so it’s great for TIRED, busy mums!

The 28 Day Weight Loss Challenge is an affordable, breastfeeding-friendly and realistic program that helps mums tackle their diet and improve their overall health through weekly (and customisable) meal plans, at-home exercises and 24/7 social support.

This delicious Smoothie packed with Superfoods like Chia and Kale uses The Healthy Mummy Choc Mint Premium Smoothie and is just 347 calories per serve!
END_OF_DOCUMENT_TOKEN_TO_BE_REPLACED

The air fryer recipes in the Healthy Mummy App have proved to be such a huge hit, that we have added heaps more - get…
END_OF_DOCUMENT_TOKEN_TO_BE_REPLACED

49 year old mum Kerrie has lost 19kg and dropped 7 dress sizes in 2 years. She reveals the secret herb that helped her blast…
END_OF_DOCUMENT_TOKEN_TO_BE_REPLACED

WOW! This mum has dropped 3 dress sizes in 5 months

Kerri Colautti looks fantastic after dropping THREE dress sizes! The top in the photo on the left is a size 3XL and the top in…
END_OF_DOCUMENT_TOKEN_TO_BE_REPLACED