Patiently waiting for the numbers on the scales to go down can be VERY frustrating!

Especially, if you believe you’ve been doing everything in your power to improve your healthy lifestyle. But weight loss plateaus happen to all of us.

We asked mums in our Healthy Mummy community what they did to help kickstart the scales moving. Here’s what they had to say…. She says her biggest weight loss mistake was to binge.

“When I feel bored or when I feel a bit emotional I will think about food. But I have learned to choose healthy foods when I feel like binging, sometimes I just have Control X to feel fuller and stop overthinking about foods or distract my mind with exercise or something else,” she says.

“It’s frustrating sometimes when the scale stops moving especially when I’ve already put a lot of effort to lose weight. When it’s happened to me, I usually put away the scale for about a week and keep doing what I’m doing.” 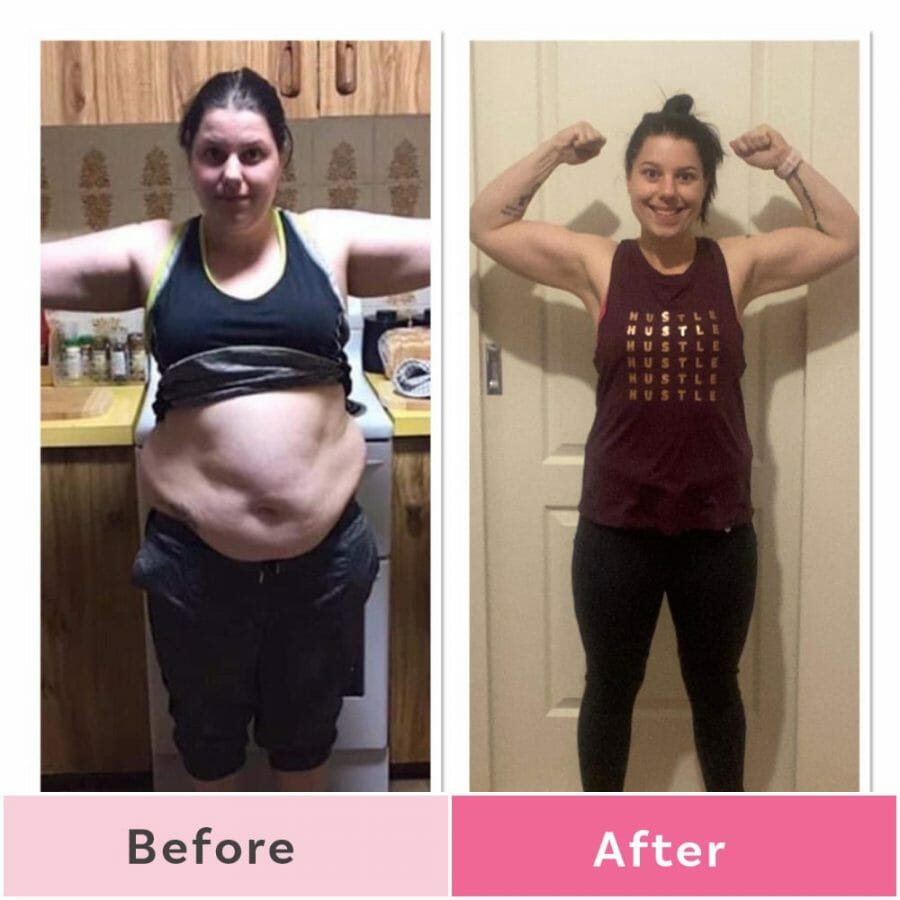 “I have lost 25 kilos with the healthy mummy in 12 months, 4-5 dress sizes and 150cm. I have been roughly maintaining for 15 months.
“The biggest mistake I made was having larger portions then I should. I didn’t know what a calorie was or how to weigh food or read food labels. Learning about what’s in food and reading the labels gives you knowledge.”

“Our bodies as women fluctuate so much and there is no need to weigh in daily. Also, when you start building muscle the number on the scale almost becomes irrelevant as you may put on weight due to building muscle.

“When the scales stopped moving when I was losing weight I would re-do my daily recommended calories using the healthy mummy BMR calculator.

“I do weigh in once a week first thing in the morning after I go to the toilet. I use a body scan to track my body fat percentage and visceral fat levels. Another tip if your scales aren’t moving is try different smoothies you can bulk them up and add whatever you like. I like frozen fruit, yoghurt, the powdered healthy mummy peanut butter in mine also try different food recipes.”

Chelsea Dickson has lost over 60kg

“The best part of my weight loss journey has been restricting foods that I knew I would crave… it was hard but I had to work them in or my portions and binge eating would blow out.”

“When the scales stopped moving for me I had to switch my mindset, I needed another focus so I went with goal clothing, changing my food around slightly and switching around my workouts to give my body the shake it needed, but also in times like this you have to trust the process.

“I was very lucky to only have a couple of plateaus during my weight loss, I believe it’s because I never did the same thing twice was always doing something different so my body never had time to get used to it.

“It’s heart breaking knowing your putting in the effort without changes but remember how you felt before you stepped on the scales that’s what’s important not allowing the number to define who you are.” 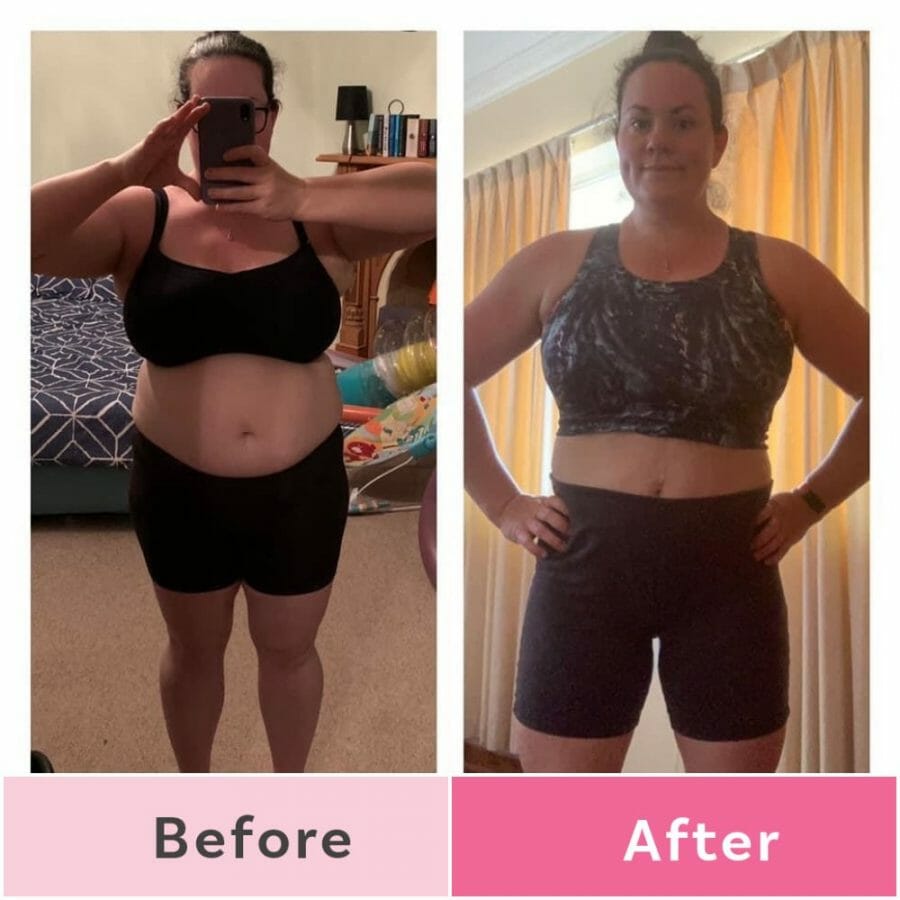 “My biggest issues were portion control which led to binging. I would portion my meals (based on 1400 that a dietitian advised ) then binge later on because I was always starving. Now I know that my body needs 1800-2000 calories to be fuelled.”

“My numbers have always been pretty slow, around 1 kg per month. I definitely trust the process but to get a bit of a kickstart I added more weight training and lessened my cardio.

“I also was more honest with myself about my activity level and dropped it to moderate (45mins per day) rather than high. On the days where I manage a full hour workout so will allow myself those extra 150 calories.

“A plateau on the scales does not mean that your weight loss is stalled. There are other changes that will be happening in your body even if you can’t always see them. Living this lifestyle is so much better for your health then whatever you were doing before so stick with it even if your number doesn’t change.” 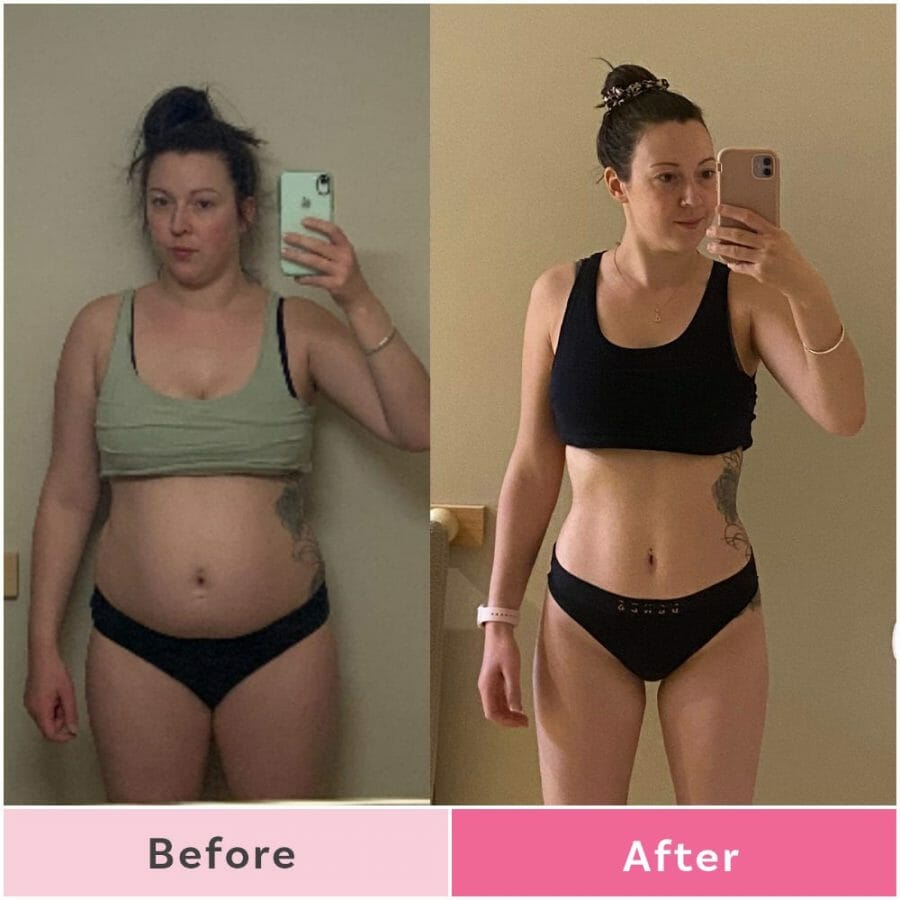 “My biggest mistake was and is definitely portion control (something I still struggle with sometimes!) I have to remind myself to be really conscious of exactly how much I am putting on my plate and not to go back for seconds.

“I also have to try not to pick at things from the kids plates as those sneaky calories add up over the day!”

“I did re-asses my daily calorie allowance, I swapped cow’s milk for almond milk in my smoothies, I tried to reduce carbs a little and I made sure I really stuck to my calorie goal.

“I also started weighing all my ingredients – literally everything to make sure I wasn’t accidentally having too much! All these factors PLUS remaining consistent and not giving up have helped me to lose that last 5kg. I really had to be patient and it came off slowly!” 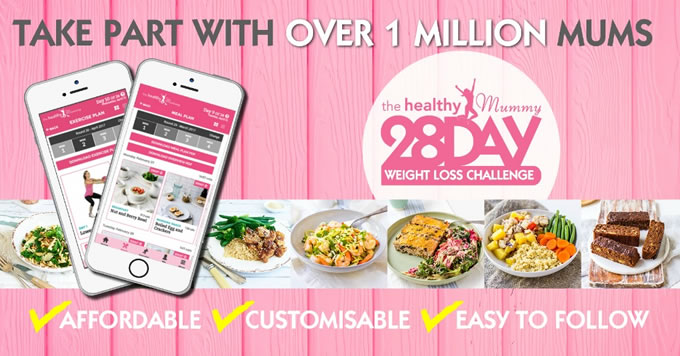 Want to shift your weight but feel like you have NO TIME in your day to exercise and eat healthily?

Find out more about joining the 28 Day Weight Loss Challenge.

Mum Mel prepped 110 serves of healthy meals and snacks which took her four hours, and cost her just $99 in ingredients!
END_OF_DOCUMENT_TOKEN_TO_BE_REPLACED

Wowser, Tarryn has dropped 10kg in just eight weeks and she has also been able to save as much as $250 a week!
END_OF_DOCUMENT_TOKEN_TO_BE_REPLACED

The next 28 Day Weight Loss Challenge starting 23rd May 2022 is dedicated to 28 Days of Immunity Boosting recipes on a budget!
END_OF_DOCUMENT_TOKEN_TO_BE_REPLACED

Maya Pinn is a mum-of-two and she has lost over 25kg by following the 28 Day Weight Loss Challenge!
END_OF_DOCUMENT_TOKEN_TO_BE_REPLACED

Not only has this amazing mum Amanda Grace lost 36kg in 10 months, she's also saved $5,000 and used that towards a deposit for a…
END_OF_DOCUMENT_TOKEN_TO_BE_REPLACED