Bec Jackson is a psychologist, a coach and a mum of four so she is one busy mumma!

Throughout her life, she has struggled with her weight plus she was diagnosed with PCOS at 19 and had lost several pregnancies as a result of hormonal and weight problems.

After each of her pregnancies, she struggled with losing the baby weight but she has now lost 27kg and more than halved her percentage of body fat to become one of our 2018 Weight Loss Mums of the Year. This is Bec’s inspiring story

“I’m 39 and mum of four – two boys aged 12 and six and two girls, aged four and one! I work part-time running my own company, I’m a psychologist and coach! I also teach meditation and mindfulness to kids!”

“I have struggled with weight my whole life since puberty. I was diagnosed with PCOS at 19 and lost several pregnancies as a result of hormonal and weight problems. I had a faulty IUD which perforated my uterus and caused additional weight gains. I have now had 4 children and struggled each time to lose the baby weight. After the birth of my fourth baby in September 2017, I joined The Healthy Mummy.”

In Bec’s first pregnancy she says she exercised and ate really well, and put on 20kg but lost all her baby weight and more over the 18 months following her son’s birth.

During her second pregnancy, however, she reveals she overindulged and exercised a lot less and went from 62kg to 88kg during pregnancy.

“He was a cesarean and I had a rough time early with him. He didn’t sleep well, was unsettled and very difficult to comfort as a baby. I didn’t sleep well for the first 6 months, meals were whatever I could grab, too much coffee and sugar to keep me going. It was a far cry from my earlier healthy lifestyle,” Bec says. 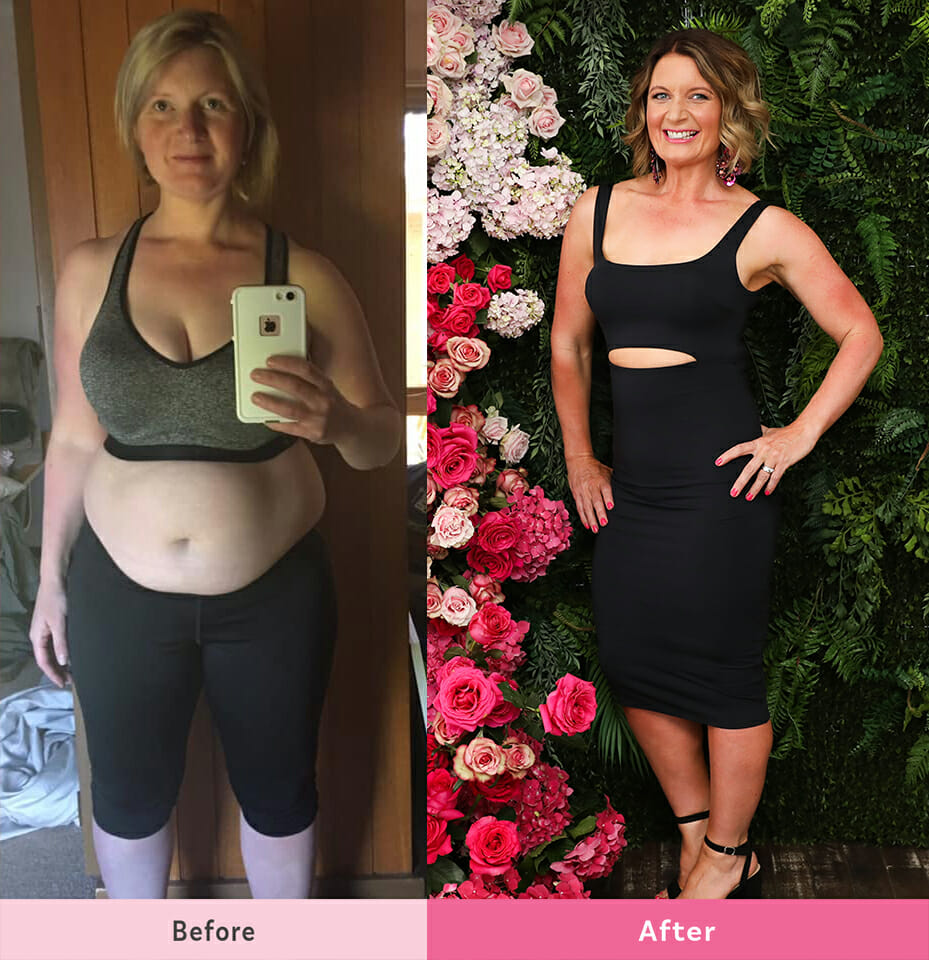 “I started 2016 at 68kg but was unable to maintain it when I stopped restricting calories. Over the next 12 months, I achieved lots of fitness goals but never really found a good balance,” she says.

“I kept up the recipes and exercised more during my third pregnancy. Knowing I was starting 10kg heavier than my first two babies, I didn’t want to put on 20kg again,” she says.

Bec put on 14kg in total, taking her back to 88kg following another caesarean. She waited until she was eight weeks postpartum and started to exercise again, desperate to get the weight off quickly. Bec lost another 10kg when her daughter was 12 months and once she’d finished breastfeeding she reverted to a 1200 calorie eating plan in 2015 and lost another 10kg.

At the end of 2016 when planning for another baby Bec weighed 77kg and then fell pregnant with number four. “I was determined to have a healthy pregnancy and only gained about 13kg.”

I’ve gone from pre-obese BMI to a healthy range. Reduced my body fat from 43% to 18%. Transformed my mindset from feeling ashamed and embarrassed by my body to empowered, confident and self-loving. I’m the strongest, leanest, fittest and healthiest I’ve been in my adult life.”


Finding the energy for her children

Before finding The Healthy Mummy, Bec mostly ran, walked or did yoga.

“I’ve never done weights or Tabata, HIIT or Pilates, so have really enjoyed trying all the different exercises in the Healthy Mummy App and working out what I love!”

Bec says. “From struggling to do 4 minutes of Tabata to now doing 45 minutes of HIIT!”

After overhauling her life and eating habits, Bec now has more energy to chase around her kids, she’s stopped preparing different meals for them and they have started making better choices with food. Bec says, “Everyone is much calmer and happier and balanced.”

Thank you for sharing your story with us, Bec. You’ve overcome so many hurdles and came out on top! Congratulations on being one of our Weight Loss Mums of the Year for 2018.  We can’t wait to see your continued success with us.

Have you been inspired by Bec’s amazing results? Take part in the affordable, realistic and easy-to-follow Mums-only Challenge 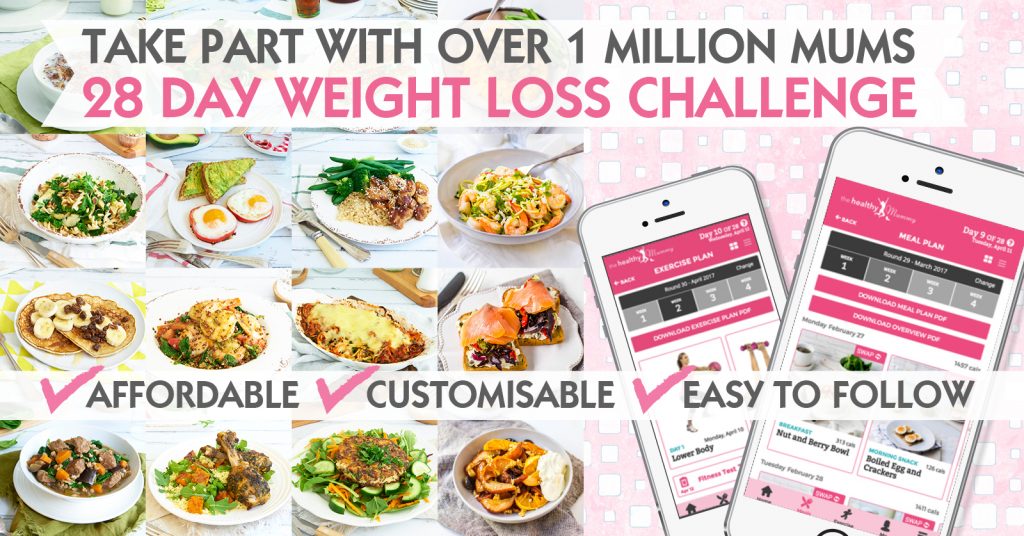 Think of the 28 Day Weight Loss Challenge as the best value personal trainer, dietitian, meal planner, chef and motivational coach with DAILY support – that you have access to every day – without the high cost and all created JUST FOR MUMS.

The 28 Day Weight Loss Challenge has been able to help thousands of mums lose more than three million kilograms (combined).

Every week The Healthy Mummy runs different competitions with LOADS of fabulous prizes to be won! See if you are one of the lucky winners!
END_OF_DOCUMENT_TOKEN_TO_BE_REPLACED

Mum of 8 Michelle Knight has proved how much money you can save with the Healthy Mummy by meal prepping and cooking in bulk.
END_OF_DOCUMENT_TOKEN_TO_BE_REPLACED