Julia Meadows wanted to become a healthy mummy as she felt unhealthy after her second child and still having had lots of baby weight to lose from her first pregnancy. The trouble she says, is that she had a sweet tooth!

After her daughter’s 4th birthday, Julia began to make herself accountable for her own actions again and decided she wanted to be a healthy role model for her kids – but most important of all she wants to be happy again and finally feel confident in her own skin.

Now the mum-of-two has lost 11kg following the 28 Day Weight Loss Challenge for over a year as well as having 1-2 Healthy Mummy Smoothies a day. 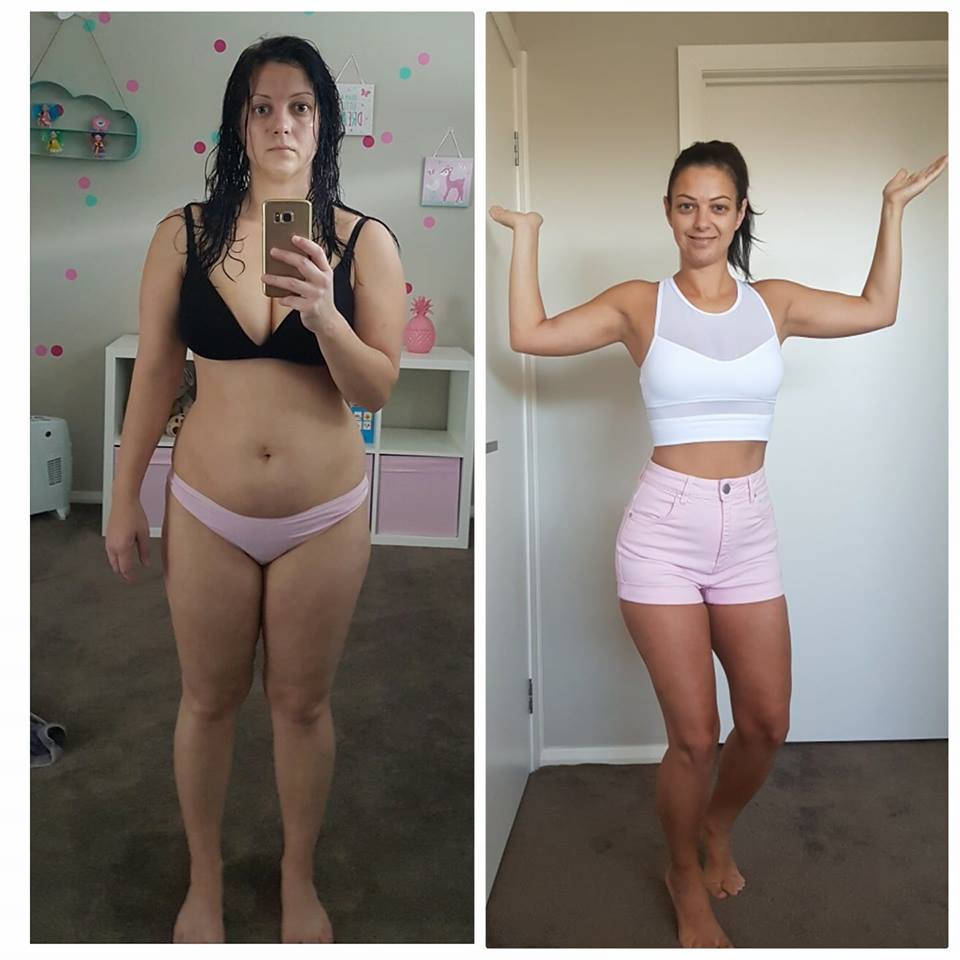 Julia’s road to become a healthier version of herself has not been easy! In March 2016, the mum-of-two and her husband separated after five years of marriage.

“I suffered from depression and instead of putting my anger and disappointment into exercise I started comfort eating and had many lazy days on the couch,” she says.

“Staying motivated is very hard sometimes but just a looking at my progress photos shows me how far I’ve come and how much better I feel.”

Julia made herself a motivation board that is hanging up in the kitchen so she can see it daily and remember her goal!

She says her greatest achievement since joining The Healthy Mummy is running two half marathons last year, as she went from being unfit to taking on new challenges and going past her comfort zone at a rapid pace. She says “This is something I never thought I’d be able to do.”

Julias go-to exercise? Squats. “I try to squeeze at least 100 squats in a day, even if that meals while I hang up the washing or waiting for my smoothie to blend I’ll do a few squats,” she says. 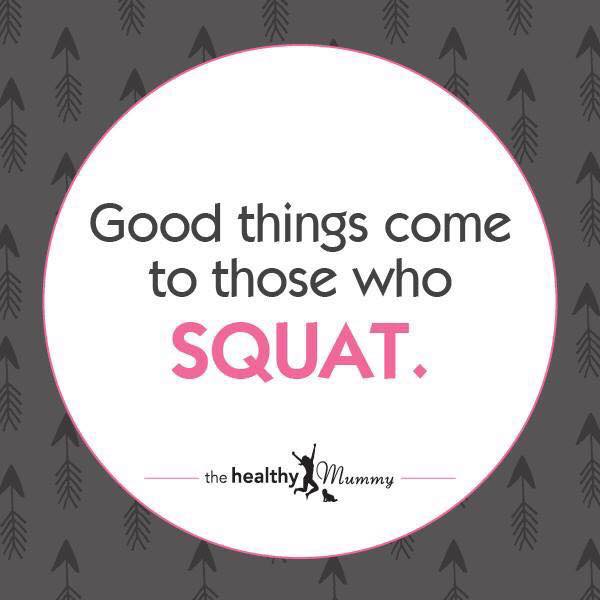 “The thing I love the most about The Healthy Mummy program is that it’s not just another fad diet I will eventually fail, but it’s a lifestyle which is absolutely sustainable in the long-term,” says Julia.

Since joining the 28 Day Weight Loss Challenges, Julia’s daughters, who were once described as very fussy eaters, have started to try new foods and now eat so much better.

The same can be said for Julia, “I don’t really find myself having cravings for any naughty foods because I still get to eat so many delicious meals every day but if I do get a sweet tooth once in a while I will search the Challenge recipe hub and always find a healthier option,” she says.

Every Sunday Julia will sit down and customise her meal plans, she also repeats meals and snacks to make life easier.

“I also freeze most meals and snacks which helps me a lot to stay on track as I can quickly grab something out of the freezer when the big hunger strikes and I won’t reach for unhealthy foods,” she adds. 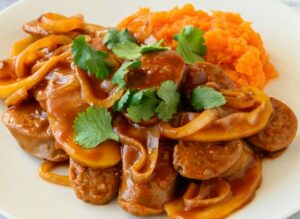 Fussy eaters in your home? Try these recipes your kids will devour in our Fussy Kids Cookbook.

What to do on a bad day

Julia says to not get discouraged if the scales aren’t moving as fast as you would like them to or if they don’t move at all for a while.

Don’t beat yourself up about having a bad day, Julia thinks brushing it off and moving on is the best way to keep going.

“I had to learn that scales don’t always tell the truth and now I rather go by my progress pictures to reflect on my achievements,” she says.

“My days can be hard and tiring being a single mum but life is pretty tough for anyone in general but I know I feel so much better being on track with my healthy eating and after I’ve done a great workout and it leaves me more energetic to tackle life’s issues.”

If you are inspired by Julia’s story and want to take charge of your own health and weight then try our 28 Day Weight Loss Challenge to get on track with your healthy eating. 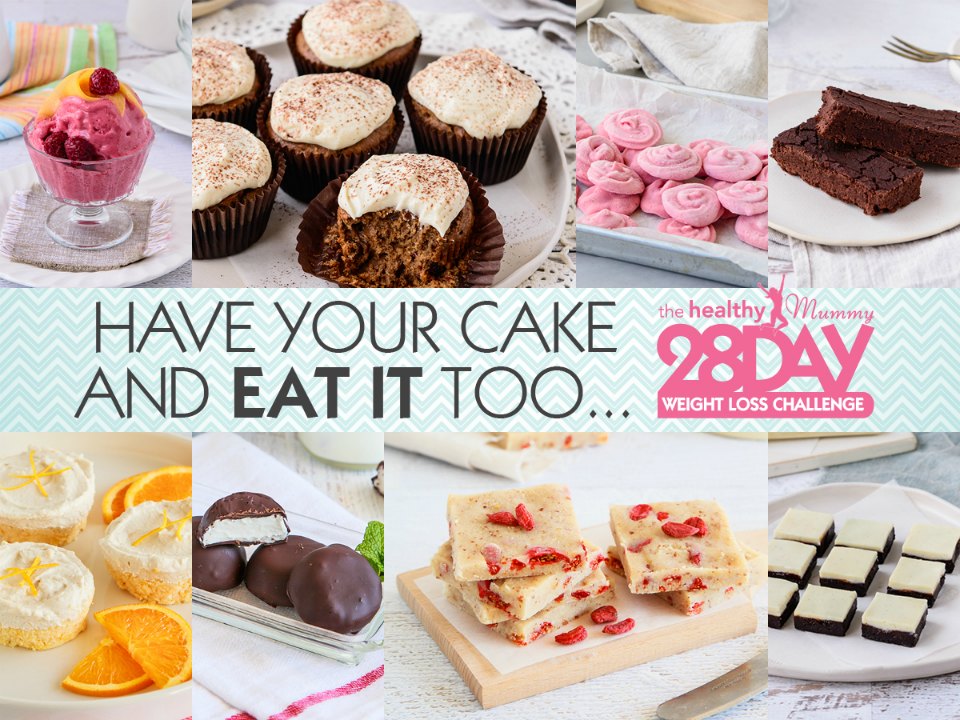 Our 28 Day Weight Loss Challenge has been able to help thousands and thousand of mums lose weight, blast belly fat and improve their overall health through healthy eating plans and exercise programs. 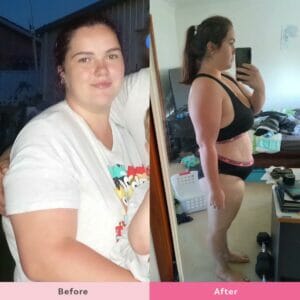 After losing 28kg in 6 months this mum is having fun keeping up with her 2-year-old! 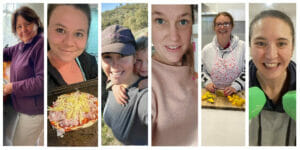