A Sydney-based mum found out she was pregnant with twins – just SIX WEEKS after her first baby was born.

Eliza Curby, 27, reveals she thought you ‘couldn’t get pregnant if you are breastfeeding’ but it turns out the old wives tale couldn’t have been further from the truth…

‘We Couldn’t Stop Laughing When We Found Out’

Eliza exclusively tells The Healthy Mummy that she and her partner Ben, 38, couldn’t believe it when the pregnancy test was positive, and were even more shocked when their doctor told them it was twins!

“Find out out we were pregnant again it was a shock!” she tells us. “A mix of excitement ad apprehension at the thought of another not just one, but two babies, so soon.”

In fact, Eliza says Ben went white with shock at first, but they soon ‘laughed it off’.

“Part of me wanted to cry,” says Eliza. “The other part of me just laughed, and that’s what we did, we laughed and laughed.”

Three Babies Born In One Year!

Eliza gave birth to daughter Charlie in January 2016 and her twin boys, Jack and Wolfe, arrived in December that same year. The mum-of-three now documents what it’s like having three babies born under one year on her blog, TwinGenuity.

“I’ve done the two year stretch of eternal pregnancy – and now I’m free, my body is mine again and I have an incredible family,” Eliza adds.

“It’s so nice my kids are so close together, it feels a bit like we’ve got triplets at times! They may even be in the same school year, so I hope they’re all super close growing up. It balances out nicely I think.”

Wow, hat off to Eliza to giving birth so many times in one year!

Meanwhile, this mum found out she was expecting to TRIPLETS one week after giving birth. 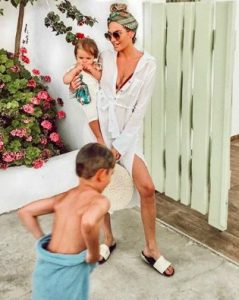 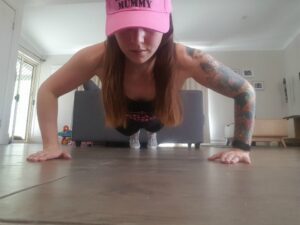 5 drinks to help you feel ENERGISED that AREN’T coffee!