Want to give your baby a name fit for the stage, but don’t fancy naming your little one after a current Hollywood star like Miley, Charlize or Kanye? Then why not try looking back at classic stars for some inspiration?

Actresses and actors such as Marilyn Monroe, Frank Sinatra and Audrey Hepburn were glitzy and glamorous in their hey day.

Check out 24 of these classic, old Hollywood star baby names. 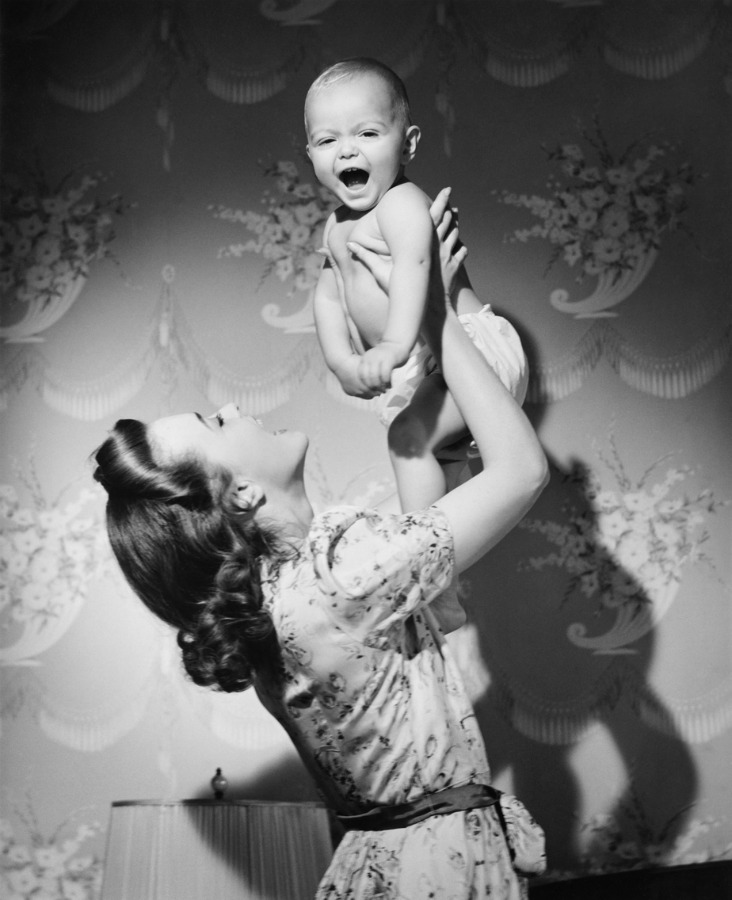 Ava Gardner was an American actress and singer best known for her performance in The Killers in 1946.

Audrey Hepburn is best known for her iconic role as Holly Golightly in Breakfast at Tiffany’s in 1961.

Bette Davis was regarded as one of the greatest actresses in Hollywood history and appeared in numerous Hollywood films between the 1930s and and 1970s.

Claudette Colbert was an American film actress and a leading lady in Hollywood for over two decades, and has been called “The mixture of inimitable beauty, sophistication, wit, and vivacity”.

Ginger Rogers was an American actress, dancer, and singer, widely known for performing in films with Fred Astaire.

Grace Kelly was an American actress who became Princess of Monaco after marrying Prince Rainier III, in April 1956.

Greta Garbo was a Swedish actress who won critical acclaim for her role in Camille in 1936.

Hattie McDaniel received an Academy Award for best supporting actress in 1940 for her role of Mammy in Gone With The Wind.

Marilyn Monroe was an iconic American actress famous for playing comic “dumb blonde” characters, she became one of the most popular sex symbols of the 1950s.

Rita Hayworth was an American actress and dancer. She achieved fame during the 1940s as one of the era’s top stars, appearing in a total of 61 films over 37 years.

Vivien Leigh was an actress best known for her portrayal of Scarlett O’Hara in 1939 film Gone With The Wind. Cary Grant was a British-American actor, known as one of classic Hollywood’s definitive leading men.

Charlie Chaplin was an English actor who rose to fame in the silent film era in the 1920s.

Clark Gable once dubbed the ‘King of the Hollywood’, is best known for his portrayal of Rhett Butler in the 1939 classic Gone With the Wind.

Errol Flynn was an Australian-born actor who achieved fame in Hollywood after 1935.

Fred Astaire was an American dancer in the 1930s and famous for appearing in many films with Ginger Rogers.

Gene Kelly was an American dancer and actor who was born in 1912.

Frank Sinatra was an American singer and actor best known for his songs, such as Come Fly With Me, in the 1950s.

Humphrey Bogat was an American actor who was propelled to fame in the 1940s.

Jimmy Stewart was an actor best known for his role in It’s A Wonderful Life in 1946.

Laurence Olivier was an English actor and director. He appeared alongside Marilyn Monroe in The Prince and the Showgirl and he was married to Vivien Leigh.

Marlon Brando is an actor best known for his Academy Award-winning performances in The Godfather (1972) and A Streetcar Named Desire (1951).

Spencer Tracy was an American actor who rose to prominence in the 1930s.

Well, there you have it. 24 vintage baby names inspired by old Hollywood stars. If you are expecting a little one and want to keep up with baby-related-news and health studies follow our Healthy Mummy Pregnancy Facebook Page.