It’s more common than you think (1 in 25), and most women still squirm at the thought of releasing their bowels during child birth – but it is actually good for you, claims an Aussie midwife!

Debra Wakefield, who is a midwife and birth educator at Empowered To Birth, says the reason women poo during labour is more than just how hard they push. 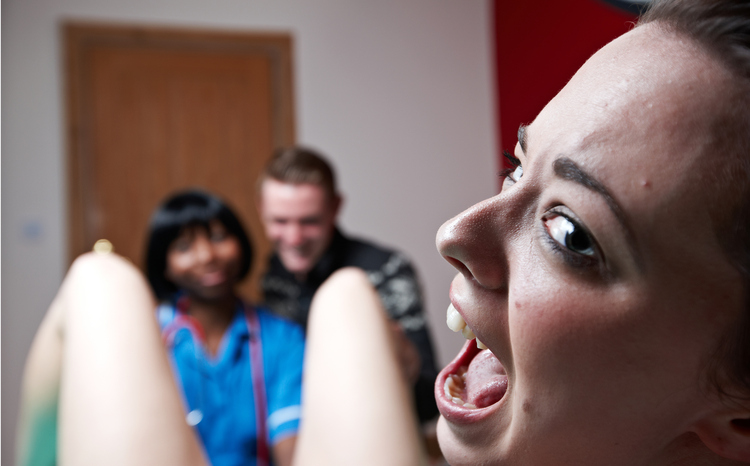 “In our pelvis, we have a uterus, which is where the baby grows. Behind the vagina is the rectum and anus. So when it comes to pooing during birth, sometimes it’s inevitable,” she tells The Healthy Mummy.

“When we think about fitting a baby out through the birth canal, just imagine that space. We want to make it as easy as possible, so there are many things we can do to help ourselves.

“Nature takes care of most of it, we just have to do a few simple extra things, which if we listen to our bodies, and we will intuitively do it right.”

Reasons why women poo during labour

1. To make way for the baby

It kind of makes sense to poop, as you’re using the same muscles to push out your baby as the ones you use when having a bowel movement.

“The baby’s head is made of five separate bones, which mould or glide over each other to allow the baby’s head to fit out more easily,” says Debra.

“The pelvis is joined with ligaments which soften due to hormonal changes, and the pelvis opens up to 30% larger to let the baby out. We can voluntarily empty out bladder every two hours, to make more space. And we make space by emptying our bowels too.” 2. If labour is spontaneous

“Most women who go into spontaneous labour (that is – go into labour on their own, without medical intervention) have a natural way of their body preparing, including the bowels loosening,” she says.

“This may happen a few days before labour starts. That empties all the contents before the big event. But if labour is sudden, the body doesn’t have chance to prepare, and this is why women end up going while pushing.”

3. Your baby pushes your faeces out

“When the baby’s head is coming through the birth canal, if there is any poo left in your bowels, the baby’s head may push it out on it’s way,” Debra adds. “I always tell my mums during birth, it is not them pooing – it’s the baby pushing it out to get through.” 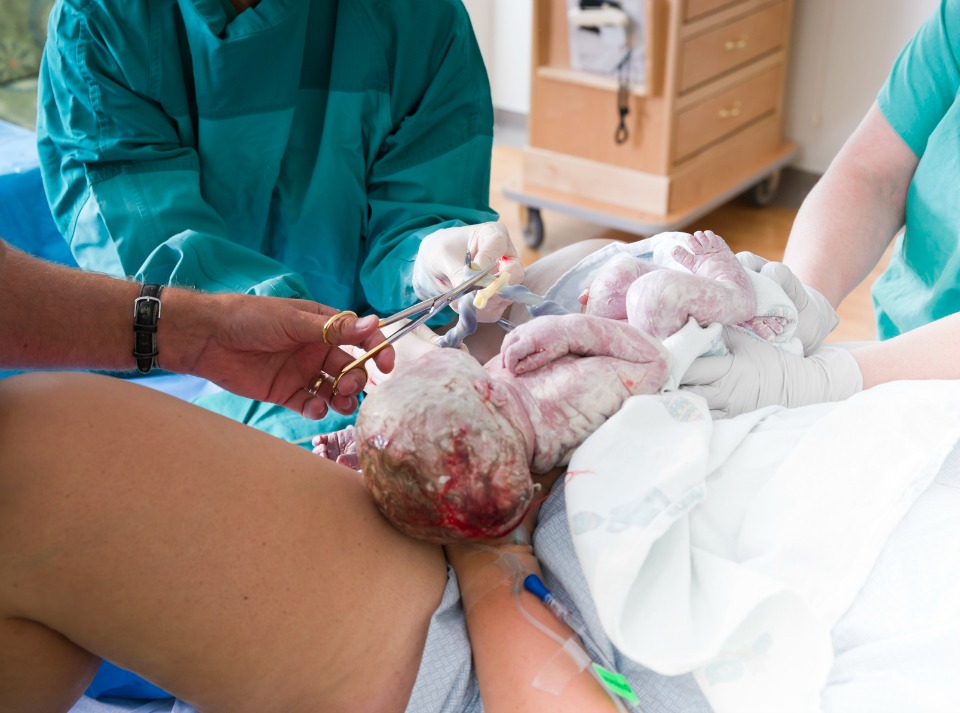 There may be another reason why you excrete during labour – you’re nervous and excited, and this can affect your bowels.

Most people empty their bowels once or twice a day, but labour can last over 24 hours at times. So while it may feel like you’re going to the bathroom during your labour, you are actually just doing what your body naturally does!

6. It helps with pain relief

Child birth can be painful, and it may feel better for women when they push – and this sometimes includes pushing out everything!

7. It’s better to go BEFORE or DURING labour

Try to go to the bathroom before giving birth, if you have time, or even during labour, as going after birth can be very painful – especially if you’ve needed stitches. The castor oil ‘clear out’

Debra says in the 1960s, it was common for women to be given an enema or castor oil to help them empty their bowel. Oh my!

Castor oil is a liquid laxative and can be a forceful way to go to the bathroom, often causing diarrhoea, cramping and vomiting.

“Now we know how unnecessary it really is,” says Debra. “Nature has a way of dealing with it.” Thank goodness!

Debra adds: “If you’re still feeling a bit shy about pooing while giving birth, that’s okay. But just know, it doesn’t bother us [medical professionals] – not even in the slightest.

“We are so used to it and have become the masters of disguise and are so quick to wipe it away that no one will even know it’s happened!”