Warning: These images may be a little graphic

A stunning birth photo has revealed just how AWESOME the human body is!

The snap, which has gone viral, shows how a woman’s bone moves backwards as she is about to give birth.

Our bodies are AMAZING!!! I love witnessing its majesty! This second time mom had a precipitous/rapid birth and used chiropractic care throughout her pregnancy & postpartum @cafeoflifedallas “The rhombus of Michaelis (sometimes called the quadrilateral of Michaelis) is a kite-shaped area that includes the three lower lumber vertebrae, the sacrum and that long ligament which reaches down from the base of the scull to the sacrum. This wedge-shaped area of bone moves backwards during the second stage of labour and as it moves back it pushes the wings of the ilea out, increasing the diameters of the pelvis. We know it’s happening when the woman’s hands reach upwards (to find something to hold onto, her head goes back and her back arches. It’s what Sheila Kitzinger (1993) was talking about when she recorded Jamaican midwives saying the baby will not be born ‘till the woman opens her back’. I’m sure that is what they mean by the ‘opening of the back’. “The reason that the woman’s arms go up is to find something to hold onto as her pelvis is going to become destabilised. This happens as part of physiological second stage; it’s an integral part of an active normal birth. If you’re going to have a normal birth you need to allow the rhombus of Michaelis to move backwards to give the baby the maximum amount of space to turn his shoulders in. Although the rhombus appears high in the pelvis and the lower lumbar spine when it moves backwards, it has the effect of opening the outlet as well. “When women are leaning forward, upright, or on their hands and knees, you will see a lump appear on their back, at and below waist level. It’s much higher up than you might think; you don’t look for it near her buttocks, you look for it near her waist. (Text credit @Dr Sarah Wickham) ? North Dallas Doula Associates #chiropractor #chiropracticadjustment #chiropractic #bestdoulasindallas #northdallasdoulas #ndda #childbirth #unmedicated #naturalbirth #birth @TLC @Discovery @taprootdoula @birthwithoutfear

North Dallas Doula Associates first shared the image of an expectant mum squatting over a hospital bed with a clear bugle in her lower back.

That bulge is the rhombus of Michaelis. This area moves backwards during the second stage of labour and is known as the ‘opening of the back’ and is ‘completely normal’. 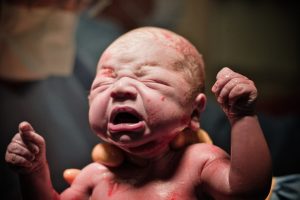 This movement allows your baby the maximum amount of space to turn as they come out.

“The rhombus of Michaelis is a kite-shaped area that includes the three lower lumber vertebrae, the sacrum and that long ligament which reaches down from the base of the scull to the sacrum,” the post reads.

“This wedge-shaped area of bone moves backwards during the second stage of labour and as it moves back it pushes the wings of the ilea out, increasing the diameters of the pelvis.

“We know it’s happening when the woman’s hands reach upwards (to find something to hold onto, her head goes back and her back arches.” 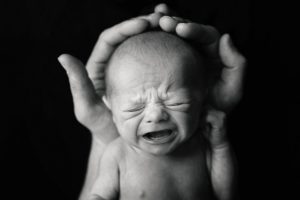 ‘I’m thankful to witness this every day miracle’

“As a doula of 20 years I have been witness to this phenomenon many times but have not had the opportunity to capture it” Melissa tells The Healthy Mummy.

“I knew it was happening because I initially was giving her sacral pressure to counteract the discomfort.

“When I felt her bones start to open I removed my hand, stepped back and snapped this picture.

“It is important to me that we support a culture that sees birth as normal, natural and healthy, and that it is allowed to unfold physiologically, as the perfect design we know it to be.

“I knew people would find it interesting, but I was not prepared for the amount of worldwide interaction that followed.

“At the end of the day, I am just thankful to be able to witness these every day miracles.”

The snap was also shared by Tangi Birth Services then reposted thousands of times.

Thanks so much for giving us permission to share the snap, Melissa. Join our huge communities with hundreds and thousands of mums just like you. We have lots of closed Healthy Mummy Facebook groups to suit you. Find them all HERE!

This healthy and delicious version of a Mexican Style Lasagne is ideal when following the 28 Day Weight Loss Challenge. PLUS get LIFETIME access to our…
END_OF_DOCUMENT_TOKEN_TO_BE_REPLACED

The Healthy Mummy is committed to supporting and empowering mums of all ages and in different stages of their life. That includes the particularly special…
END_OF_DOCUMENT_TOKEN_TO_BE_REPLACED

Whilst Covid 19 has caused various disruptions to health services in the past year, it has also led to a potentially positive change for pregnant…
END_OF_DOCUMENT_TOKEN_TO_BE_REPLACED