Brrrr, it’s getting chilly! If you’re expecting between now and August and feel like giving your little one a seasonal name, we’ve rounded up our favourite autumnal and wintery baby names. Check them out below! An English girl’s name that indicates the orange-yellow gemstone.

You may recognise this name from Love Actually, but this Latin name means “golden.”

Italian boy’s name meaning “brown.” Use the female version Bruna if you have a baby girl. Hebrew girl’s name meaning “autumn rain.” We also like Jorah for a boy like the Game of Thrones character!

English boy’s name meaning “from or near the red meadow.” 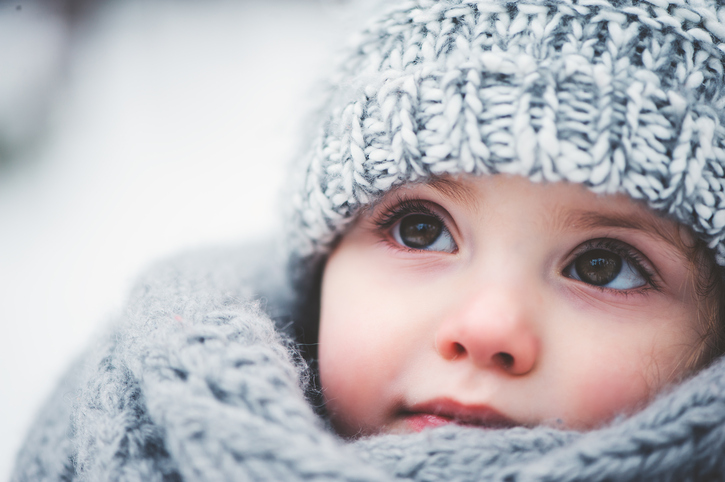 American unisex name that is named after the Aspen tree. It’s also the name of a fancy ski resort!

Though this Latin boy’s name means “curly haired,” it just makes you think of a crisp, cold winter’s day! It’s a traditional English one meaning “God is gracious”, but it can be a subtle reference to Jack Frost.

Irish girl’s name meaning “snow” that can also be anglicised with the spelling Neve.

Although they’re from the Northern Hemisphere, these birds are a common sight during winter. Use the girl option Robyn for your daughter.

Yes it may be obvious but it’s getting to be quite popular. In fact, Nicole Richie and Joel Madden chose this for daughter Harlow’s middle name.

Not inspired? Check out The Most Popular Baby Names From The Last 100 Years.

Charlotte, Oliver, Mia and Jack have been dominating the baby name charts for years! And while they remain extremely popular with parents-to-be across the globe,…
END_OF_DOCUMENT_TOKEN_TO_BE_REPLACED

Some experts suggest there are certain characteristics that you should look out for to tell whether your little genius has a high IQ.
END_OF_DOCUMENT_TOKEN_TO_BE_REPLACED

Mum-of-four Chrissy Horton discovered this amazing newborn sleep tip she wished she had known it for her other 3 kids. Find out what it is!
END_OF_DOCUMENT_TOKEN_TO_BE_REPLACED