As a new mum one of the decisions most of us have to make is when do we go back to work? Often this decision is made for us with no choice but to return to work after the 18 weeks Government Paid Parental Leave. But according to a new study, returning to work early won’t harm your child’s development.

If you are one of the mums who has to go back to work early and you feel guilty about it, you need to stop!

Researchers have found there was little cognitive or behavioural difference in children beginning school whose mothers had returned to work before they were two, compared to the children of mothers who had stayed at home with them for the first two years.

The study looked at thousands of children born in the UK, USA and Australia in the early 2000s. They followed children and families from birth until they entered primary school.

Researchers examined the number of hours mothers worked, their earnings and the numbers of hours that children spent in childcare.

The results concluded that the mother going back to work before the child is two has no negative impact. In fact, in the case of children from low-income backgrounds it may even be beneficial to their development.

And for those of you who work part time? The research showed that the children of mothers who worked part-time between 9 and 24 months after childbirth actually benefited with their behavioural skills.

So if you have had to go back to work early, for financial reasons or just because you love your job, don’t worry, the kids will be fine! 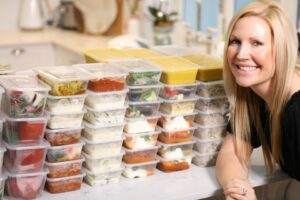 My Top 8 Must Make Freezer Meals 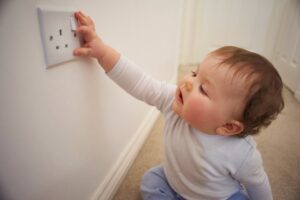 5 Areas Of Your House That You MUST Childproof 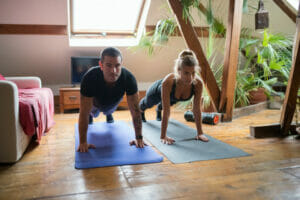 Couples who sweat together, stay together