Previous article
Health › Are Forward-Facing Car Seats The Safest Option For Our Babies After 6 Months?
Next article

Ever since a mum shared a horrific image of the damage caused by a seatbelt during a car accident, a great debate has been sparked on whether the safety standards in Australia should be adjusted. Therese, a UK-based mum-of-three who blogs under the name ‘ERF Mummy’ (Extended Rear-Facing), posted the below shocking pic on Facebook.

“This is what a seat belt injury looks like on an adult – who was correctly secured in the car and had a frontal collision,” she wrote.

“It looks very bad doesn’t it. You can see clear trauma to the muscles and tissue of the breast as well as some minor lacerations to the neck from the seat belt burning into you on impact.

“This was an adult – imagine this type of an injury or worse on a child.”

Currently, the law states that babies should be in a rear-facing car seat until they are at least six months old.

After this they must be restrained in a suitable and properly fastened and adjusted rear facing OR forward facing approved child restraint that has an inbuilt harness.

Between the ages of four and seven kids must be placed in a suitable and adjusted approved car seat that has an inbuilt harness or a properly positioned booster seat. 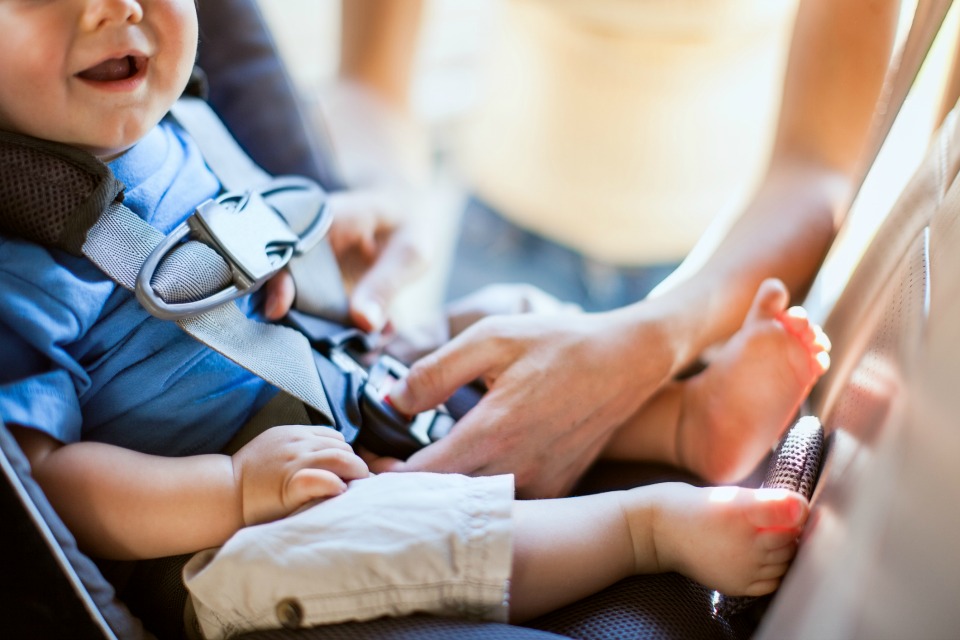 However, these views are not shared around the world.

The American Academy of Pediatrics advises parents to keep toddlers in rear-facing car seats until they are two years old, or until they exceed the height and weight limit for the car seat, which may be well past the second birthday.

Under California law, children under two years of age must ride in a rear-facing car seat unless the child weighs 18kg or more OR is over 100cm tall.

The British government advises that parents turn their children forward facing in a car seat at nine months.

In most European countries, including Sweden, children stay in rear facing car seats until they are four years old. 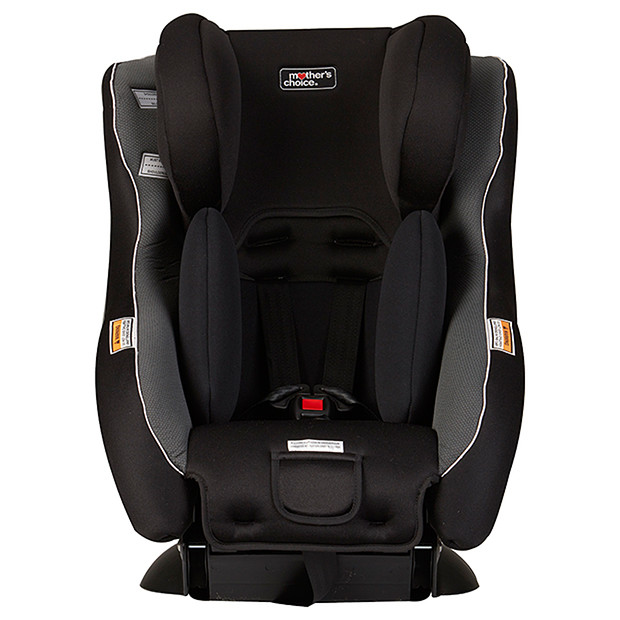 Do the laws need to be changed in Australia?

“Australian laws are built to what is the absolute bare minimum that will keep our babies and children safe. The minimum being six months that a baby has to stay in a rear-facing car seat,” she tells The Healthy Mummy.

“These laws absolutely need changing. Australia is at the forefront of child restraint development but when it comes to Australian Law we are so far behind the rest of the world.

“I would like to see the laws changed that children must remain rear facing until two years as a minimum. Australian law is quite shocking, especially as research has shown, conclusively, that keeping your baby & child rear facing until the age of four is 500 times safer in the event of a collision.”

In the last three years, Helpful Hands Child Car Restraints have documented cases of children under the age of two years who have had to endure major surgery and rehabilitation, including the use of a HALO (for reattachment of head and spine) and then relearn the basics which include learning to walk.

“The force on the spine and head is enormous and can cause catastrophic injuries or worse death.There are ongoing petitions for the laws to be changed.”

Legal requirements for child restraints and booster seats in Australia:

What Are The Recommended Requirements?

While there are legal requirements, you might want to consider the recommended requirements. These are an indication of best practice child safety and are not enforced by the law.

However, your child will be a lot safer if you follow best practice guidelines for restraining your child in the car.

Remember, a child restraint only has the ability to keep your child safer if it is correctly fitted and adjusted every single time it is used.

Keep babies & toddlers in a rear-facing car seat with in-built harness for as long as possible – until at least 2 to 3 years old.

Keep pre-school and early school age children in an in-built harness car seat for as long as possible – until at least 5 to 8 years old.

Keep older school age children in a booster seat with full adult seatbelt for as long as possible – until at least 8 to 10 years old.

Keep all children in the back seat of the car for as long as possible – until at least 12 years old.

What do you think? Is six months old too young to be moving your baby into a forward-facing car seat?

Meanwhile, parents are being warned of the potentially dangerous breathing problems long car trips could pose for newborns strapped in car seats. It’s prompted authorities to release new advice to parents on traveling with premature and full-term newborns.

Grab these ten great value foods to give your pantry, and your meals, a quick and nutritious boost! Plus 10 recipes using budget pantry staples.
END_OF_DOCUMENT_TOKEN_TO_BE_REPLACED

The new breakthrough study has identified a biochemical marker that could help detect babies more at risk of SIDS, while they are alive.
END_OF_DOCUMENT_TOKEN_TO_BE_REPLACED

We are so excited Fiona Falkiner’s, The Biggest Loser’s former host, health and body transformation. She is looking so healthy, strong and confident and we…
END_OF_DOCUMENT_TOKEN_TO_BE_REPLACED