Coronavirus has sent us all into self-isolation, with our normal daily and weekly activities grinding to an abrupt halt.

But you don’t need to feel bored during this unexpected crisis. Thankfully, we live in a time of Netflix and a heap of binge-worthy TV series at our finger tips.

Here at The Healthy Mummy we have complied together a list of our favourite funny TV shows to help your quarantine time pass quickly and lift your spirits. Check out our list below…

This British TV show is about a teenage boy (Asa Butterfield) who has a sex therapist mum. He teams up with a high school classmate to set up an underground sex therapy clinic at school.

“Is there a more recognizable, self-assured, incredibly specific wardrobe to be found anywhere in pop culture?” – @GQ (?: @jason_nocito_studio)

Larry David, a famous television writer and producer, gets into various misadventures with his celebrity friends and colleagues in LA.

Get ready for us disasters hitting #gbbo tomorrow evening on #channel4 @ 7.40pm ?

Derry Girls follows four teenagers (three mouthy girls and one English boy) in a Catholic school in Northern Ireland in the 1990s, a turbulent time at the tail end of the Troubles. However, despite their uneasy environment, they still have the same issues every other teenager experiences.

Frayed is an Australian and British television comedy drama series. It’s about a wealthy London housewife is forced to return to her hometown of Newcastle, Australia.

Upon her return home, she is forced to confront her difficult past that led her to leave as a teenager in the first place.

This TV show is about a dry-witted woman, known only as Fleabag. She has no filter and navigates life and love in London while trying to cope with tragedy.

The Morning Show is an American drama web television series about people who work in morning television, and stars Jennifer Aniston, Reese Witherspoon, and Steve Carell.

It’s hard enough living with yourself, let alone actually… Living with Yourself.

Starring Paul Rudd, this series is about man who is fed up with life and undergoes a mysterious treatment, only to discover that he has been replaced by a better version of himself.

Long before the American version of the show aired, David Brent (Ricky Gervais) was making us laugh and cringe in this hilarious show.

Eleanor (Kristen Bell) is a deceased saleswoman who lived a bit of a shady life. She finds herself in a heaven-like afterlife… later finding out that it’s a case of mistaken identity! She tries to hide her past in order to stay there.

The three best friends that anybody could have ?

Following the life of Sam, who is a teenager on the autism spectrum, and how he deals with his dysfunctional family, dating and friendships.

Fangirling over this friendship until otherwise noted.

Starring Christina Applegate, this show is about a recently widowed woman called Jen who becomes unlikely friends with Judy, who has suffered her own losses.

Featuring a star-studded cast, including Amy Poehler, Rashida Jones and Chris Pratt. The show follows the life of Leslie Knope, a perky, mid-level bureaucrat in the Parks Department of Pawnee, a fictional town in Indiana.

A laugh-out-loud comedy about the Bluth family, a wealthy family who are extremely eccentric and dysfunctional. Starring Jason Bateman, Michael Cera, Portia de Rossi, Will Arnett.

The cast arriving at @92ndstreety for an hour-long conversation with @rilaws last week. Now available to watch online, it’s worth the time if you have it – watch via the link in our stories! ⬆️

A Canadian TV series about a married couple suddenly go bankrupt and the only remaining asset they have is an ugly small town named Schitt’s Creek.

On the third day of Christmas, Sharon gave to moiye… 3 FOXXY HENS KATH: Sharon gave me a beautiful picture of my hens night, we all looked tizzy! Kim’s a doppelganger for Britney Spears. (Well… more like her sister Asparagus!)

Kath and Kim are Australian treasures. This show follows the relationships of a cheerful 50-something divorcee and her spoilt, ever complaining, 20-something daughter.

Suits is set at a fictional law firm in New York and follows talented college dropout Mike, who starts working as a law associate for Harvey Specter despite never having attended law school.

An American crime comedy-drama television series about sisters Beth and Annie and their best friend Ruby. They become fed up with playing by the rules and band together to take control of their lives, and hold up a local grocery store.

We love this Australian mockumentary television sitcom, which was written by and stars Chris Lilley. He plays an over-the-top drama teacher called Mr. G., an exchange student called Ja’mie and a misbehaving, break-dancing student called Jonah.

Following the lives of four high school friends in the UK, as they move from awkward teenagers to young adults.

Workin‘ Moms is a Canadian television sitcom about a group of friends who are dealing with the challenges of being working mothers.

Top tips on how to limit the QUARRELLING during QUARANTINE

The 28 Day Weight Loss Challenge has everything you need to stay fit and healthy! Join today! 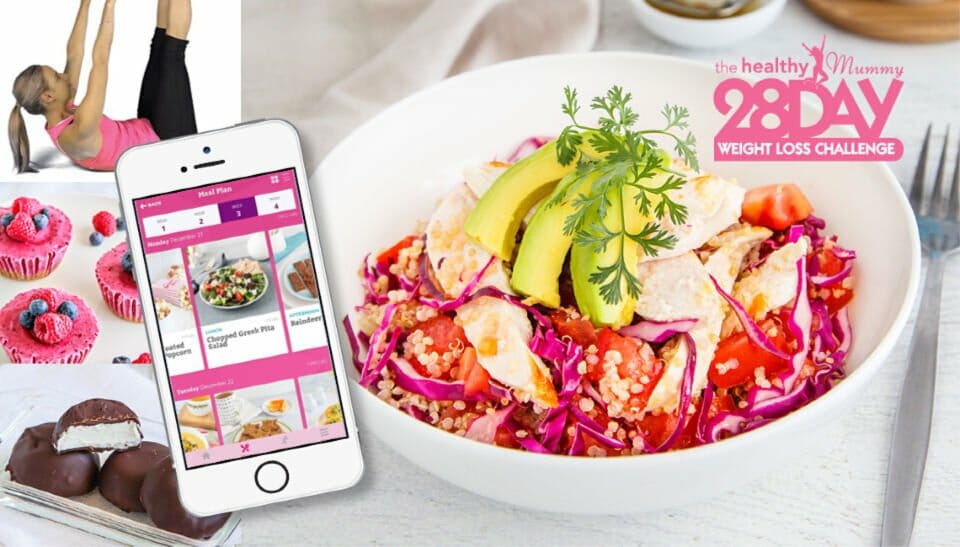