While it may seem like a rewarding job on the outside, many Australian midwives have admitted they’ve had enough.

In fact, nearly half of them reveal they have considered leaving the profession due to being overworked, burnt out, bullied and having high and unreasonable expectations. Experts found that 43% of midwives had thought about resigning within the last six months due to poor staffing levels and unmanageable workloads.

The average age of midwives in Australia is 47, and study co-author Associate Professor Mary Sidebotham has described their workloads as “high, unreasonable and stupid”.

“A significant number of midwives wrote about the unrealistic expectations placed on them especially in postnatal wards where there were tight time-frames to discharge women which subsequently required adopting a ‘tick off’ mentality,” she said.

“There is also increasing evidence that suggests midwives providing continuity of care to women experience less burnout, anxiety and depression compared to midwives working in the more common fragmented and medicalised model.” 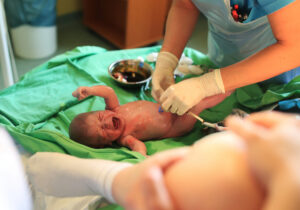 “We are finding that women coming in to give birth have more complex needs and require more one-on-one care, and sometimes that’s not always possible due to staffing issues,” she says.

“On top of that, unfortunately women who come in and birth quite easily are getting not as much attention as they should. It can sometimes feel like a production line.”

Liz Wilkes, managing director of My Midwives, says she’s not surprised by the findings.

“It is a really challenging time for the profession,” she told the publication.

“There is a widespread need for reform because midwives are dealing with a changing demographic of women who are having babies who have different needs.

We are seeing things like rising prenatal and postnatal depression. The job of midwives is more complex than it ever has been.”

80% of mums felt like their interactions with midwives were rushed

Millions of Australian households are set to be slugged by soaring electricity costs - Get these great budgeting tips.
END_OF_DOCUMENT_TOKEN_TO_BE_REPLACED

As a new study has found that parents are getting so much less sleep than anyone ever realised!
END_OF_DOCUMENT_TOKEN_TO_BE_REPLACED