Scientists have discovered a simple blood test can detect the first signs of breast cancer five years before symptoms appear.

Researchers at the University of Nottingham are developing the simple test which they say identifies the body’s immune response to substances produced by tumour cells.

Cancer cells produce proteins called antigens that trigger the body to make antibodies against them – autoantibodies.

Researchers have found these tumour-associated antigens (TAAs) are good indicators of cancer.

They developed panels of TAAs that are associated with breast cancer to detect whether there are autoantibodies against them in blood samples taken from patients. Autoantibodies against a number of TAAs can be detected up to five years before clinical signs of the tumour.

In a pilot study the scientists, part of the Centre of Excellence for Autoimmunity in Cancer (CEAC) group at the School of Medicine, University of Nottingham, took blood samples from 90 breast cancer patients at the time they were diagnosed.

They matched them with samples taken from a control group of 90 patients without breast cancer.

PhD student Daniyah Alfattani, who was in the research group, said: “The results of our study showed that breast cancer does induce autoantibodies against panels of specific tumour-associated antigens.

“We were able to detect cancer with reasonable accuracy by identifying these autoantibodies in the blood.”

Their research found the more panels of TAAs they used the higher the accuracy for detecting cancer, with a panel of nine antigens correctly detecting breast cancer in 37% of the samples from cancer patients and correctly identifying 79% of the control samples as being cancer-free.

Ms Alfattani added: “We need to develop and further validate this test. However, these results are encouraging and indicate that it’s possible to detect a signal for early breast cancer.

“Once we have improved the accuracy of the test, then it opens the possibility of using a simple blood test to improve early detection of the disease.”

The scientists are now testing samples from 800 patients and estimate that, with a fully-funded development program, the test could be available in the clinic in about four to five years.

According to the Cancer Council, breast cancer is the second most common cancer in women in Australia.

In a recent study being a morning person was associated with a lower risk of developing breast cancer than being an evening person.

One in seven women will develop breast cancer at some stage in their lives. Previous studies have shown a link between night shift work and risk of breast cancer, thought to be due to disrupted sleep patterns, light exposure at night, and other lifestyle factors. Read more on the study HERE.

Know the facts! We recently shared some very helpful information that you can read HERE about the stats and facts of breast cancer.

How The Healthy Mummy helped this mum battle breast cancer 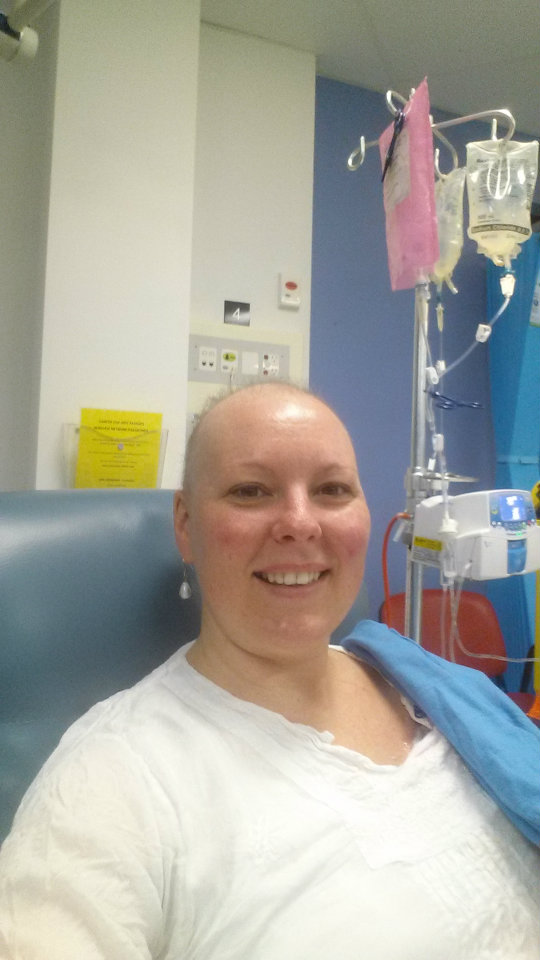 Sachelle Huby didn’t realise just how strong she had to become until she was diagnosed with breast cancer.

In May 2017, Sachelle, was diagnosed with breast cancer in her right breast.

Sachelle soon underwent surgery and treatment. Thankfully it was a success and while the cancer had left her system, Sachelle’s body, health, and mental health now needed some looking after.

Sachelle had put on 15kg* in 6 months and felt extremely depressed.

“I found The Healthy Mummy on Facebook, some friends had liked a page and I decided I needed to do something now.” Find out more about how The Healthy Mummy can HELP YOU!

Grab these ten great value foods to give your pantry, and your meals, a quick and nutritious boost! Plus 10 recipes using budget pantry staples.
END_OF_DOCUMENT_TOKEN_TO_BE_REPLACED

The new breakthrough study has identified a biochemical marker that could help detect babies more at risk of SIDS, while they are alive.
END_OF_DOCUMENT_TOKEN_TO_BE_REPLACED

We are so excited Fiona Falkiner’s, The Biggest Loser’s former host, health and body transformation. She is looking so healthy, strong and confident and we…
END_OF_DOCUMENT_TOKEN_TO_BE_REPLACED