Grandfathers can be very different from grandmothers. Grandmothers dote, nurture, and feed us. (Want a cuppa and a cookie?), while sometimes grandfathers are often known to complain, demand a cuppa, hand out money and the occasional piece of advice.

But spending time with Grandad comes with other perks too!

6 benefits of spending time with Grandad

One study of 351 grandfathers found that grandfathers who are involved with their grandkids reported fewer symptoms of depression than those who were less involved.

A similar study found kids who grow up to have greater emotional closeness with grandparents are less likely to be depressed as adults.

Grandpa is often the favourite

Another British study of maternal grandparents showed that children prefer grandmothers over grandfathers until they near the teen years, at which time the preference begins to even out. Among teen boys, grandfathers are named as the ones with whom they “get on best.” 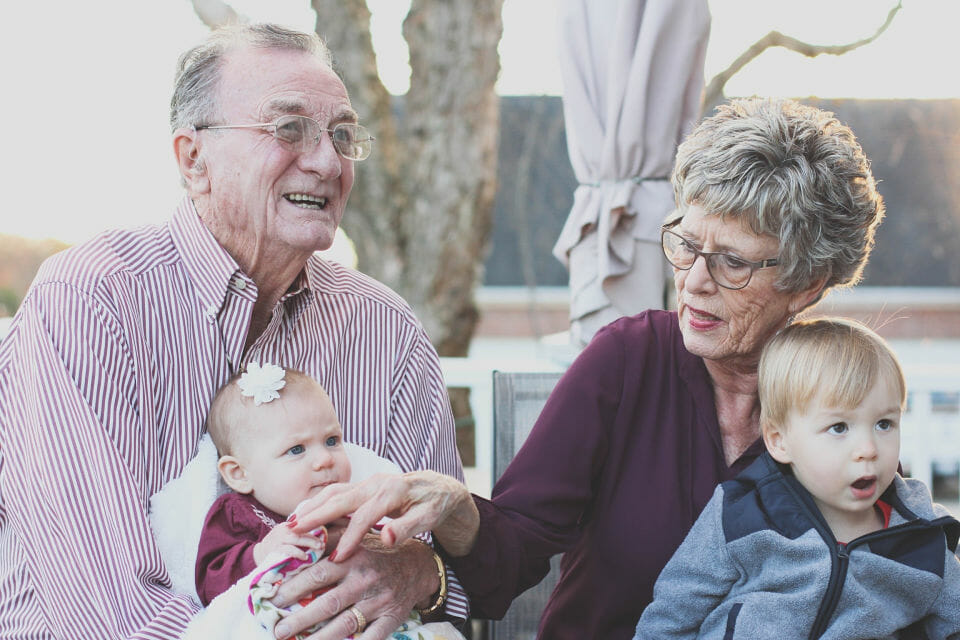 Another study, published in the journal Child Development, found that kids who spend quality time with their grandparents were less likely to hold “ageist” opinions about older people.

A 2011 study found that the age when their grandchildren were born could actually determine a kid’s life expectancy.

The research revealed that the older a child’s paternal grandpa was, the longer telomeres (a chromosome) they’re born with. Telomeres get shorter the older people get, often causing age-related illnesses. The longer these are at birth, the slower this process is.

Grandparents who babysit grandkids live longer than those around the same-age without child-rearing responsibilities, according to recent research.

The Berlin Ageing Study of 500 pensioners found that grandparents who babysit had a 37% lower mortality risk than adults of the same age with no caring responsibilities. (More on that HERE!)

Learning about the past and good old fashioned values

Grandpa can teach children all about history, their family’s past and some good old fashioned values that can then be carried on through the generations.

Get your parents active and healthy with our 28 Day Weight Loss Challenge, suitable for everyone!

Like this 62 Year Old Grandma who proves that age is no barrier when it comes to improving your health! As a new study has found that parents are getting so much less sleep than anyone ever realised!
END_OF_DOCUMENT_TOKEN_TO_BE_REPLACED

CHOICE has also released some tips on how to save at the supermarket, keep food longer, save on energy bills and tackle the rising petrol…
END_OF_DOCUMENT_TOKEN_TO_BE_REPLACED

For eight schools in NSW, the traditional school start and ending times have come to an end for a period of time.
END_OF_DOCUMENT_TOKEN_TO_BE_REPLACED

According to a study by UK parenting website Bounty.com, there is a perfect combo of kids to have a happier family life.
END_OF_DOCUMENT_TOKEN_TO_BE_REPLACED

Well according to Dietitian Vidhi Chawla teaming up different food items can actually be really beneficial when it comes to losing weight.
END_OF_DOCUMENT_TOKEN_TO_BE_REPLACED