We all feel it – the joy that is mum guilt. But mum-of-two and self-confessed gin-lover Katie Kirby has finally put mum guilt in its place with a brilliant comic strip that will have you laughing out loud and possibly peeing your pants a little bit.

If you’ve ever felt the twangs of guilt that comes with parenting, then you seriously NEED to read this. 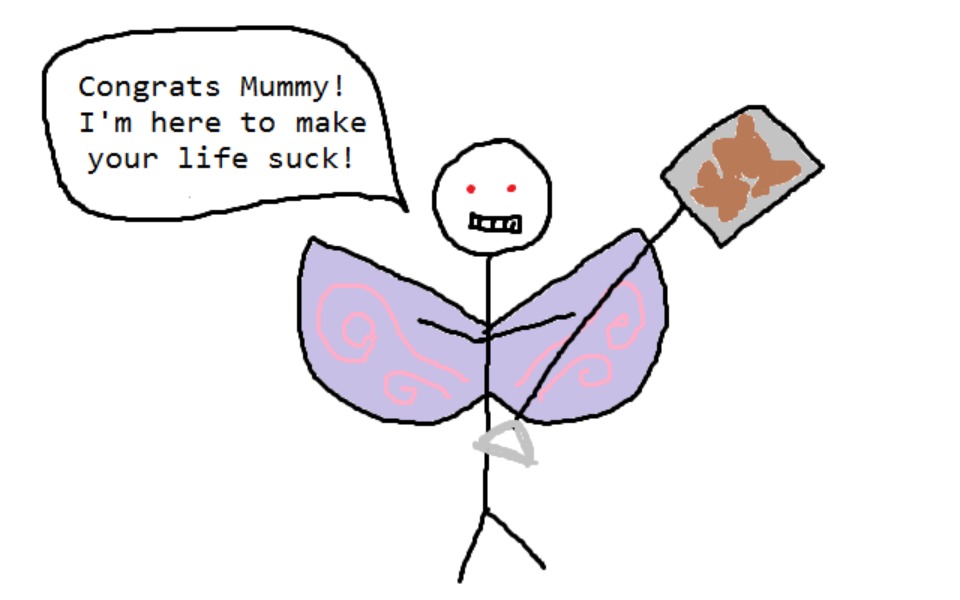 “Not everybody knows this but when you give birth to your first child you also give birth to a little fairy. She’s kind of like Tinkerbell but WAY uglier.”

This is how Katie, the mother behind the brilliant blog, Hurrah for Gin, starts out her tale about the Shitty Guilt Fairy – the fairy who follows mums around, making them feel bad for their parenting decisions.

Give Birth; Get Guilt Fairy 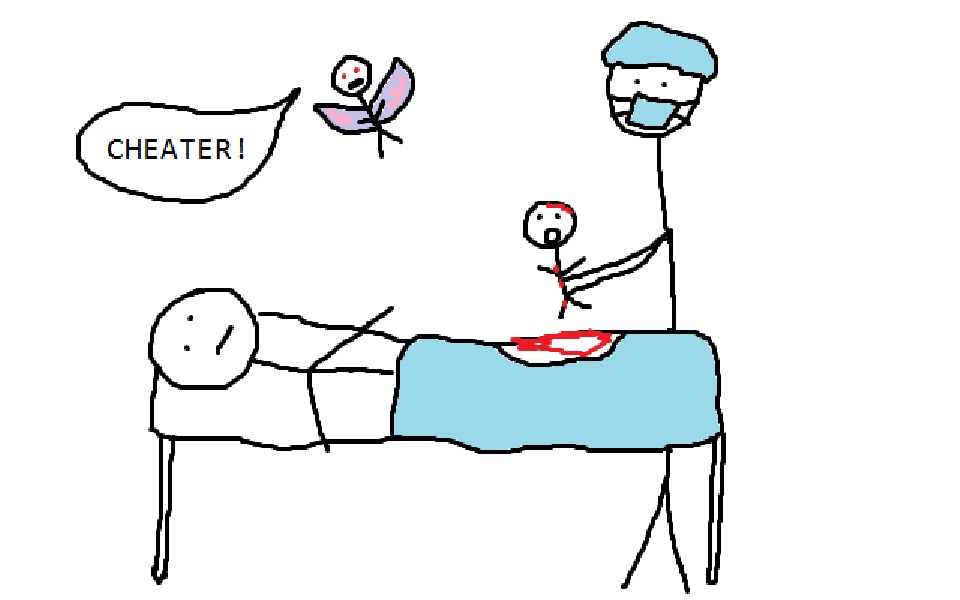 But no, the Shitty Guilt Fairy’s job doesn’t end there. She continues to stick by your side, poking you with guilty thoughts for your choice in sleeping tactics and feeding decisions.

And, as Katie so cleverly clarifies, “she has an absolute field day if you dare to go back to work after maternity leave.”

The Shitty Guilt Fairy especially loves to ruin any moments that mums take for themselves. Because what’s a bit of ‘me time’ without a side of guilt? “Unfortunately there is not much you can do to remove the Shitty Guilt Fairy from your life; she will likely stay with you in varying forms and strength until you die,” Katie asserts.

But with a bit of logic, you can silence her. Simply look at your kids – Are they happy? Are they healthy? Are they somewhat clean and fed?

Then you’re doing it right and the Shitty Guilt Fairy can get stuffed.

Making Mum Guilt Go Away, One Logical Thought At a Time

But, as Katie explains, the Shitty Guilt Fairy is very persistent and even logic can’t always stop her. So when she’s flapping around your head again like an annoying mosquito, Katie recommends “drowning the bitch in wine because wine is the solution to most* of life’s problem.”

So, to all you mums out there who feel those annoying and awful twangs of guilt anytime you feel too tired to play with the kids, or have to work on a weekend, or simply feel like taking a day off from housework, just remember the story of the Shitty Guilt Fairy. You can’t stop her from coming around, but you can push her to the side with reason, logic…and wine. 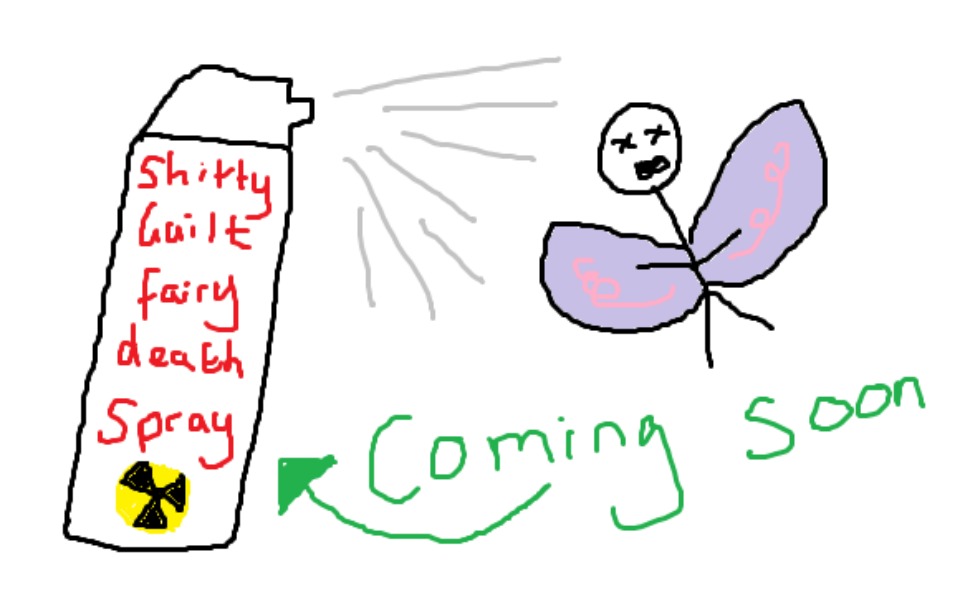 And, while you’re taking time for yourself, check out these seven reasons why it’s perfectly okay to have a day off from being perfect.