Previous article
Lifestyle › The baby name debate begins for Laura and Matty J, with some interesting options
Next article

Laura and Matty J chat baby names and some of them are already getting a no-go from Laura.

After announcing the exciting news that there is a baby on the way for the former reality TV stars on Saturday, Laura joined Matt and his Nova Summer Breakfast Show co-hosts to chat baby name options.

I’m so bad at keeping secrets so I’m EXTREMELY excited to let everyone know, we are having a little baby! @ladyandacat I love you more than words can describe and I can’t wait to start our family together. WE ARE GOING TO BE PARENTS!! ❤️❤️❤️ ? @barton.louis

The couple revealed they have opposing views on whether they will find out the sex of the baby with Matt keen to find out and hoping for a boy saying, “I’ve already started calling it a he.”

Laura is 15 weeks along and they have already started throwing out some baby name options with Laura telling Matt’s co-hosts Matt De Groot and Sarah McGilvray about one time Matt made a name suggestion.

“Matt came home the other night and said ‘look babe, I’ve got a name. And I don’t want you to just say no straight away. I really want you to consider this,” Laura was saying

That’s when Matt’s Nova co-host Sarah chimed in saying, “He’s been bragging to us that maybe you don’t get a say.” Matt then claimed to not remember saying that at all.

Sarah went on to explain that she had been schooling Matt on how things go and that the mum has the final say in any baby name debate and that he shouldn’t go up against a pregnant woman.

Laura quickly agreed saying, “He gets Johnson. So I get the rest.”

WE ARE HAVING A BABY? ?? !!!!Old mate @matthewdavidjohnson and I are beyond excited to finally be able to share that I’m cooking an orange sized baby Johnson-Byrne. Happy doesn’t even come close ❤️ (Have a look at the last picture – it’s little hand is waving at everyone ?? my heart) #15weeks #comingjune . . ? @barton.louis

But this won’t prevent the couple from having a tough time settling on a name with Matt sharing some of his top picks which could be seen as out-of-the-box, including River, Phoenix, Moon and the really interesting suggestion Metallica.

Laura gave the impression on the show that she had already vetoed these options saying, “I think some of them are a bit too…Bondi…maybe,” although she’s not against out-of-the-box thinking adding, “I’d be okay with something alternative though.”

We are sure the happy couple will love whatever name they decide on for their bundle of joy but if they want some inspiration we have 2018’s top trending baby names.

A bachelor baby is on the way!

It’s official! And we are so excited for them!! After sad news earlier in the year with a devastating miscarriage, it has now been confirmed that Matthew Johnson and Laura Byrne are expecting their first child together – HOORAY!!

The former Bachelor stars made the announcement in an interview with The Daily Telegraph revealing that they are 15 weeks into the pregnancy.

“I couldn’t think of a better way to end the year,'”Matty, 31, told the newspaper. 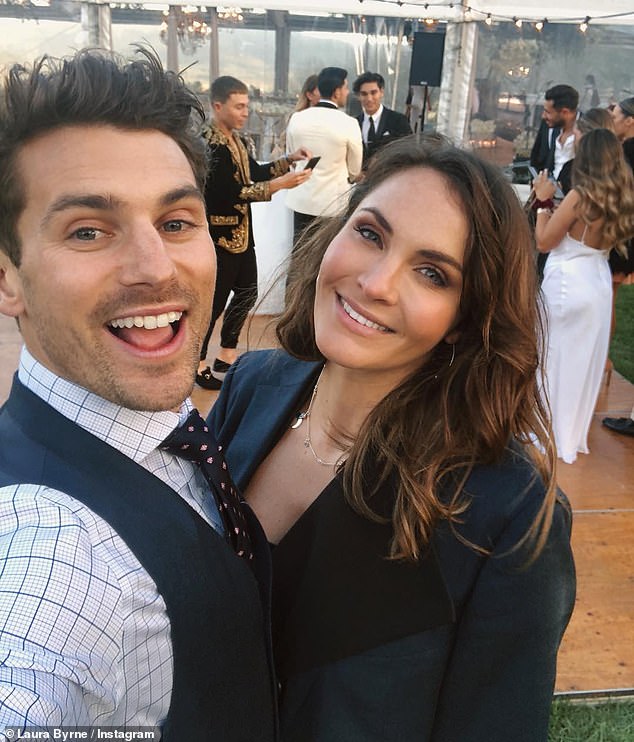 After discovering they were expecting back in June, the couple tragically lost the baby seven weeks into the pregnancy.

“We’d heard so many stories about how it had been so difficult for some people, and obviously, we thought it was going to be difficult for me because of what had already happened,” Laura, 32, said of falling pregnant a second time around. 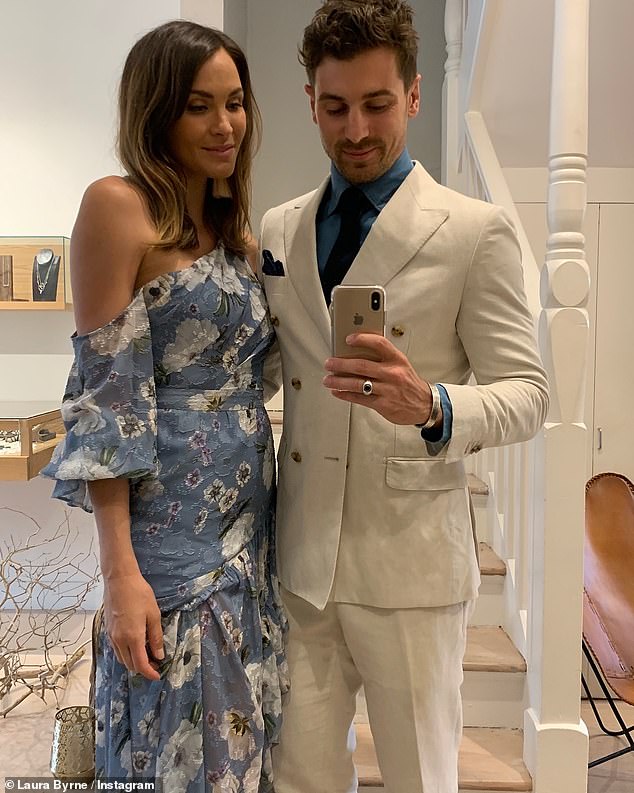 Coming soon! The former Bachelor stars made the announcement in an interview with The Daily Telegraph on Saturday, revealing they are 15 weeks into the pregnancy 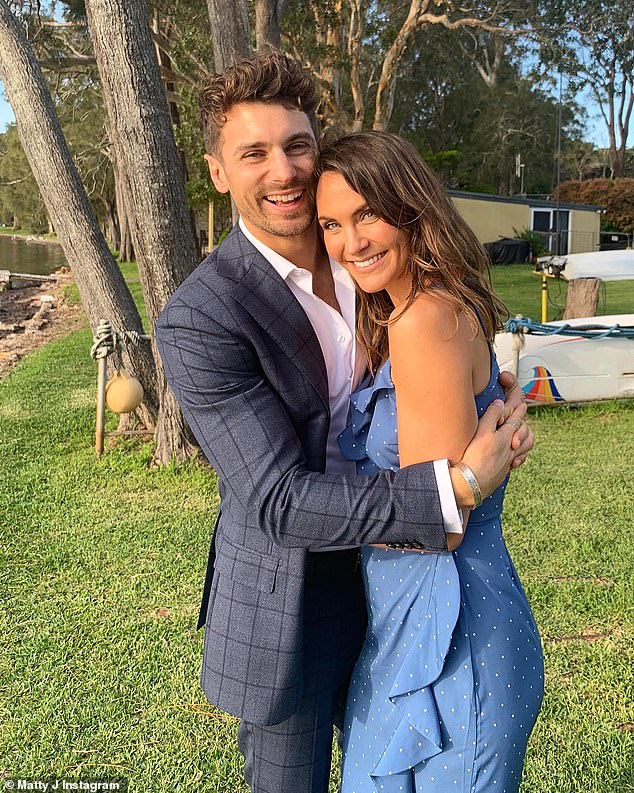 Excited: “I couldn’t think of a better way to end the year,” Matty told The Daily Telegraph of the couple’s pregnancy

“When you’ve had a miscarriage, you worry if there is something wrong with you.”

The couple is due in June 2019, but are uncertain as to whether or not they’ll find out the gender of the baby before then. 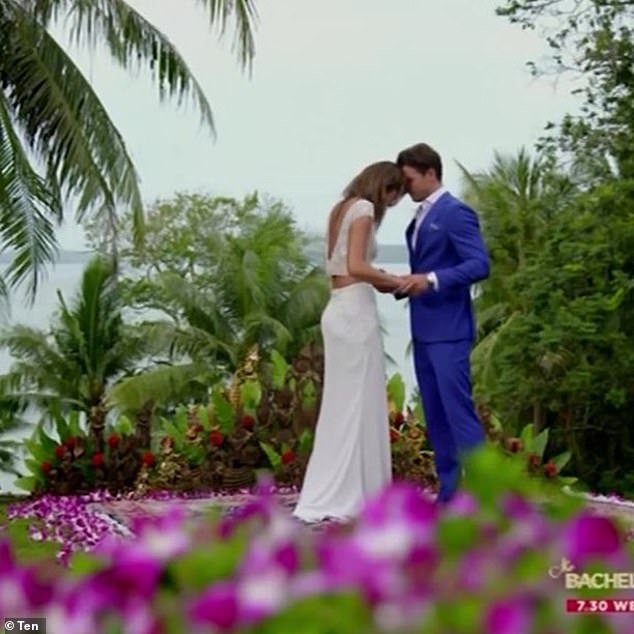 Reality romance: Matty and Laura fell in love on The Bachelor in 2017
We are so happy for them and what a GREAT way to end 2018!!

Millions of Australian households are set to be slugged by soaring electricity costs - Get these great budgeting tips.
END_OF_DOCUMENT_TOKEN_TO_BE_REPLACED

As a new study has found that parents are getting so much less sleep than anyone ever realised!
END_OF_DOCUMENT_TOKEN_TO_BE_REPLACED

Every week The Healthy Mummy runs different competitions with LOADS of fabulous prizes to be won! See if you are one of the lucky winners!
END_OF_DOCUMENT_TOKEN_TO_BE_REPLACED