Previous article
Health and Nutrition for Kids › Children in childcare have ‘better social and emotional skills’, study finds
Next article

All working parents will know, it’s never an easy decision to send your child to childcare – but they should feel rest assured their little ones are receiving fantastic benefits by being there.

A new study has found that kids who go to nursery have better psychological skills than those children who are looked after by family members or a childminder. The study, which was published in the Journal of Epidemiology & Community Health, found that those who attended daycare or a creche had better social skills, less behavioural problems and were less emotional compared to children who had been looked after by family or friends. 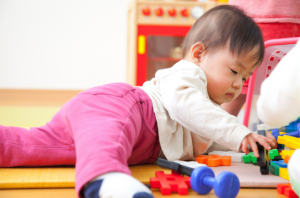 What’s more, children whose mothers had gone to college or university and/or whose mothers weren’t depressed seemed to benefit the most from formal childcare.

However, this is just one study. It doesn’t matter whether your child is in daycare, with family members or with you. At the end of the day they are all being taken care of.

Chelsea credits meal planning and prepping on the 28 Day Weight Loss Challenge for her fantastic success in dropping kilos.
END_OF_DOCUMENT_TOKEN_TO_BE_REPLACED

Cicily has shared her customised meal plan which will feature in The Healthy Mummy app this April.
END_OF_DOCUMENT_TOKEN_TO_BE_REPLACED

Are you one to carefully track your calorie intake no matter where you eat? Find out the calories in some popular Aussie Chains.
END_OF_DOCUMENT_TOKEN_TO_BE_REPLACED

Parents were warned not to purchase hard solid eggs because like grapes, they are a choking hazard.
END_OF_DOCUMENT_TOKEN_TO_BE_REPLACED

Building muscle after you age can be tricky but it can be done. After the age of 30, we lose muscle mass.
END_OF_DOCUMENT_TOKEN_TO_BE_REPLACED