A royal spokeswoman for the couple made the announcement today.

The Queen’s Granddaughter and horse riding champion Zara and her husband, former England rugby player Mike Tindall, 38, announced at the end of November they were expecting their second child – to be a brother or sister to  their nearly 3 year old daughter Mia.

A spokeswoman for the couple said: ‘Very sadly, Zara and Mike Tindall have lost their baby. At this difficult time, we ask that everyone respects their privacy.’

When they announced the pregnancy, the couple were said to be ‘thrilled’ at the prospect of a brother or sister for Mia, who is nearly three (pictured with her parents in Scotland in 2015)

Buckingham Palace declined to comment further and there has not yet been a statement from the Queen or Princess Anne – Zara’s mother.

The baby would have been 18th in line to the British throne and the 90-year-old monarch’s sixth great-grandchild.

Zara has been seen attending various events in recent past weeks, including the Queen’s Christmas lunch at Buckingham Palace on Tuesday.

Losing a baby is a difficult time in a pregnancy journey. Women and their partners need time to grieve. There is no time constraint on grieving and everyone has different coping strategies to deal with this sad time in their lives.

A friend of mine lost her first baby at 12 weeks, two days after telling everyone she was pregnant. When she told her friends about her miscarriage she was surprised how many people around her also had had miscarriages. Some had had multiple. Talking to each other about this made them realise how common it is and how good it is to talk about it. This friend has since gone on to have three healthy pregnancies and babies. What support is available?

Support is provided for anyone for any circumstance that involves the loss of a pregnancy or a child. This includes miscarriage, stillbirth and having to terminate a pregnancy due to medical and genetic illnesses.

Also assists families who have experienced the loss of a pregnancy and families who are struggling through IVF attempts.

This organisation also provides support to families. It originally began by giving families a teddy to signify not leaving the hospital with empty arms.

If you suspect you are having or have had a miscarriage seek medical attention.

Symptoms to look for include:

What can you do if you have had a miscarriage/ pregnancy loss?

There is no right and wrong way to cope with a miscarriage. Some people prefer to bottle it up, move forward and try again.

Others take a while to grieve and need a lot more time and support until they feel they can function as normal as possible.

If you feel like you need to acknowledge/ mark the loss of your baby there are few ways you can do this. If the pregnancy is greater than 20 weeks gestation then the birth needs to be legally registered and a burial/ cremation must take place. If it is before 20 weeks gestation, the decision to mark the pregnancy loss is purely up to you. Some suggestions could include;

When I was studying to become a midwife we had a beautiful mother come and talk to us about what it is like to lose a baby during pregnancy. She discussed the importance of support from family, friends and professionals. Some of the things she said to me that really stuck have stayed with me for over 10 years and when I am with families, I make sure that I make the experience the best it can be for each family’s situation. This includes respecting cultural and religious beliefs.

The mother told us that she had a lot of respect for the midwives that were part of the experience with her as they went through it with her. They didn’t just treat her as a patient with a condition. They cried with her, they stayed with her and hugged her. I understand this isn’t appropriate for all families but can be for some.

When she went home from hospital she found people treated her differently because they didn’t know what to say to her. Most people acknowledged her loss but the one thing she wanted was someone to acknowledge her pregnancy, her child, her baby. She received plenty of sympathy cards but no congratulations cards. It wasn’t until a lady at the ‘Teddy Love Club’ contacted her that someone actually congratulated her on having a baby. This has stuck with me for many years as a midwife.

Although it is a tragic time in your life, take away the positives- you can fall pregnant. You may be hurting now but nature takes its course for reasons beyond our control. 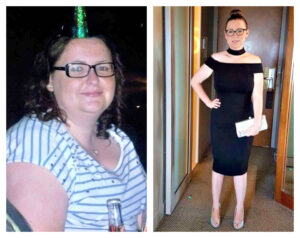 Mum drops 43kg without depriving her sweet tooth: “I can have my cake and eat it too” 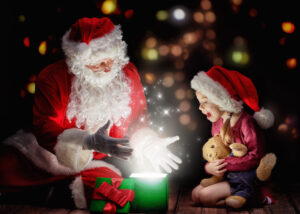 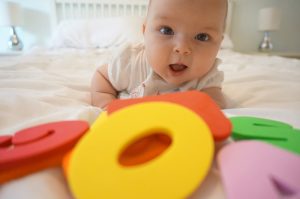