It’s time to kiss 2017 goodbye and ring in a new year! But not without a few friendly fights with the other half of course. So what little arguments can you expect on New Year’s Eve and New Year’s Day?

We’ve counted them down for you. 1. Who has to pick up the supplies

The hats, the snacks, the alcohol, the glow-sticks, the sparklers… all New Year’s Eve essentials. And all to be purchased last-minute from the extra-crowded shops, filled with other equally disorganised party-goers and parents.

2. Who forgot to get money out of the ATM

And who has to make the mad dash to the nearest EFTPOS machine so we can pay the babysitter.

3. Who gets to get ready for the night first

First in, best dressed. So who gets a leisurely hour to get ready and who gets to shower and shave in five minutes flat (and then most likely put on makeup in the car).

And thus, who has to navigate through traffic, find a parking spot and then remain sober (and awake) until midnight.

5. Who has to be the responsible parent

If you are bringing the kiddies along for the festivities, someone needs to feed them, bathe them and most likely put them to bed.

6. Who decided on the plan for New Year’s Eve in the first place

Because after all the preparation of going out, staying home and watching a movie sounds so much better… 5 fights you’ll have the day after…

1. Who has to get up to the bright-eyed, bushy-tailed, bouncing babies in the morning

Because the kids most likely didn’t make it to midnight. And, even if they did stay up a little later than normal, they’ve been waking up at 6am all throughout 2017. Why change the routine in 2018?

2. Who has to make the trek to the shops and pick up the much-needed milk for coffee

Why didn’t we pick up the milk yesterday? Oh, that’s right, because we were arguing over who had to make the trek to the overcrowded Bottle-O instead.

3. Who had too much to drink last night

And why does being hungover automatically equate to a “get out of all parenting duties”.

4. Who has had the least amount of sleep over the past year

Whoever wins this argument gets control of the remote……and the luxury of lounging on the couch all morning.

5. Whose brilliant idea was it to make family plans on New Year’s Day

It makes sense – you have a day off so why not do something fun with the family? Like host a big dinner with the in-laws? Oh, right, because it’s New Year’s Day.

And after a night of socialising and overindulging, the last thing anyone wants to do is play hostess. 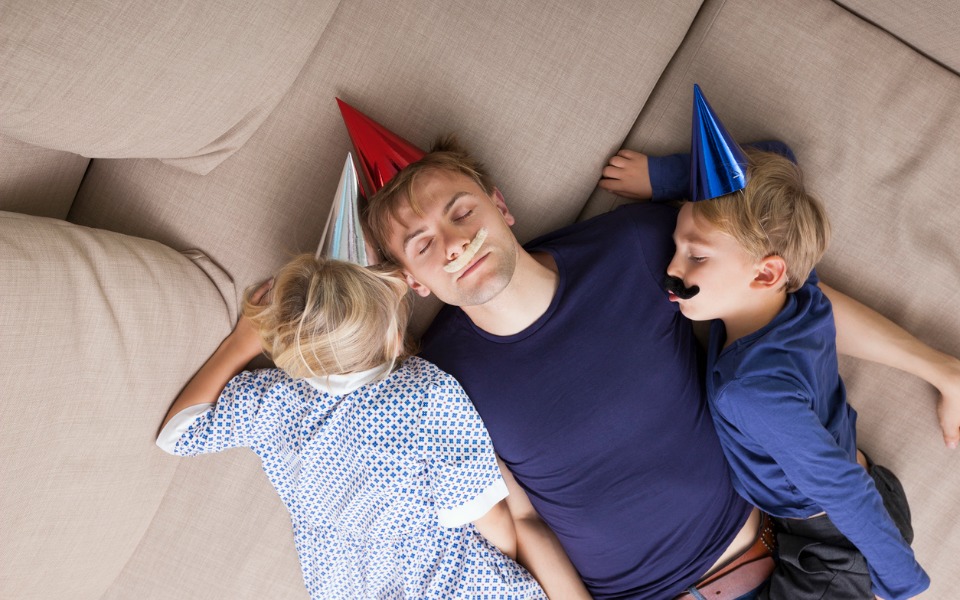 The holidays really do bring out the best in everyone, don’t they. But in between the minor tiffs, there’s always plenty of love and laughter. And that’s what really counts.

So join us in making 2018 our best year ever! Our 28 Day Weight Loss Challenge starts 1 January 2018, in just enough time to recover from New Year’s Eve and kick the in-laws out…

As a new study has found that parents are getting so much less sleep than anyone ever realised!
END_OF_DOCUMENT_TOKEN_TO_BE_REPLACED

Every week The Healthy Mummy runs different competitions with LOADS of fabulous prizes to be won! See if you are one of the lucky winners!
END_OF_DOCUMENT_TOKEN_TO_BE_REPLACED

A woman was shocked to discover that her mother-in-law wanted to throw a 'grandma shower' ahead of welcoming her first grandchild.
END_OF_DOCUMENT_TOKEN_TO_BE_REPLACED

CHOICE has also released some tips on how to save at the supermarket, keep food longer, save on energy bills and tackle the rising petrol…
END_OF_DOCUMENT_TOKEN_TO_BE_REPLACED