Previous article
› Michelle Obama’s advice for Meghan Markle on motherhood: ‘It’s not my job to bulldoze a path for my kids’
Next article

Michelle Obama had some very wise words for Meghan Markle when she was expecting.

When the Duchess of Sussex interviewed the former First Lady for her guest edit of British Vogue’s September issue, she was expecting at the time and wanted some advice.

Here’s what she was told…. 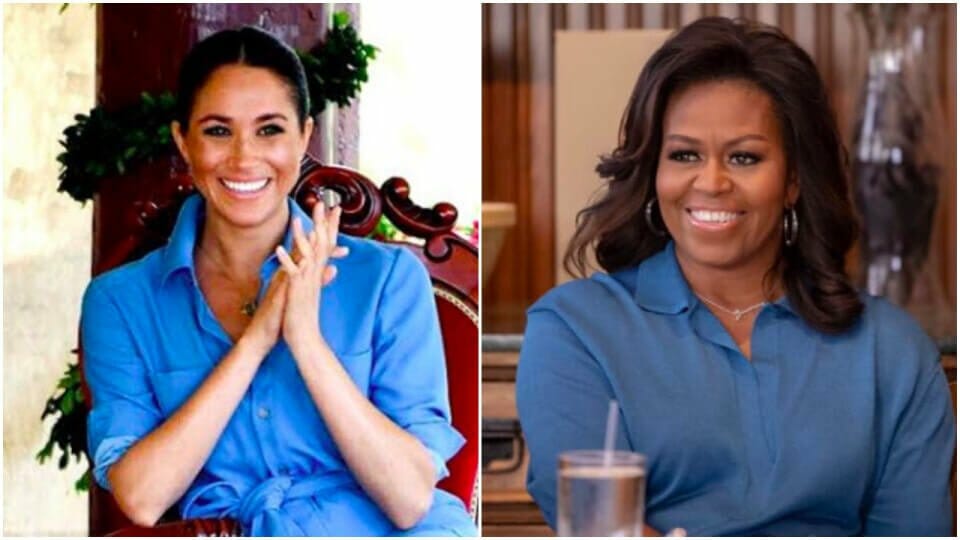 Michelle Obama has some awesome advice for Meghan Markle on motherhood

Michelle, has two daughters, Malia, 21, and Sasha, 18, with Barack Obama, the former president of the US.

She told Meghan: ”Motherhood has taught me that, most of the time, my job is to give them the space to explore and develop into the people they want to be.

“Not who I want them to be or who I wish I was at that age, but who they are, deep inside.”

The 55-year-old admitted to the Duchess, 38, that she’s often impressed by the qualities her girls have.

“What’s both humbled and heartened me is seeing the resiliency of my daughters,” she explained.

“In some ways, Malia and Sasha couldn’t be more different. One speaks freely and often, one opens up on her own terms.

“One shares her innermost feelings, the other is content to let you figure it out.

“Neither approach is better or worse, because they’ve both grown into smart, compassionate and independent young women, fully capable of paving their own paths.”

“Motherhood has also taught me that my job is not to bulldoze a path for them in an effort to eliminate all possible adversity.

“But instead, I need to be a safe and consistent place for them to land when they inevitably fail; and to show them, again and again, how to get up on their own.”

What a lot of amazing wisdom!

We hope Meghan – who is now mum to Archie, three months, with Prince Harry – took notes!

Be the best mum you can be with The Healthy Mummy

Every week The Healthy Mummy runs different competitions with LOADS of fabulous prizes to be won! See if you are one of the lucky winners!
END_OF_DOCUMENT_TOKEN_TO_BE_REPLACED

A woman was shocked to discover that her mother-in-law wanted to throw a 'grandma shower' ahead of welcoming her first grandchild.
END_OF_DOCUMENT_TOKEN_TO_BE_REPLACED

CHOICE has also released some tips on how to save at the supermarket, keep food longer, save on energy bills and tackle the rising petrol…
END_OF_DOCUMENT_TOKEN_TO_BE_REPLACED

For eight schools in NSW, the traditional school start and ending times have come to an end for a period of time.
END_OF_DOCUMENT_TOKEN_TO_BE_REPLACED