One mum was almost frightened to death when she went to unearth her children’s school uniforms ahead of them going back to school a few days ago. What she discovered will fill you with fear… 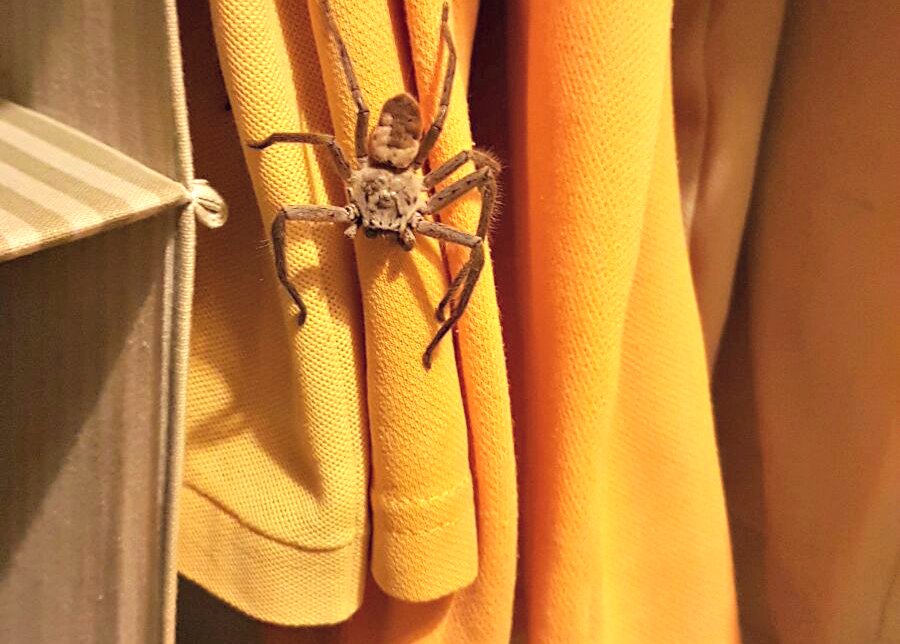 Sydney-based mum, who has always been frightened of spiders, discovered that a family of Huntsman had moved into her kids’ school clothes over the summer holidays.

The mum-of-three told The Healthy Mummy she’d not touched the uniforms since washing them and hanging them up in a cupboard after school broke up at the end of last year.

“I got the fright of my life. It was like something out of a scary movie,” she says.  “Good thing I checked before they had to put them.”

“It was late in the evening when I made the discovery.  The enormous mumma Huntsman was just hovering, which is strange because they normally dart away at high speed.

“On closer inspection we found hundreds of tiny Huntsman spiders living inside the school shirt.  It was horrifying!!

“I had to call my neighbour to come to our rescue as my husband was away. He removed the whole shirt with all the spiders and took it down the street to a much safer spot in the bush.

“Apparently it’s very un-Australian to kill a Huntsman, so hopefully this big family can live happily-ever-after somewhere far away from our house!!” 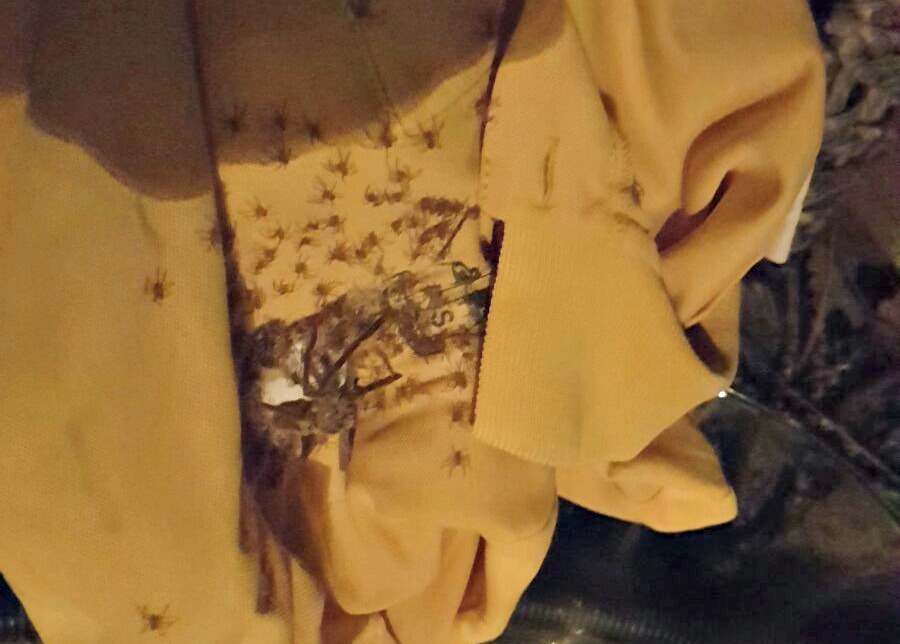 She is now warning other mums to check their school uniform and autumn/winter wardrobe so they don’t have a similar experience.

“The fact that they’ve probably been there for weeks, gives me the shivers just thinking about it”, she adds.

It’s not the first time she has been scared by local wildlife.

In 2015, her daughter’s pet rabbit was eaten by diamond python.

“We see them occasionally in the garden.  I think they come in from the surrounding bush,” she adds. “They don’t freak me out as much as the spiders do, I think it’s because they’re slow moving and relatively harmless.” 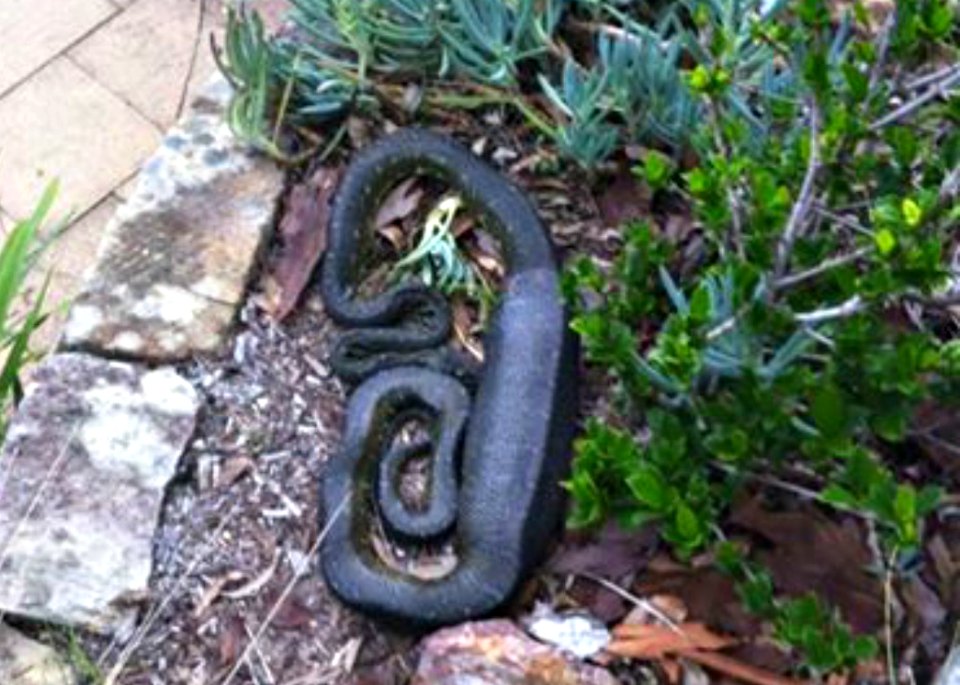 Why are we seeing more spiders?

“We are seeing lots of spiders because of two reasons. Firstly, late summer is the normal peak of activity for spiders: the immatures have matured and the big adults are making webs and/or moving about; and similarly, this is the peak time for their main prey (i.e., insects).

“Every single year, there are lots of spiders in late summer: but perhaps we forget just how many there are once winter comes and their numbers drop drastically?

“Secondly, this has been a good year for spiders, as has just about every year post 2011-floods in southeast coastal Queensland. It’s been very warm, but also wet (but not flooding), with no really long periods of sustained drought. That’s perfect for spiders and insects.”

Why do they like to hide in clothes, if they do?

“Only some spiders like to hide in clothes. These are likely the nocturnal hunters, the most common of which would be huntsmen spiders. They’ll come out at night looking for food, often returning to their safe, warm and dry places for the day.

“When the females lay eggs they will often cease hunting, sitting with the egg-sac until they hatch, and then continuing to sit with the young until they’re big enough to fend for themselves. 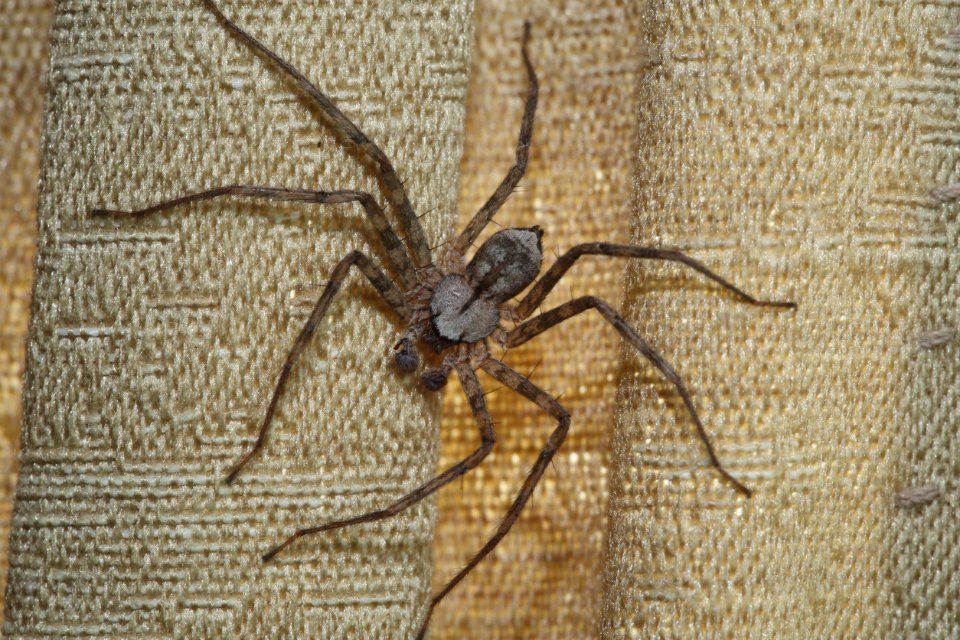 And what we should do if you find a nest hiding in your clothes?

“If a spider is sitting with its brood of young, then it’s likely to be something much less dangerous. Huntsmen are common, and while they can bite, they rarely use venom and it’s not very dangerous. Gently fold up the clothes, take them outside to a nice secluded place (like next to a log), and either see if they move away themselves, or give them a little encouragement.

“I’d just shake the clothes out. With any luck, the spider-mum should find a place to hide, finish her job with her babies over the next week or two, then get back to hunting.

“That probably means she’ll come back inside at some time, because huntsmen like houses (they’re dry, but places like the bathroom give them water whenever they want), but they’re virtually harmless!”

It’s not just wildlife that can pose a threat, find out how this seemingly harmless house plant cause a deadly reaction to a toddler. 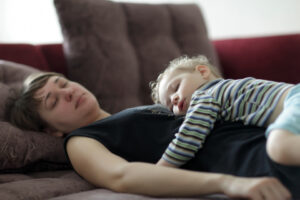 Why mums should be taking an arvo nap ASAP! 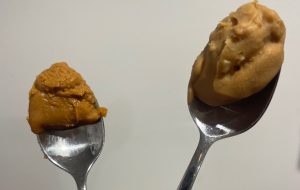 Can the new ‘Peanut Free’ WOWButter fool even the fussiest of Peanut Butter lovers? We road tested it to find out! 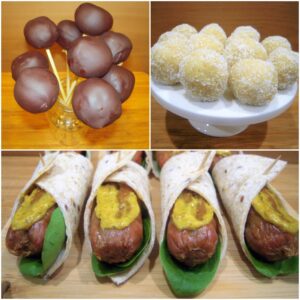