Healthy Mummy community member Kimberley is a busy mum of 4. Today she shares her honest and moving story about her struggles raising a son with ADHD and ODD, and the incredible impact the Healthy Mummy meal plans and good nutrition had in turning both her and her son Coby’s life around. 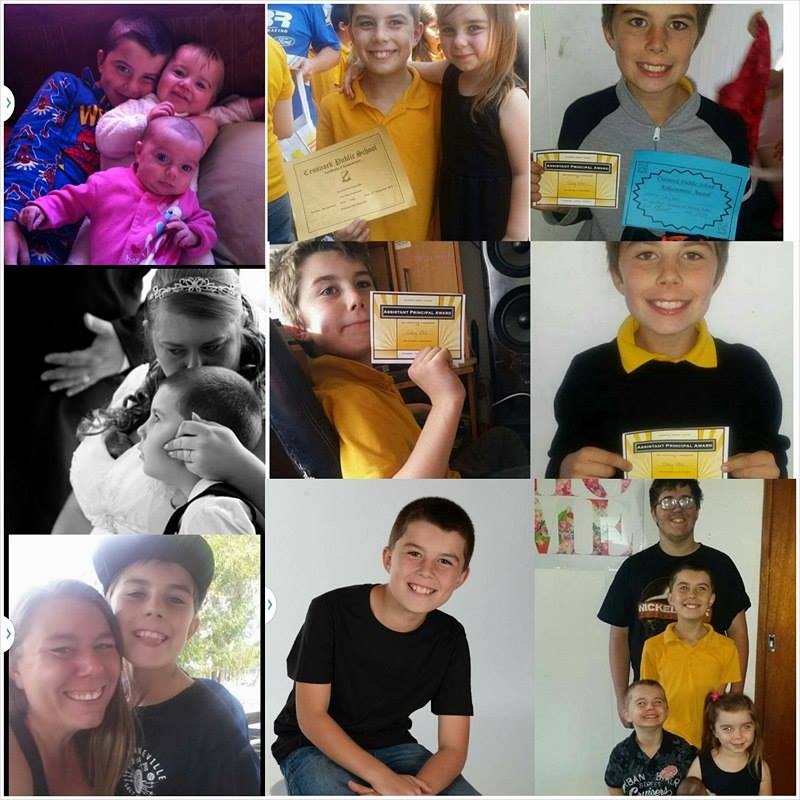 Raising a son with ADHD & ODD

My name is Kimberley. I’m a busy, married, working mum to 4 and live in Hunter Valley. Our eldest is my stepson Keith, then Coby who is 10, Roman 5 and Charlotte 4 years old. I am a nurse and my husband Corey is a delivery driver. We are just your standard working class family of 6.

A year of ups and downs

When Coby started kindergarten it became clear there was something not quite right. His social skills were poor and he was finding it very hard to make or keep any friends at school.  It was a busy year for us, with a new addition to the family, me breaking my ankle and requiring 2 emergency surgeries and 2 months in hospital. And to top it off we had just found out that we had another baby on the way.

A year on and we had purchased our first home. Coby was now in year 1 and had started a new school. We were all excited for a fresh start for him, a chance to make new friends.

It quickly became apparent to both his teaches and us that Coby was struggling to read, write and simply just play with other children. We were referred to a Pediatrician but the public waiting list was very long – 18 months. While we waited, Coby’s behaviour had escalated into extreme violence. He did not know how to control his emotions and became frustrated quickly.

It was nothing for Coby who was 7 at the time to throw entire dinner plates full of food across the kitchen, or come at me or his younger siblings with knives or forks, throw chairs, remotes, mugs anything he could get his hands on when he was in the middle of a meltdown.

Finding the answer (well we thought so!)

I was emotionally done! I didn’t know how much longer this could go on for. I could barely function. We scrimped and saved and managed to get a private pediatrician appointment as we desperately wanted help for our boy.  We finally had some answers. Our sweet little boy was diagnosed with ADHD. For some parents medication will never be the answer, but we couldn’t see any other option.

The change in Coby was instant. Despite the occasional meltdown and tantrum, he seemed happy. The school and his teachers had said they didn’t even know who this child was – they were also amazed.

By this stage I had attended and completed 3 major parenting courses and felt like we were doing the right things as parents. And Coby was on the right path at this point in time.

A year had passed and it appeared Coby was barely managing at school again. He couldn’t concentrate and was being suspended for fighting every second week. We had upped his medication numerous times and had tried different meds on the advice of our pediatrician but the outcome was the same or had nil effect.

Our GP suggested we go back onto the public waiting list and see if we could change Pediatricians as he was concerned Cobys one was not the right for him. Coby was now 8 and began stealing anything he could. It felt like we were starting all over again.

With 2 toddlers a full time job and just at the beginning of my own journey into weight loss, I felt the entire world was against us. Crushing every last thing I had left into the ground. I wondered if I was being punished for being a teen mum? I questioned everything and every decision I had ever made as a parent.

Life changes with The Healthy Mummy

This was around the same time I found the Healthy Mummy. I had always been one of those people that would forget to eat, or eat little if I did. I was just too busy trying to keep the household safe and sound to even think twice about looking after myself.

We had previously attempted the additive free diet with Coby but he refused to eat anything for over a week so we gave in. Now that he was a little older he became interested in the Healthy Mummy smoothies I was having for breakfast every day.

He began requesting one too. Usually with banana, honey oats, 1 teaspoon Healthy Mummy smoothie mix and plain full cream milk. He thought it was fun and it would keep him full for hours.

A week later I decided to stop buying the prepackaged school food and bake everything from scratch with the help of the Healthy Mummy snacks. Our children’s lunch boxes were now full of banana bread, blueberry and cream cheese muffins, weetbix balls, protein pancakes, carrot and cucumber sticks with corn dip. The list goes on, but the real change was in Cobys learning.

The teachers could not believe the change they were seeing in him. He was happy, and sky rocketing with his numeracy and literacy, he began to read, and take interest and pride in his homework, school books and own appearance.

He was so proud of his own achievements this went on for the last 2 terms of 2015. He was coming home with awards every week and other kids phone numbers and invitations to birthday parties. This time there were tears of joy. I would cry when he came home week after week with a huge smile and tell me all about his days and what he had learnt. 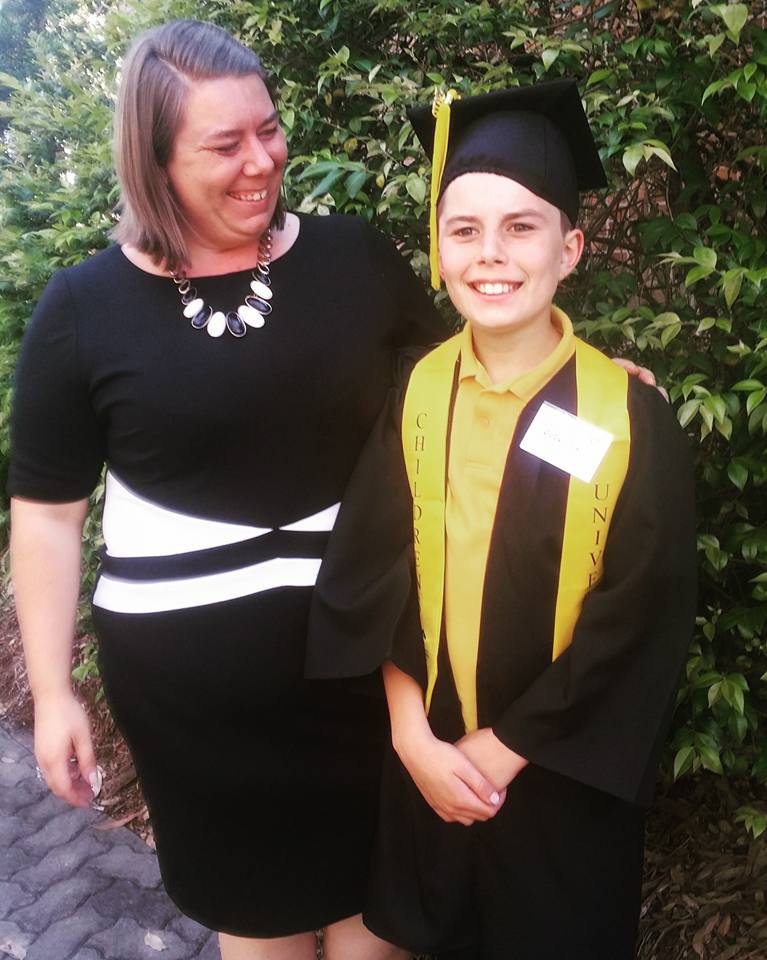 We were notified by the school that Coby was going to receive an award at the end of year assembly. It was one of the best moments of our lives!

This child had never received any awards in his schooling life up until now. We all took the day off work, my parents drove the 4 hours just to see him on the stage. Coby received most improved student for 2015. As a family we couldn’t clap or cheer loud enough.

Fast forward to October 2016. Coby has just graduated from Newcastle children’s university and we couldn’t be prouder!!! This required him to concentrate, persevere, apply himself, learn, listen and study – these are all things he never would of been able to do previously.

Coby is still medicated but on a lower dose and we are under the care of a fantastic pediatrician these days.

Coby will tell anyone who listens that he is a Healthy Mummy smoothie lover. His mum is a healthy mummy and the Healthy Mummy program saved him when he felt like he couldn’t save himself.

Congratulations Coby on graduating from the children’s university. You have made the Healthy Mummy team very proud!!

Here are Easy ways that you can fill up hungry bellies the healthy way. Or check out our Healthy Kids cookbook. 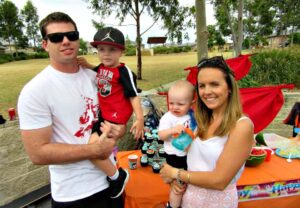 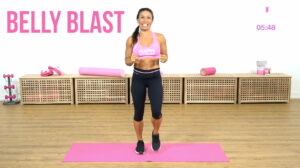 SNEAK PEEK of the Belly Blaster workouts in the Healthy Mummy App! 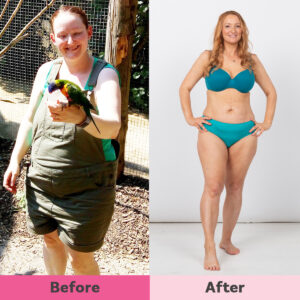 Exhausted mum of twins, TRIPLED her ENERGY and lost 19kg with The Healthy Mummy