This year I’ve noticed a lot more talk about Santa, and in particular whether the Santa story is harming our children. It’s something I’ve been thinking more about as my eldest is about to turn six and Santa is well and truly on the radar. So how do we tell kids about santa without destroying their trust or ruining the magic? 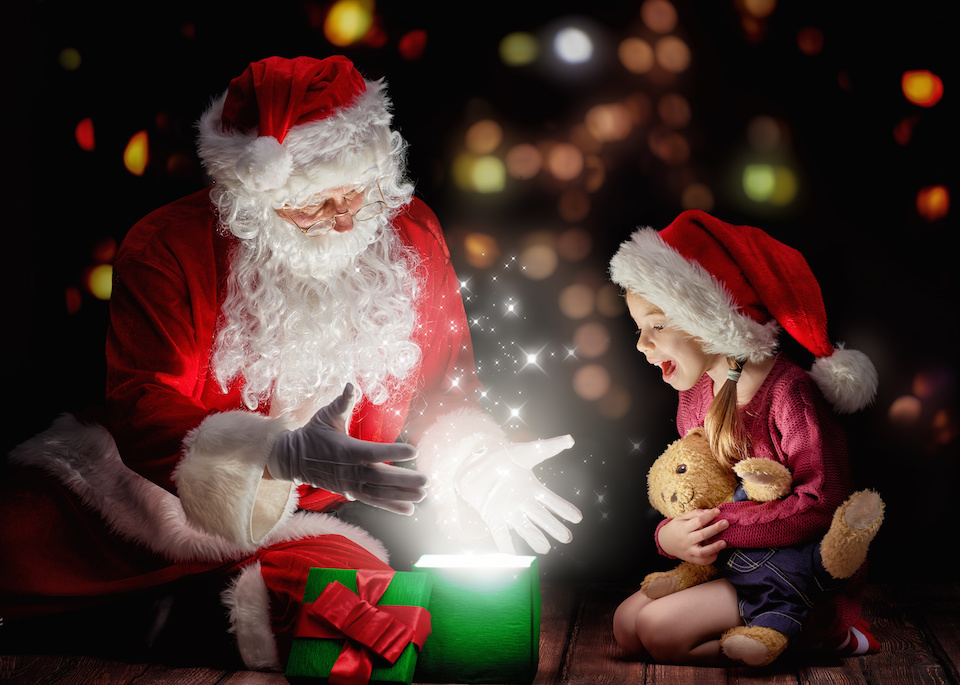 Charity Hutchinson stumbled across some fabulous anonymous advice in her Facebook feed. Not just any advice but “by far the best idea I’ve seen about telling your kids about Santa.”

She loved it so much, she decided to share. Essentially the idea is to transition kids from receiving things from “Santa” to being a “Santa” to others.

When the kids reach an age where they begin questioning the truth of Santa, it’s time to transition them.

I really love the idea that it transitions kids in a way that keeps the magic alive without lying to them or making them feel as if we as parents were deceiving them. It also creates a new tradition that isn’t all about “getting” and is instead about giving. A tradition that they can carry on for years to come.

“Being a Santa isn’t about getting credit, you see. It’s unselfish giving.”

What a fabulous thing to teach our kids. To give unconditionally, particularly to those in need, to those who may seem “undesirable” or to those who have no one else to give to them.

One of the other things I love about this approach to telling kids about Santa is it encourages them to keep the “secret” of Santa to themselves. No one becomes a “Santa” until they are old enough and their heart is ready. Kids therefore don’t spoil it for their friends or siblings.

Are your kids ready to “be” Santa? Would you use this approach to gently reveal the truth?

Wow, what a journey Amanda Brown has had! Incredibly, she's been able to lose 20kg in 12 months by following the 28 Day Weight Loss…
END_OF_DOCUMENT_TOKEN_TO_BE_REPLACED

Samara who has lost 17kg following the 28 Day Weight Loss Challenge is also a huge fan of The Healthy Mummy SKIN range! Find out…
END_OF_DOCUMENT_TOKEN_TO_BE_REPLACED

This mum is teaching her daughter to love her body

Mum-of-three Lauren Bird, who is a member of The Healthy Mummy community is teaching her daughter to be body confident as much as she can.
END_OF_DOCUMENT_TOKEN_TO_BE_REPLACED

Over 1,400 mums tell us what they ACTUALLY want for Mother’s Day – the top 3 don’t cost anything!