Many people claim they put on weight during the winter time, they eat more, or their exercise regime goes out of the window.

The Healthy Mummy surveyed over 2,000 mums about how their diet and exercise regime changes when it’s cold outside and found that over 75 per cent are worried about putting on weight this year – as 53 per cent revealed they gained between 4-10kg last winter! (That’s more than a dress size!) 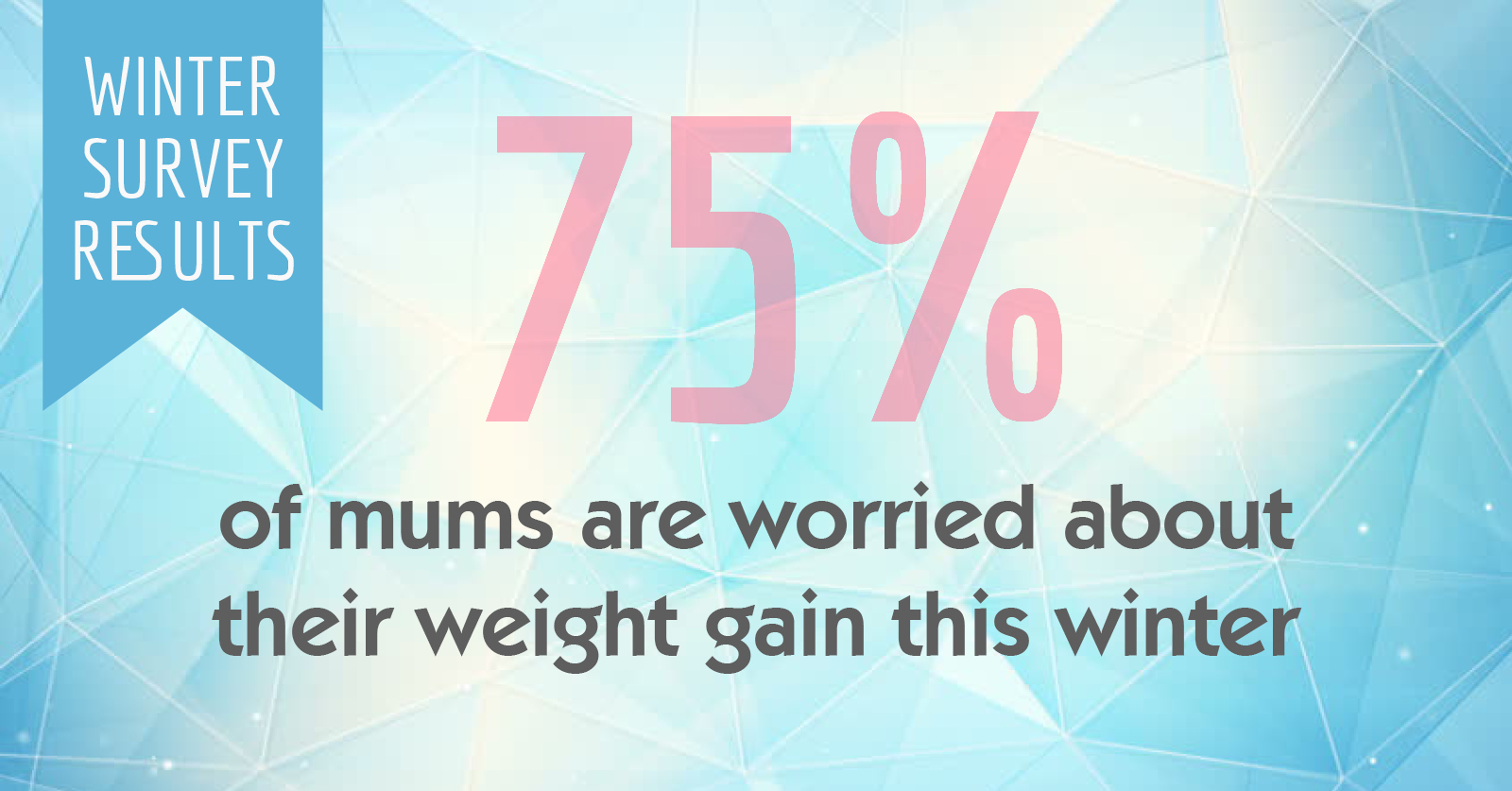 How Much Weight Our Mums Gained Last Winter

Of the 66 per cent of mums who told us they put on weight last year, only 22 per cent of our surveyed mums revealed they put on less than 1kg last winter. The rest say they put on between 2kg to over 10kg during the colder months in 2016! 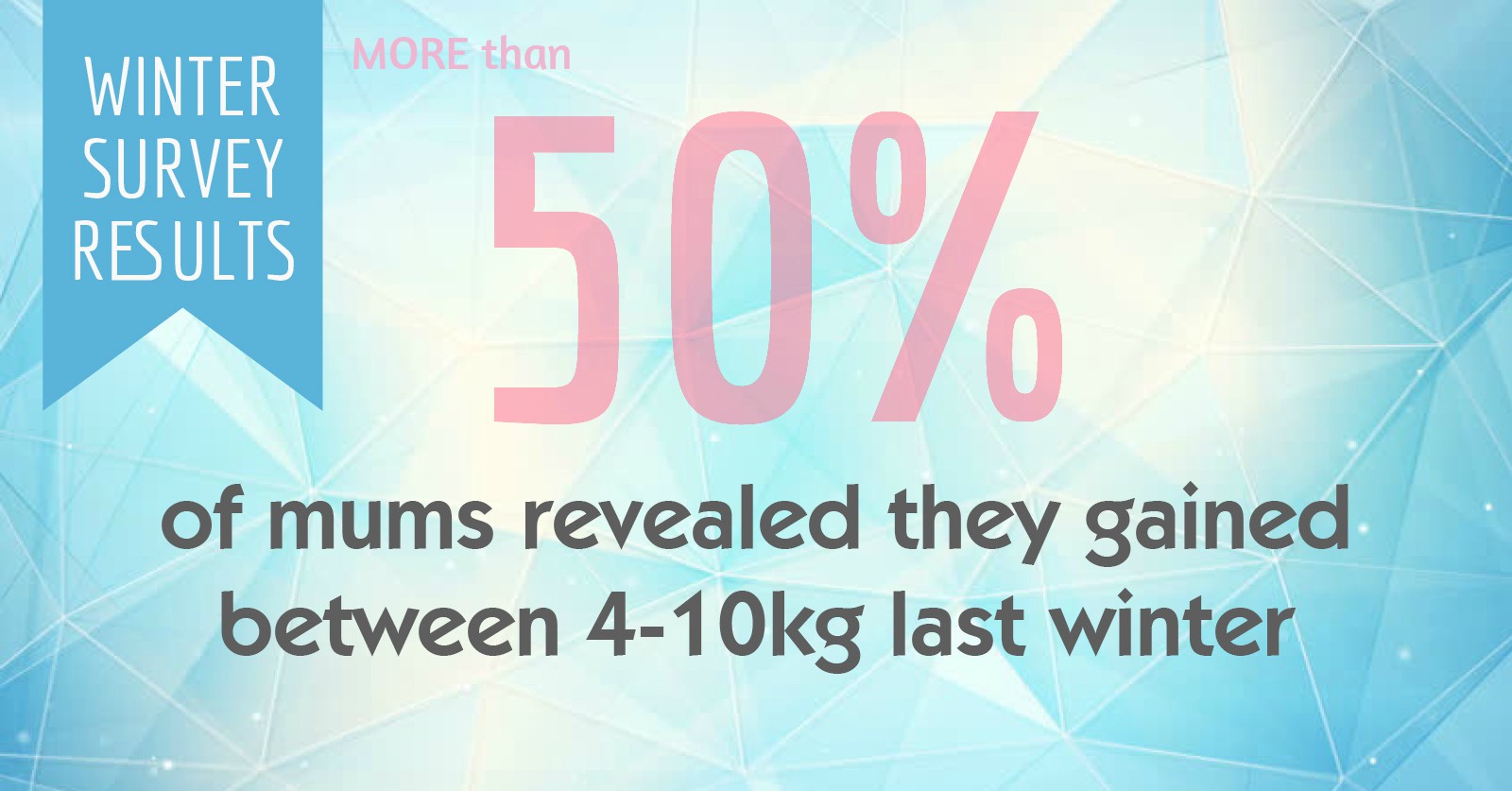 How Much Weight Mums Put On Last Year: 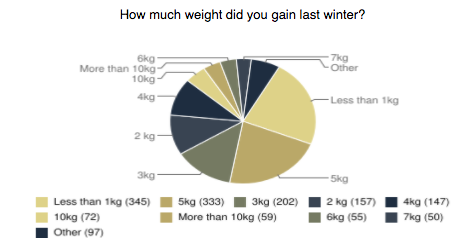 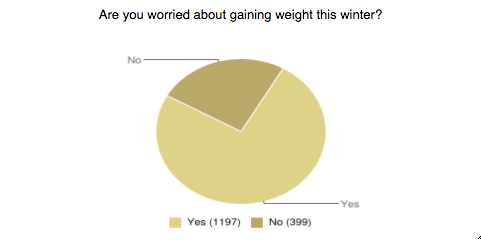 So no wonder a whopping 75 per cent of our mums revealed they are worried about weight gain this year!

Mums Eat, Sleep And Cook More In The Winter 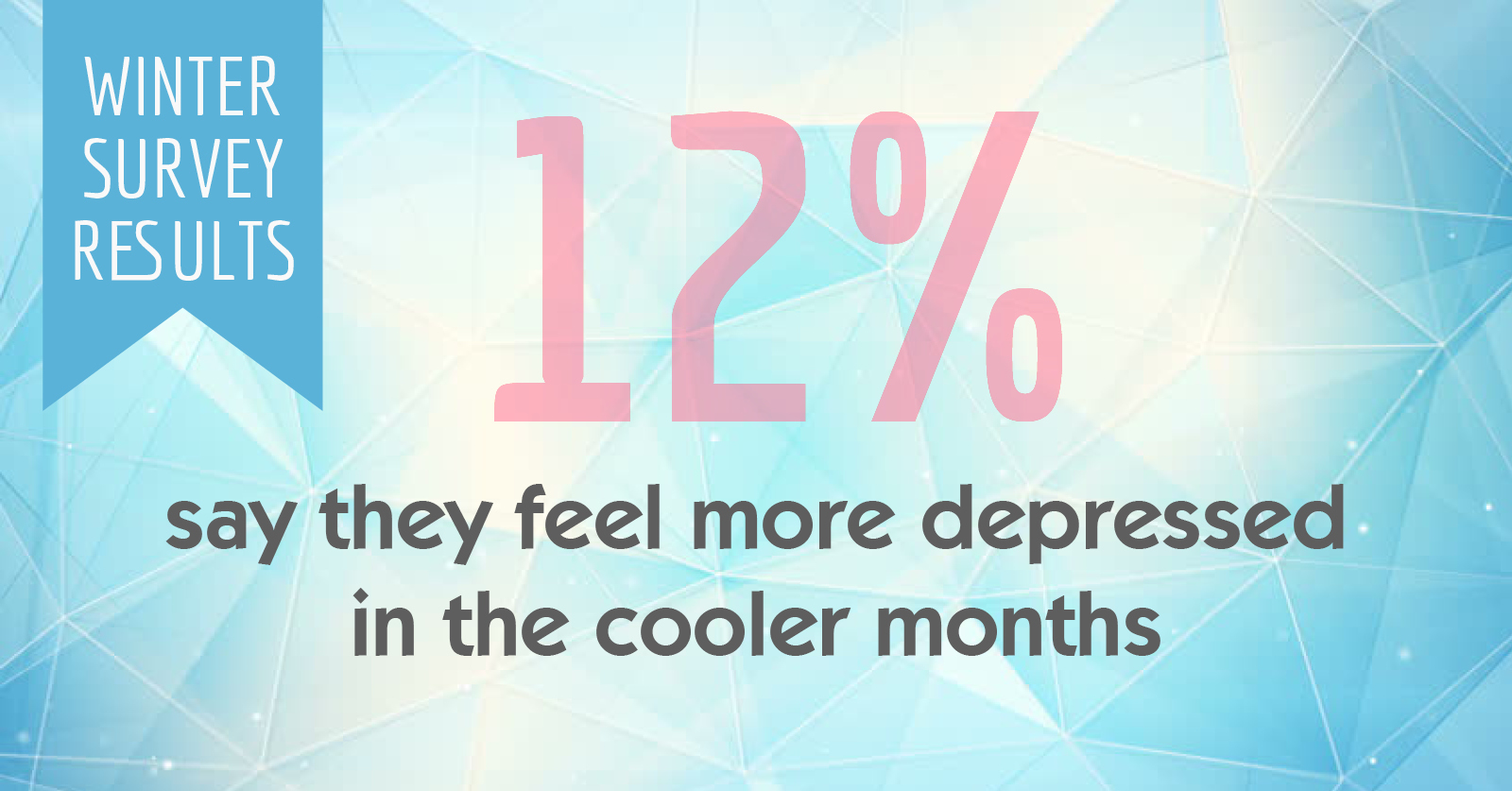 Why did our mums put on weight, we wonder?

29 per cent of mums revealed that they felt lazier in the colder weather, while 25 per cent say they felt they had less energy. 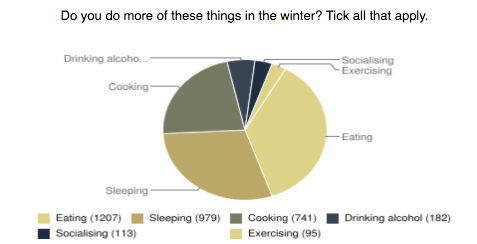 29 per cent told us they sleep more. 22 per cent of mums reveal they cook more and only 5 per cent say they drink more alcohol. How Our Mums’ Exercise Regime Changes In Winter 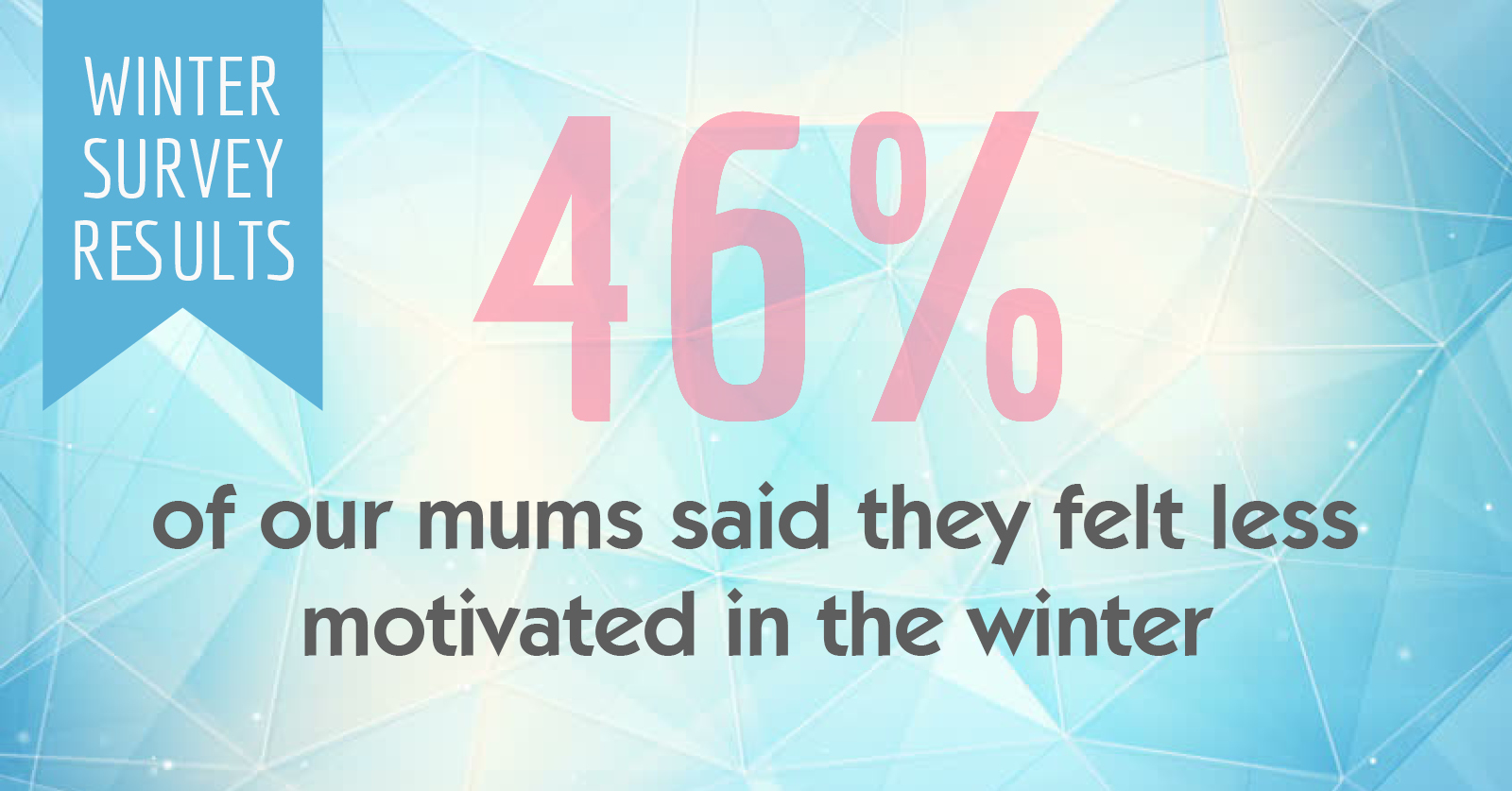 What’s more, 46 per cent of our mums said they felt less motivated and nearly 50 per cent revealed they opted for warmer food, with 30 per cent admitting they tended to eat more food when it’s cold!

Comfort Foods That Our Mums Prefer In Winter 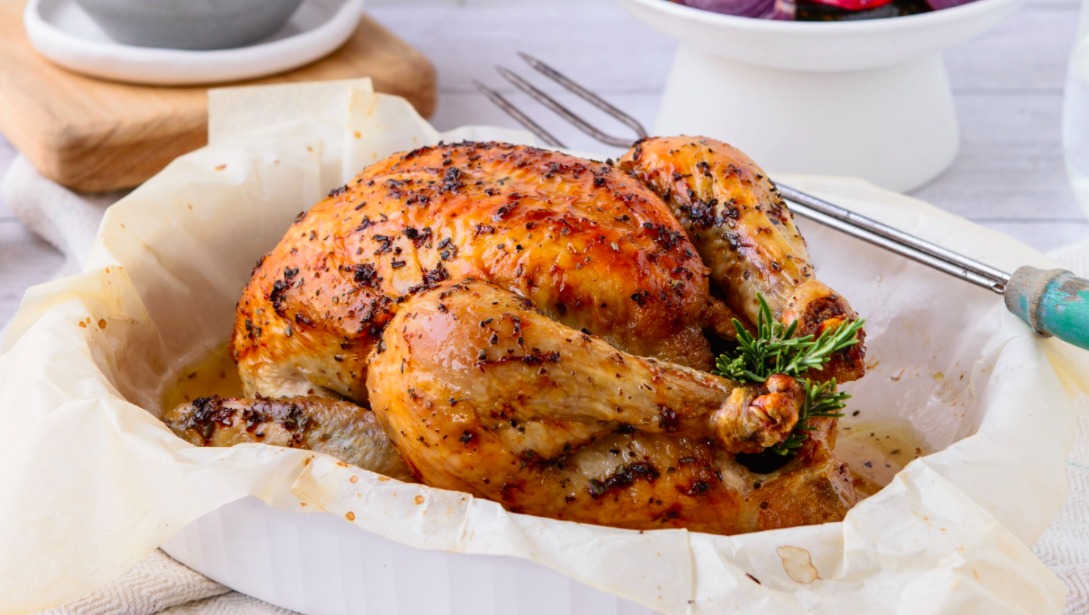 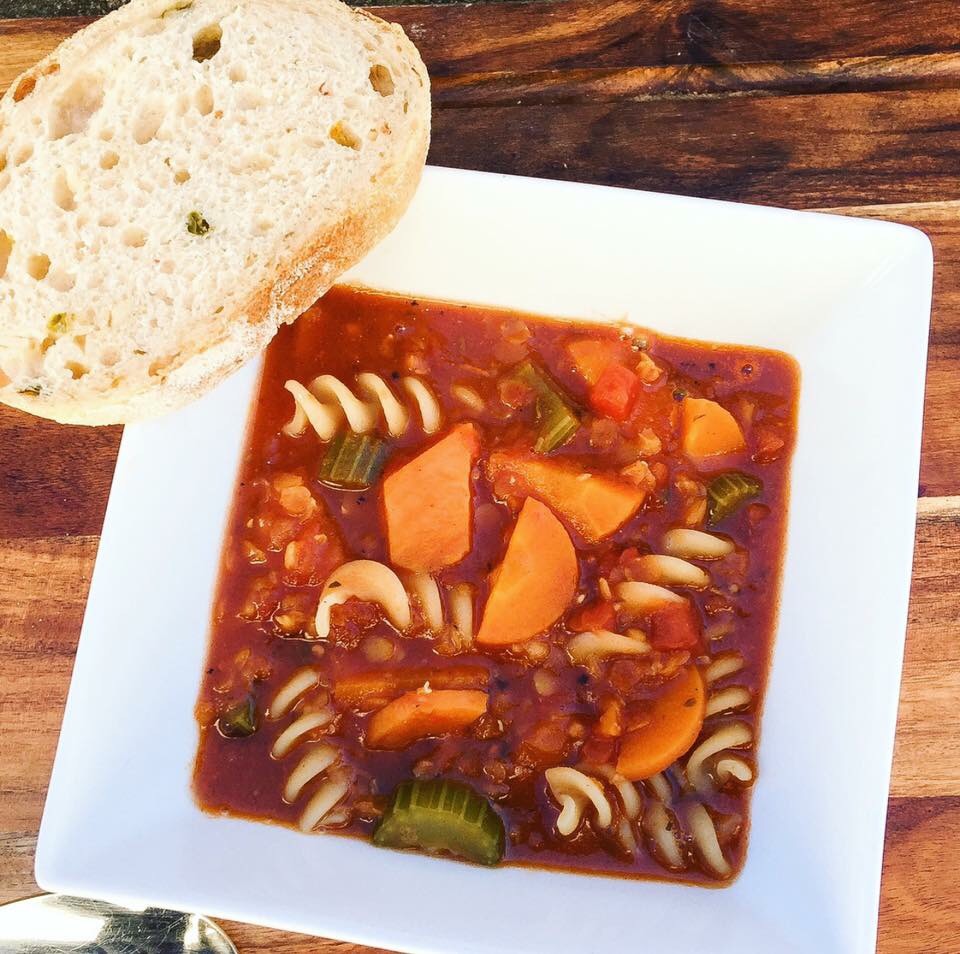 And 41 per cent say then end up cooking more in winter, with only 54 per cent saying they cook the same amount as they do in winter. 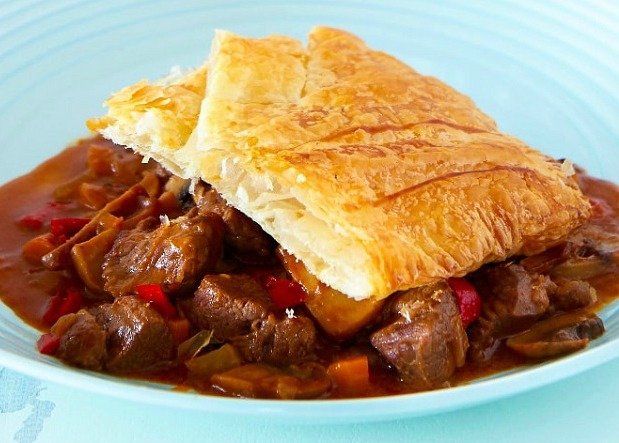 If you like comfort food, then you can make our yummy and healthier versions – like our Easy Bake Chicken Roast, 30 Minute Minestrone Soup and our Healthy Man-Friendly Meat Pie (all pictured above).

You can find these recipes HERE and on our 28 Day Weight Loss Challenge.

How The Immune System Changes In Winter 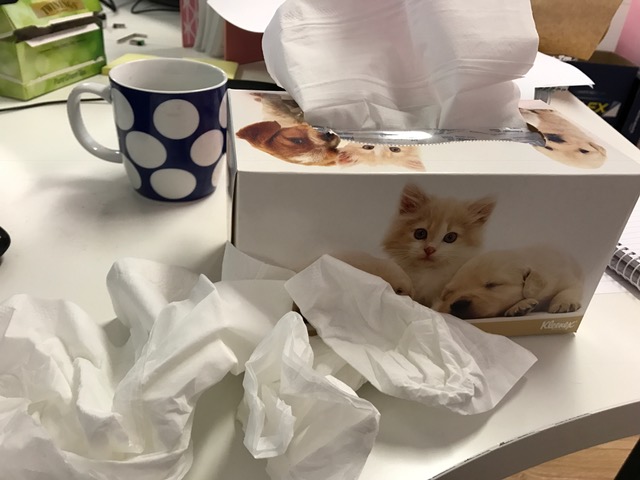 39 per cent of our mums told us they get more colds and flus in winter, with 27 per cent saying they feel more run down than they do the rest of the year. 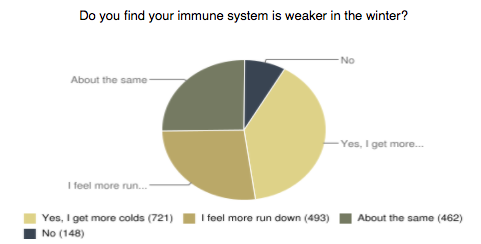 And 43 per cent of mums say the hardest part about being healthy in winter is the coldness, with 40 per cent blaming the temptation of comfort food.

The Goals Our Mums Have This Winter 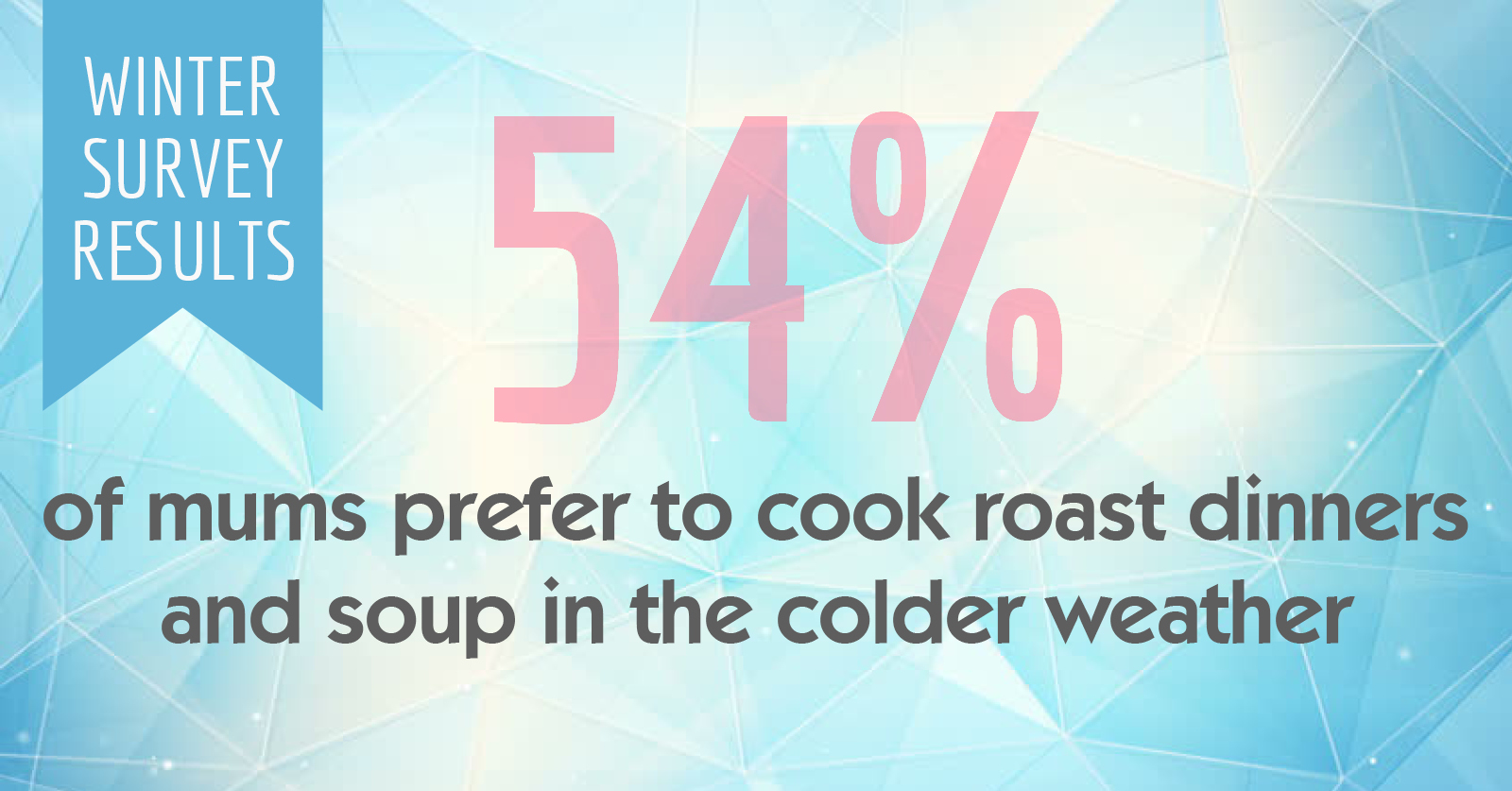 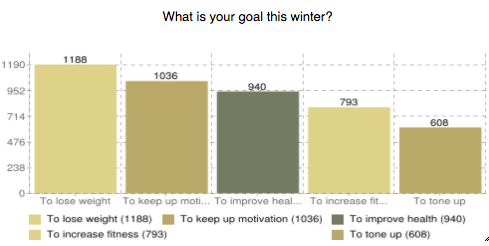 If you’re worried about your weight this winter, then join our 28 Day Weight Loss Challenge. 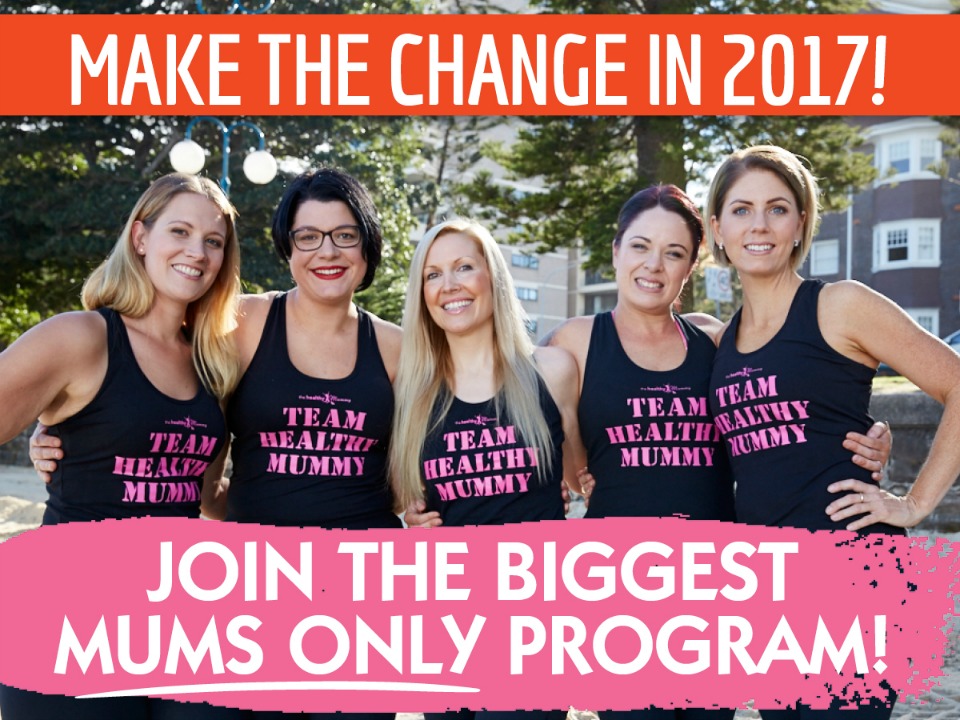 Our 28 Day Weight Loss Challenge is designed by mums FOR MUMS – to help them reach their goal weight and tackle their health and fitness.

The Challenge is home to customisable meal plans, 24/7 social support and realistic exercises mums can do AT HOME.

Be INSPIRED by mums who have reached their goals 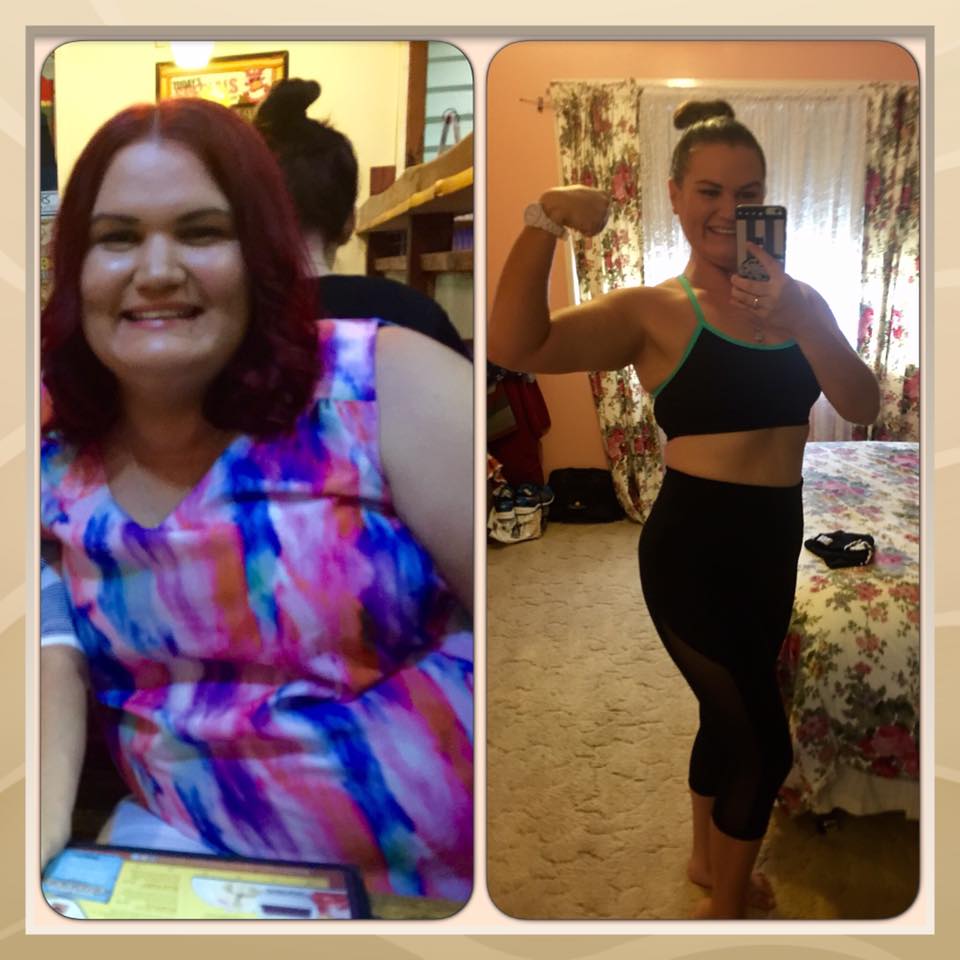 PLUS Our BRAND NEW APP is launching this week

Come and join us on the HUGE special offer on here.