When I saw my young child sitting in front of the TV at 5.30am eating leftover pizza I had two options, I could either go into battle or go back to bed without so much of an eye roll.

I chose the latter, and that my friends is called picking your battles.

Every day we parents are faced with hundreds of potential fights with our kids and if we fought every battle then by the end of the day we’d be in the corner rocking ourselves.

This isn’t to say we should let our children get away with murder, or even attempted murder, but the key to surviving parenthood is to choose these battles wisely.

If you’ve got more than one child it’s also not physically possible for you to reprimand them all at once, well unless they are all doing the same naughty thing in exactly the same place, sure this happens but not often.

Usually one is in the car using your lippie to decorate the windscreen, another is making a snow globe with olive oil and the third is putting 214 dress-ups on at the same time.

If you fight every non-perfect or annoying behaviour that your children have then eventually the rage inside of you could make you a candidate for spontaneous human combustion. Yes it’s a thing!

By no means am I advocating you let your children run wild, I’m just casually suggesting that some battles just aren’t worth fighting because you’ll never win.

All you can do is teach them right from wrong, instil good manners and hope like heck they’ll grow out of it.

5 battles that aren’t worth fighting

1. Kicking off shoes in the car

One of THE most annoying habits, not only because they end up with six pairs in the car, but they crack the crackers the next morning when they can’t find their kicks for school.

I’ve tried time and time again to stop my kids from removing footwear but I might as well be speaking dog for all the good it does. And what’s the first thing you do when you get home after a long day? (take your shoes off).

2. Picking their nose and eating it

Look, let’s be honest here, for many kids it’s the only greens they’ll eat that day so quit while you’re ahead. Every day I tell one or all of my three children how disgusting I think it is but it hasn’t stopped them yet. These days I just hand over a tissue and suggest it goes in the bin not down the trap.

3. Using too much toothpaste

Quite frankly as long as they’re giving teeth cleaning a red hot shot then stay silent people. It’s easier to clean up gooey toothpaste from the faucets and mirror than to fork out $1000s for dental extractions when they’re teenagers.

4. Chewing all the things

While I refuse to cease telling my child to stopping chewing with their mouth open at dinner, I’ve given up reprimanding them for gnawing their nails. We’re trying that bitter tasting nail polish but I doubt it will work, have nails will chew.

The good news is, apparently kids who chew their nails get sick less because they’re already exposed to the filth from under their nails – GROSS!

Just because you’re freezing to death it doesn’t mean you child is, so stop beating your head against a brick wall at bedtime. I have a child who sleeps in short pyjamas all year round and while I shake my head in disgust I just let it go. Surely an eight-year-old won’t willingly freeze to death?

Hint: Before you blow a head gasket, ask yourself if it’s really worth the drama and tears that go hand-in-hand with you acting like a pork chop. Sometimes it’s easier to just let things go than constantly battling adventurous and mischievous children. 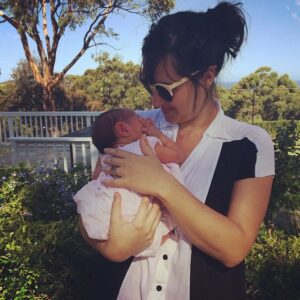 Mums, Get Yourself In Front Of The Camera! 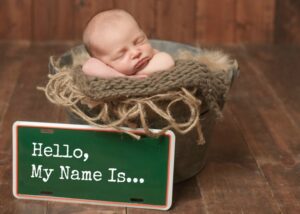 Most Popular Baby Names For NSW And Victoria Announced 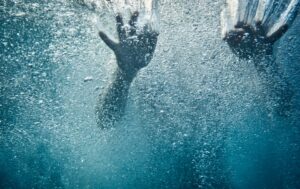 The Silent Killer – How To Recognise If Your Child Is Drowning