Every child and a few naughty adults have probably done it, but it turns out that there is a lot more urine in swimming pools and hot tubs than we thought. And it’s a wee bit gross!

A team of Canadian researchers from the University of Alberta, Edmonton, spent three weeks conducting a study where they investigated how much urine was in two public swimming pools. In their research, they measured the concentration of acesulfame potassium (ACE) which is an artificial sweetener found in a lot of processed foods that passes through the body unaltered and is released in our urine.

In the first pool (which contained around 830,000 litres) they found that swimmers had relieved themselves of 75 litres of urine- that’s enough to fill a medium sized bin!

The second pool was roughly half the size but 30 litres of urine was found in that one. And it’s even worse in hot tubs; one of the eight that they tested had more than three times the concentration of ACE than in the worst swimming pool, eww! 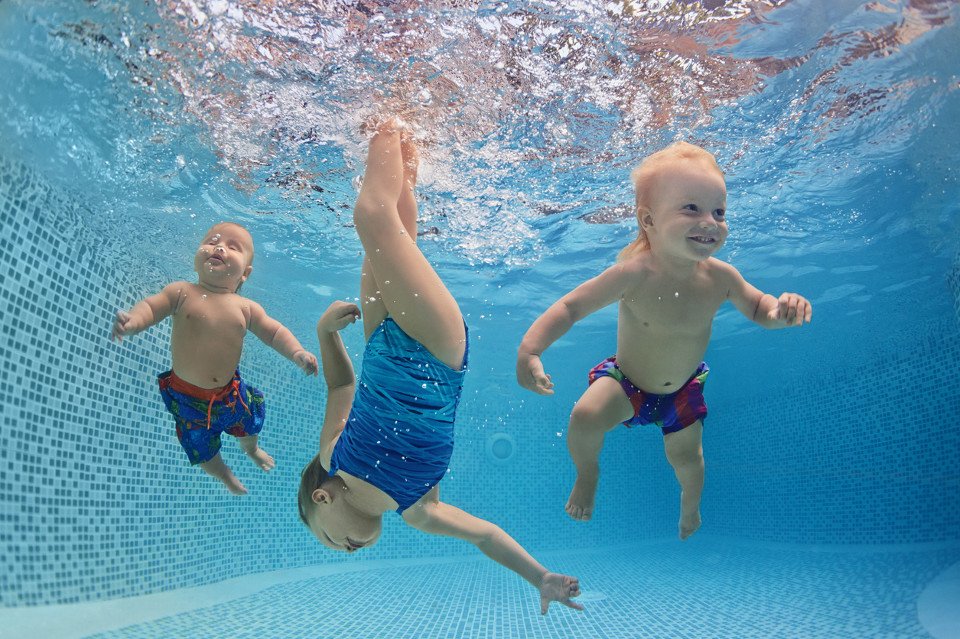 But What’s The Big Deal, Urine Is Sterile!

Although there are no germs in urine, it contains compounds including urea, ammonia, amino acids and creatinine which react with pool disinfectants such as chlorine. This can result in eye, skin and respiratory problems making it a public health concern. It’s even worse for professional swimmers and pool workers, as long-term exposure to these compounds has been linked to asthma.

Lead researcher Lindsay Blackstock says, “We want to use this study to promote public education on appropriate swimming hygiene practices. We should all be considerate of others and make sure to exit the pool to use the restroom when nature calls.”

If you’re one of those parents who has said that a coloured cloud of dye will appear if they wee in the pool, it’s actually all a lie! Blackstock says, “This is a myth probably used to scare children, and adults, into using proper hygiene practices for fear of public humiliation.”

So if you’re thinking about taking your kids down to the public pool for a dip before it gets too cold, make sure they get out of the pool before relieving themselves and that they rinse off at the showers provided before entering!

The Heart-Stopping 21 Second Video That All Parents Need To See.

Chelsea credits meal planning and prepping on the 28 Day Weight Loss Challenge for her fantastic success in dropping kilos.
END_OF_DOCUMENT_TOKEN_TO_BE_REPLACED

Cicily has shared her customised meal plan which will feature in The Healthy Mummy app this April.
END_OF_DOCUMENT_TOKEN_TO_BE_REPLACED

Are you one to carefully track your calorie intake no matter where you eat? Find out the calories in some popular Aussie Chains.
END_OF_DOCUMENT_TOKEN_TO_BE_REPLACED

Parents were warned not to purchase hard solid eggs because like grapes, they are a choking hazard.
END_OF_DOCUMENT_TOKEN_TO_BE_REPLACED

Building muscle after you age can be tricky but it can be done. After the age of 30, we lose muscle mass.
END_OF_DOCUMENT_TOKEN_TO_BE_REPLACED