It’s international multiples week and we’ve found the perfect round up of our fave celeb parents with twins. Whether they were conceived naturally, via IVF or surrogacy, there is just something so intriguing about twins.

Jennifer Lopez, aka J-Lo, has a set of fraternal twins with her ex-husband, Marc Anthony. Emme and Maximilian, who turn 8 this year, are an adorable mix of both Mum and Dad. No glam. No filter. No worries. We love that she looks like a regular Mum enjoying time with her children, even though she is a mega superstar!

Tennis legend Roger Federer has not one, but two sets of twins! Charlene and Myla, aged 7, were the first set of twins he had with his wife, Mirka. Then in 2014, the twin sisters gained twin brothers, Lenny and Leo. We think that’s pretty special.

Diva Mimi is Mum of twins, Moroccan and Monroe. With Mum being Mariah Carey and Dad being Nick Cannon, we are sure these two are going to grow up to have hilarious diva attributes.

Elsa Pataky and Chris Hemsworth are parents to twins, Tristan and Sacha. They also have an older daughter, India Rose. The Hemsworth family are best described as being incredibly genetically blessed.  They’re super real and down to earth too, which is just another reason why we love them.

“I think I should learn French and be a better cook – basic, really good life stuff.” – Angelina Jolie

In amongst the Jolie-Pitt brood are twins, Vivienne and Knox. The twins are sibling to biological sister Shiloh, and adopted siblings, Zahara, Maddox and Pax. They are one big and ADORABLE family.

SJP and Matthew Broderick had their twins via surrogacy 7 years ago. Enjoying their time running in the fields, Loretta and Tabitha look just as fabulous as their Mother.

Ricky is one of the most beautiful men on the planet, both inside and out, and is father to twins boys. Valentino and Matteo were born using a surrogate and Ricky looks like an amazing, doting father.

Thanks for an incredible show @dollyparton #DollywoodBowl

The original Mystique, Rebecca Romijn, is Mum of twins, Dolly and Charlie. Married to actor, Jerry O’Connell, this family are definitely blessed in the genetics department.

If you love twins why don’t you read these 11 fascinating facts about twins that we bet you didn’t know. 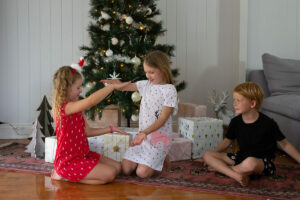 Over mums reveal the HILARIOUS things their kids have asked for at Christmas! 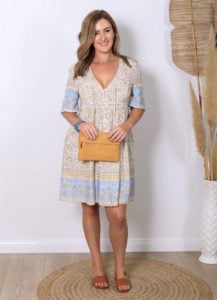 Lauren now a confident freelance model thanks to The Healthy Mummy!