Previous article
Weight Loss › Over 1,000 of our mums voted – 41% reveal their biggest obstacle for losing weight is lack of money and an unsupportive partner
Next article

You may have made a New Year’s resolution to lose weight in 2018. It may be your first resolution or one of many.

We at The Healthy Mummy HQ surveyed over 1,000 of our community to find out how they got on with their weight loss resolutions last year and what they’re expecting to achieve in 2018.

Surprisingly, we found that many mums say they feel like they experience (sometimes subconscious) obstacles while trying to shed the extra kilos. 41 per cent of mums revealed that while they want to lose weight, their biggest road block to taking the steps to live a healthy lifestyle was a lack of money and an unsupportive partner!

There are ways you can overcome these obstacles – like through the help and support of our amazing community on the 28 Day Weight Loss Challenge – which is AMAZING value for money. In fact, it can actually help you save money with our budget friendly meals and meal prep advice! 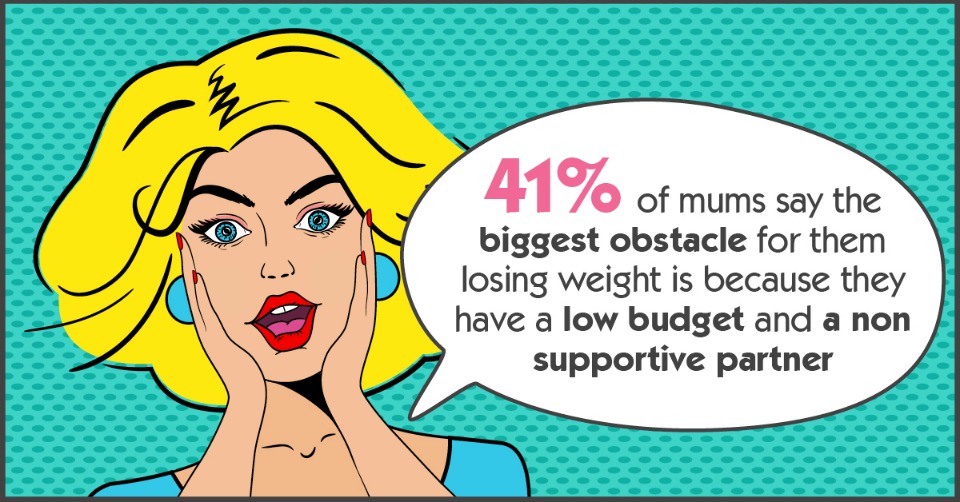 As we mentioned above, alarmingly 41 per cent of mums revealed their biggest road block to taking the steps to lose weight was because they believe they don’t have any money and they have an unsupportive partner!

Meanwhile, 12 per cent blamed sleep and 18 per cent claimed they didn’t have enough time, while 5 per cent admitted they dislike exercise and 11 per cent prefer eating junk food.

However, only 2 per cent revealed they reached their goal weight in 2017 while 22 per cent say they tried but failed and 37 per cent started their journey. 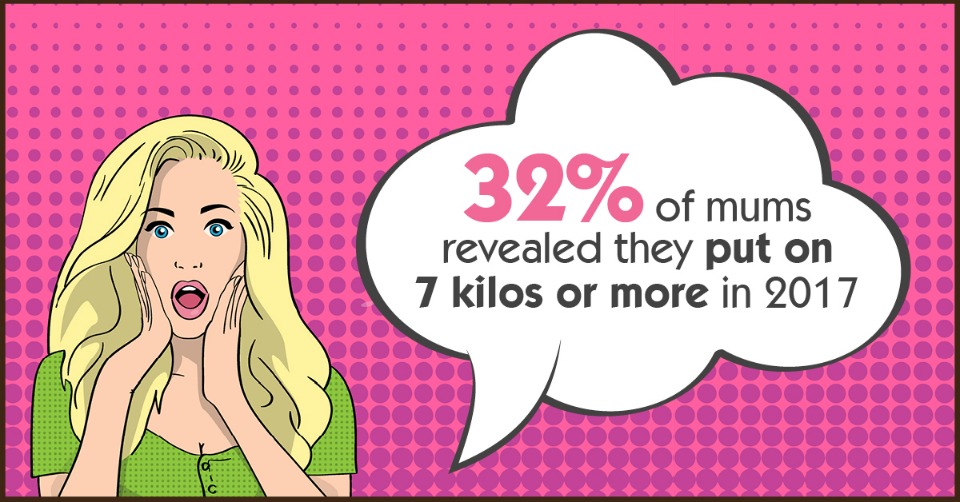 How much exercise mums do a week

36 per cent of mums reveal they only do 1-2 hours of exercise a week with 36 per cent of them saying they have a lack of motivation and don’t get enough sleep.

Two per cent of mums say they do more than 10 hours a week and 29 per cent say they workout between 2-3 hours. The main reason for our mums wanting to lose weight is to feel confident and for their health (51 per cent), 20 per cent want to be a good example to their kids and 17 per cent are keen to improve their fitness.

Mums say they need support when it comes to exercise

56 per cent of our mums admitted they would stick to their weight loss goal plan if they had a partner or friend doing it with them, while 21 per cent say they’d rather do it on their own and 22 per cent don’t know of anyone who would want to lose weight with them. About our 28 Day Weight Loss Challenge

At any one time over 10,000 mums will be doing the Challenge with you so there is a great feeling of ‘doing it together’ – plus, there is no need for expensive gym memberships or fancy equipment. It’s so simple and you can do it from the comfort of your own home.

Each month we have a NEW 28 Day Weight Loss Challenge theme to keep thing fresh and exciting. This is means each day on the Challenge you have different recipes to try and new workouts to follow meaning you’ll never get bored! 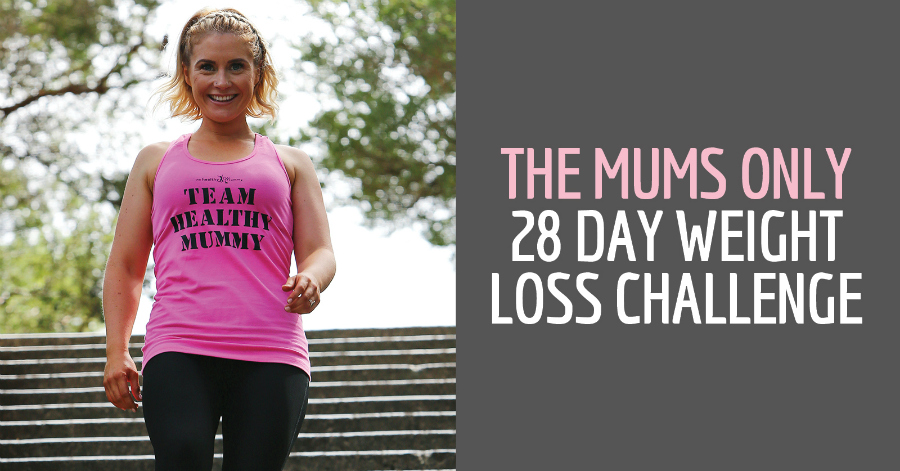 Tiana is 30 kilos down and feeling more confident than ever

Not only has Tiana lost 30 kilos she has learned how to fuel her body, AND save heaps of money on her weekly shop by…
END_OF_DOCUMENT_TOKEN_TO_BE_REPLACED

This incredible mum has not only dropped over 15 kilos with The Healthy Mummy, she now feels physically stronger than she did 20 years ago
END_OF_DOCUMENT_TOKEN_TO_BE_REPLACED

Mum Mel prepped 110 serves of healthy meals and snacks which took her four hours, and cost her just $99 in ingredients!
END_OF_DOCUMENT_TOKEN_TO_BE_REPLACED

Wowser, Tarryn has dropped 10kg in just eight weeks and she has also been able to save as much as $250 a week!
END_OF_DOCUMENT_TOKEN_TO_BE_REPLACED

The next 28 Day Weight Loss Challenge starting 23rd May 2022 is dedicated to 28 Days of Immunity Boosting recipes on a budget!
END_OF_DOCUMENT_TOKEN_TO_BE_REPLACED