Apple have unveiled their new line of emojis, which we can expect to see later this year, and there’s one we’re REALLY excited about… the breastfeeding emoji!

There’s already a baby and a pregnant woman emoji in the archives. And now we reckon this new breastfeeding emoji will be a huge step in the right direction to normalising nursing.

This breastfeeding emoji is coming to iOS by the end of the year ??? pic.twitter.com/UM9uW0HvtE

We reached out to 8 of our lovely Healthy Mummy community mums to find out what they thought about the new emoji. Here’s what they had to say about it…

8 mums react to the breastfeeding emoji

‘It’s about time they rolled out a breastfeeding emoji’ 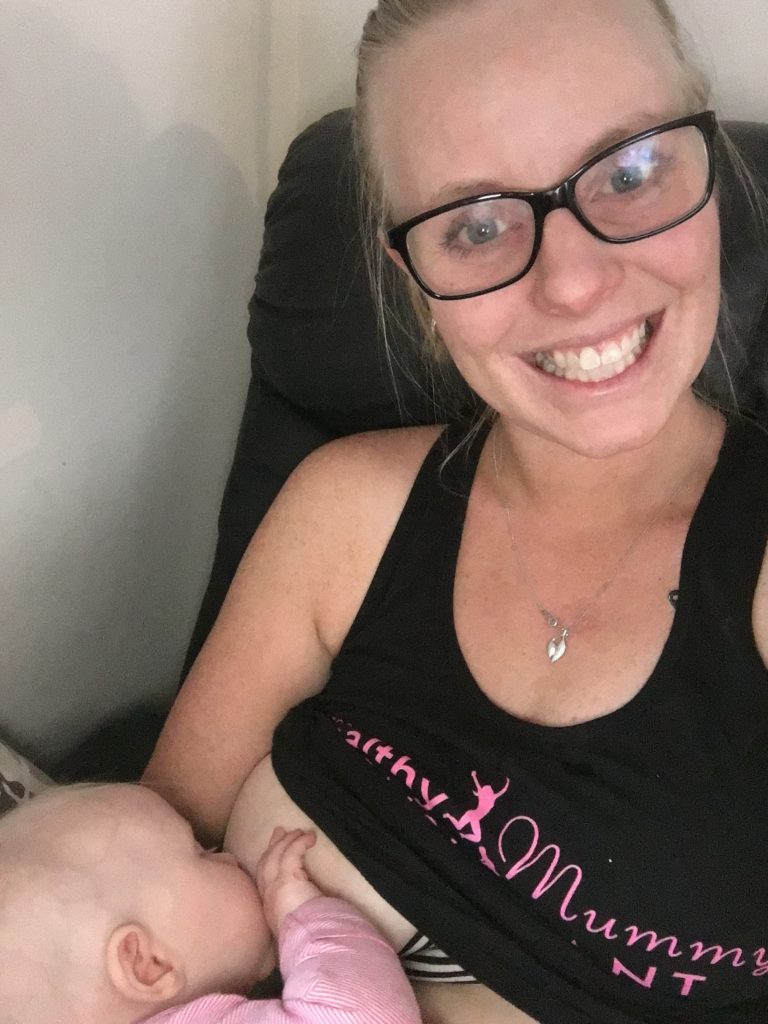 Zoe Weir says: “There is a pregnancy emoji too, which is fantastic, so it’s about time we saw a breastfeeding one! I can’t see myself ever using it, unless I was texting to a girlfriend who is also breastfeeding.”

‘I want to see a Healthy Mummy emoji!’ Andrea Dixon says: “I love it, I think it is great, and cute. I do use emojis and will definitely use it when it comes out. I think a Healthy Mummy emoji would be amazing – even a squat one, that would be fabulous.” Rae Willingham is pro breastfeeding in public and says she hopes this new emoji gets everyone talking and creating a positive message about nursing.

“I am a HUGE boobs out for the babes advocate. I have breastfed all three of my babies and if they were hungry, they got fed. No matter where I was,” she says.

“I adore the breastfeeding emoji, it normalises a body part that should be viewed with not a flicker of distain. No woman should ever be shamed for her choice of method of feeding HER baby. I hope this emoji helps new mum feel confident to breastfeed in public.”

‘It’s a step in the right direction!’ 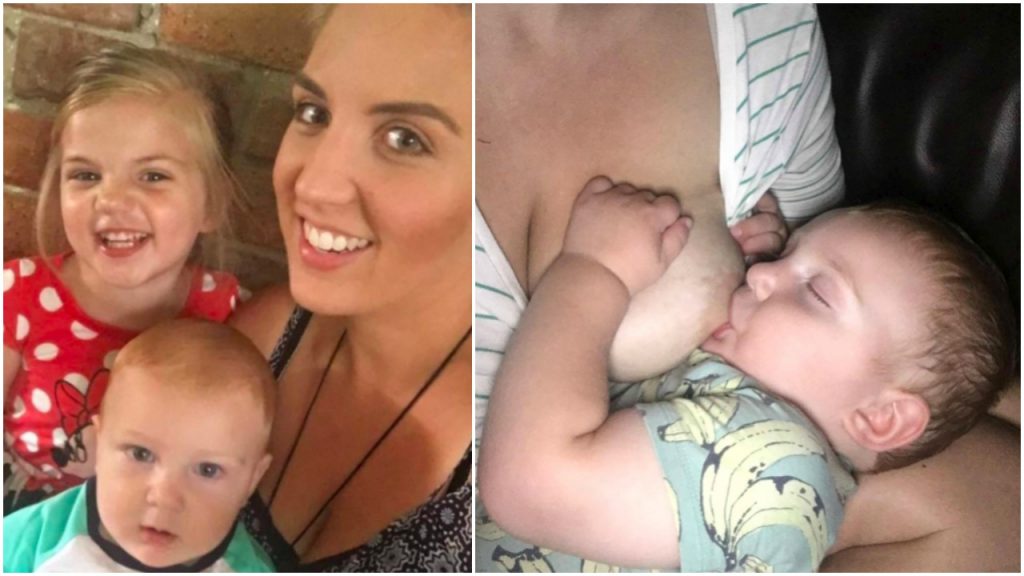 Chloe Cox, who is currently pregnant, is pretty excited about the new emoji. The lovely mum says: “I heard about this on the radio and I think it’s awesome!

“As someone who has had disapproving looks while nursing uncovered in public, I think it’s definitely a step in the right direction to normalising it. I know I’ll definitely use it while I’m texting my mum friends and hubby!” Mum-of-three Annette Palma weighs in on the new emoji, saying: “It’s definitely about time we had one! I know I would have used it for sure while I was feeding and trying to text someone back quickly.

“It’s definitely a small step in the right direction to supporting mums in knowing that however they choose to feed their baby is perfectly okay.”

‘There’s a potato emoji, so we NEED a breastfeeding one!’ 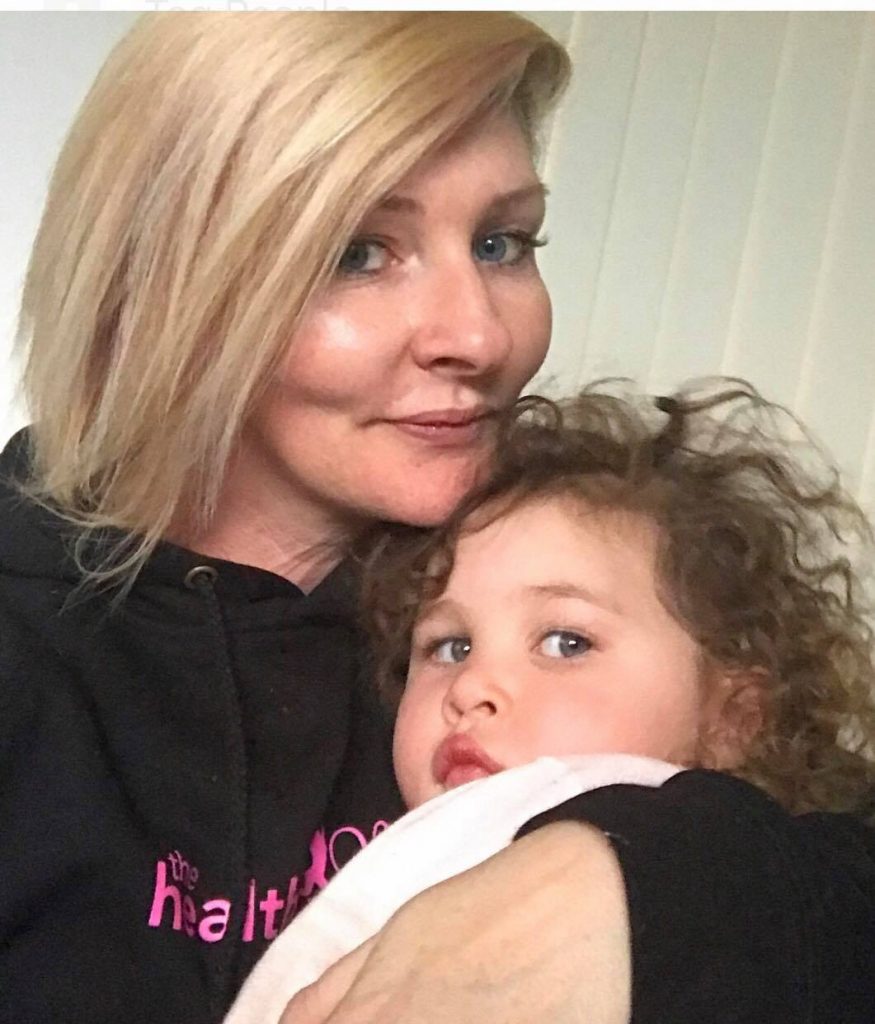 Christie Plumridge thinks there’s nothing more beautiful or natural than a mum feeling a baby.

She says: “I think the breastfeeding emoji is fantastic! There is nothing more natural or beautiful than a mum feeding her baby and the emoji will definitely help normalise breastfeeding. 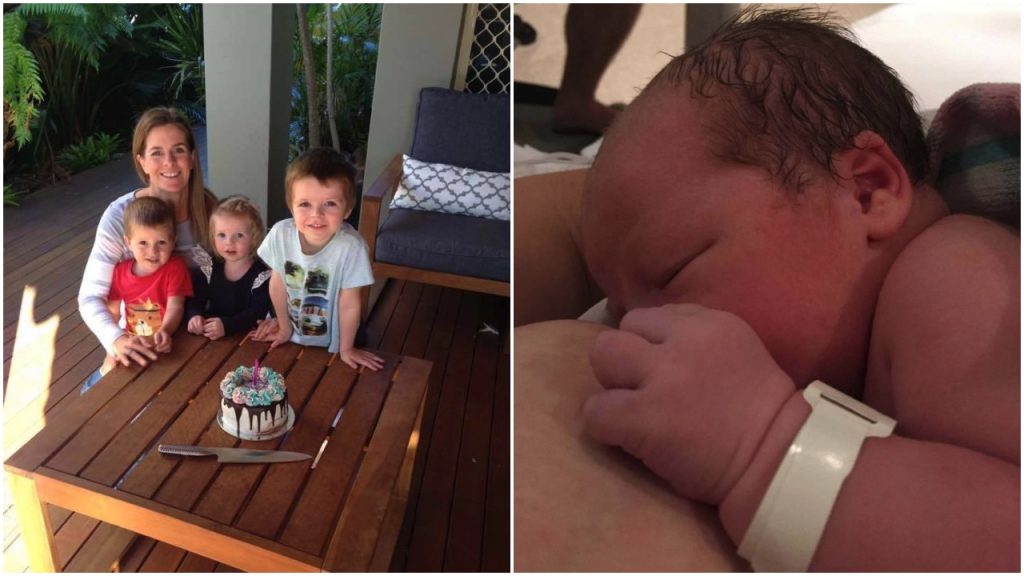 Stephanie Marriott says that she’d also like to see different ways of parents feeding their little ones.

“I think the breastfeeding emoji is great,” she says.“All mothers should feel great no matter which way they choose to feed. I would also like to see a bottle feeding mother / father instead of just a baby bottle.”

‘Us mums spend a lot of time breastfeeding, so we needed a emoji of it’ 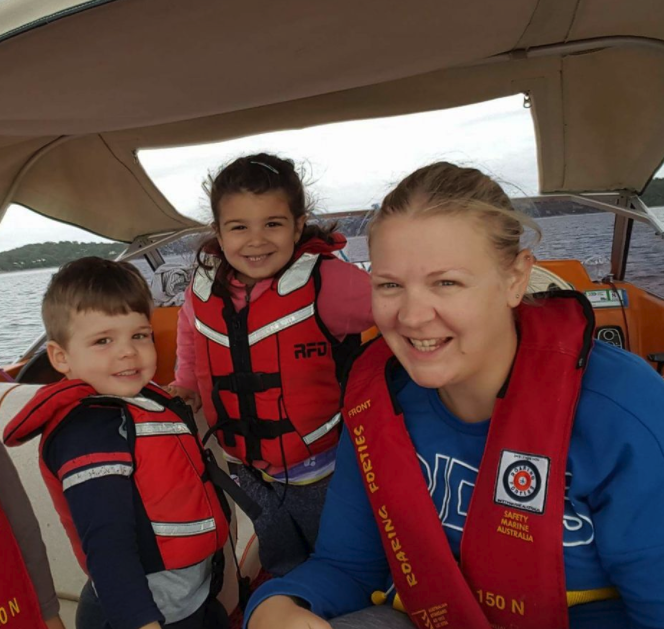 Vanessa Barbara says new mums spend a lot of time feeding and taking snaps of themselves doing it, so the new emoji is a great idea.

“I think the breastfeeding emoji is a great idea. Breastfeeding is human nature and emojis are so popular right now. It’s perfect,” she says.

“We spend a lot of time breastfeeding especially in the early stages while getting established and we all take snaps of us doing it so why not have an emoji of it.”

Thanks for the wonderful feedback ladies, we couldn’t agree more with you!

Other emojis that we can expect to roll out are a woman wearing a headscarf, a zombie, a T-Rex, as well as many others. HOW EXCITING!

Who knows? MAYBE we will see a Healthy Mummy emoji in the future!

Did you know The Healthy Mummy Smoothie is breastfeeding friendly?

The Healthy Mummy Smoothie range has been formulated by leading nutritionists, dieticians and offers an excellent source of essential vitamins, minerals, nutrients and important antioxidants. Our smoothies include ingredients such as fenugreek – all things which are excellent for breast milk supply.

We get a lot of feedback from breastfeeding mothers who say that the Healthy Mummy Smoothies boosted their milk supply (as well as providing much needed energy for tired mums).

Depending on your weight loss goals and calorie intake, you should be eating around 1,500 – 1,800 calories each day on our plans. Many other weight-loss shake plans recommend around 800 calories per day, which is just not enough calories for a breastfeeding mother to take in each day.

Get your Healthy Mummy Smoothie here!

After spending around nine months being pregnant, watching your body grow, change, and stretch it may now feel and look very different from how it…
END_OF_DOCUMENT_TOKEN_TO_BE_REPLACED

She may be pregnant with baby number FOUR who is due to arrive any day,  but that hasn’t stopped Healthy Mummy Cat getting super organised…
END_OF_DOCUMENT_TOKEN_TO_BE_REPLACED

Healthy Mummy Elle has more than one reason to celebrate Mother’s Day this year.  With her new baby just 11 weeks old, Elle shares her…
END_OF_DOCUMENT_TOKEN_TO_BE_REPLACED

A recent study is highlighting a new amazing way that breastmilk could protect premature babies. Researchers in Germany have observed that breastmilk administered through a…
END_OF_DOCUMENT_TOKEN_TO_BE_REPLACED