Toddlers are curious little beings. They are a law unto themselves, quick as lightening, hilariously funny and cheeky beyond measure. And sometimes they cut their own hair. Most of us have been there, but this mum’s confession about why her toddler’s self-snipping broke her heart will leave you wiping away the tears.

Lacey Barrat is a brilliant Melbourne-based birth photographer who takes snaps of women at their most vulnerable. While these moments can often bring her to the verge of tears, it was her three-year-old taking to his hair with a pair of scissors that knocked the wind out of her sails. And the reason why is heart-breaking:

“We secretly struggle with him pulling his hair out in large patches,” Lacey explains. “We have shaved his head for years. Since he was one to even out his bald head. This is the first time in 12 months we have NOT had to shave it down to a one.”

Why it’s about so much more than hair

She says it’s incredibly difficult to have watched her curly-haired, blue-eyed boy have his beautiful blonde locks shaved off every six months. And so, when she saw he’s cut his own hair, she was devastated.

“When I saw him. I cried. Like snotty uncontrollably sobbing crying. He stopped dead in his tracks. And then he cried too. ‘I’m sorry mummy I’m sorry!! I’m so sorryyyyyy!!!’ Then I cried even harder because he was crying over making me cry.”

With the pair in a mess of tears, Lacey realised that it was seeing her son so sad the broke her heart.

“It was no longer about hair anymore. It was about the emotions that toddlers feel that we fail to forget they have. I no longer felt like I needed to ‘parent’ and punish him. Because the emotions he was feeling was enough.

“I often remind myself that sometimes parenting isn’t always talking my kids ear off about why, right and wrong, and shouting and yelling. Sometimes, it about just letting them learn. And letting them follow and explore their emotions and how their behaviour makes them feel and others feel around them. Often times, if it doesn’t feel good for them or the other person- that’s punishment enough.”

In the end, we need to be kind to ourselves

Lacey, who has three boys under four (that’s them above!) told The Healthy Mummy that after about 30 minutes, she shaved her little boy’s head and then was finally able to laugh. She says as women, we tend to beat ourselves up so hard about how we parent.

“Moments like those should definitely be talked about.” We couldn’t agree more!

If you want to indulge in more trials and tribulations of being a mum, make sure you check out our parenting section. 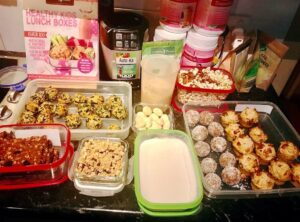 RECALL: Popular children yoghurts have been recalled due to choking hazard 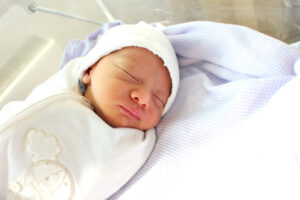