People with multiple sclerosis could see progression of their disease halted for five years by having a treatment that resets their immune system. It’s potentially life-changing news for the more than 23,000 Australia’s living with the debilitating disease. However, it’s not without risks, with 8 patients dying in the 100 days following the treatment. 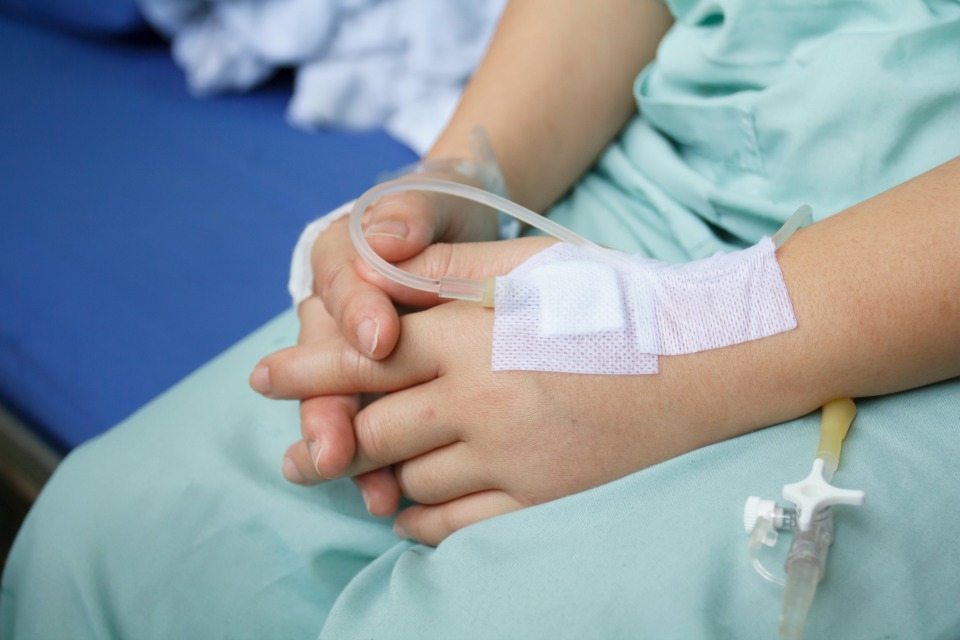 In the long term study, led by the Imperial College London, the treatment prevented symptoms of severe disease from worsening for five years, in 46 per cent of patients.

The study also suggested some patients even saw a small improvement in their symptoms following the treatment.

However, as it involves aggressive chemotherapy, researchers stress the procedure carries significant risk.

One In 20 Aussies Touched By MS

Statistics show that 1 in 20 Australians will be touched by MS through a family member, a colleague or a friend living with it. Worldwide it affects 2.3 million people.

Interestingly, three-quarters of people living with this disease are women, the majority of them experiencing their first symptoms between 30 and 35.

MS is caused by the immune system malfunctioning and mistakenly attacking nerves in the brain and spinal cord.

This leads to a range of symptoms including fatigue, problems with arm and leg movement, vision and balance. There is no cure but certain medications can help slow progression of the disease.

Kate Wighton, a research media officer at the university, reported on the study; that was recently published in the Journal of the American Medical Association Neurology.

The treatment in the current study, called autologous hematopoietic stem cell transplantation (AHSCT), was given to patients with advanced forms of the disease that had failed to respond to other medications.

In the treatment, a patient is given a drug that encourages stem cells to move from the bone marrow into the blood stream, and these cells are then removed from the body.

The patient then receives high-dose chemotherapy that kills any remaining immune cells. The patient’s stem cells are then transfused back into their body to re-grow their immune system.

Previous studies have suggested this ‘resets’ the immune system, and stops it from attacking the nerve cells.

However, because the treatment involves aggressive chemotherapy that inactivates the immune system for a short period of time, some patients died from infections.

Dr Muraro is the study’s lead author from the Department of Medicine at the Imperial College London.

“In this study we’ve shown we can ‘freeze’ a patient’s disease,” says Dr Paolo Muraro.

Out of the 281 patients who received the treatment in the study, eight died in the 100 days following the treatment.

Older patients, and those with the most severe forms of the disease, were found to have a higher risk of death. However, Dr Muraro says the risks must be weighed-up against the benefits.

“We previously knew this treatment reboots or resets the immune system – and that it carried risks – but we didn’t know how long the benefits lasted,” he says.

“In this study, which is the largest long-term follow-up study of this procedure, we’ve shown we can ‘freeze’ a patient’s disease and stop it from becoming worse, for up to five years.

“However, we must take into account that the treatment carries a small risk of death, and this is a disease that is not immediately life-threatening.”

He says the findings are promising but suggested larger trials of this procedure are now needed.

“These findings are very promising – but crucially we didn’t have a placebo group in this study, of patients who didn’t receive the treatment,” he says.

“We urgently need more effective treatments for this devastating condition, and so a large randomised controlled trial of this treatment should be the next step.”

In response to the study’s findings, Multiple Sclerosis Research Australia released a statement outlining its position on the treatment.

Taking a very neutral stance, it says because each person’s situation is unique and as MS Research Australia does not have a direct role in the treatment of MS, it cannot recommend any specific treatment for people living with MS.

“Decisions about any MS treatments, taking into consideration the potential benefits, risks and side effects for an individual’s particular circumstances, should be made in careful consultation with each individual’s neurologist,” it says.

“Anyone with MS considering AHSCT as a treatment should discuss it with their neurologist as a referral is needed to be assessed for the treatment at the Australian centres currently providing AHSCT for autoimmune diseases.”

The Healthy Mummy strives to keep you up to date with all breaking health news, visit here for the latest.

Grocery bills are rising, and here are some great alternative ways to ensure you get the crucial nutrients you need in your diet.
END_OF_DOCUMENT_TOKEN_TO_BE_REPLACED

In fact, a new study has found that eating around 120g of salmon fillet a day could help keep your blood pressure at optimal levels.
END_OF_DOCUMENT_TOKEN_TO_BE_REPLACED

A new study found that participants who ate one whole egg a day had higher levels of healthy proteins and good cholesterol in their blood,…
END_OF_DOCUMENT_TOKEN_TO_BE_REPLACED

Grab these ten great value foods to give your pantry, and your meals, a quick and nutritious boost! Plus 10 recipes using budget pantry staples.
END_OF_DOCUMENT_TOKEN_TO_BE_REPLACED

The new breakthrough study has identified a biochemical marker that could help detect babies more at risk of SIDS, while they are alive.
END_OF_DOCUMENT_TOKEN_TO_BE_REPLACED