Previous article
Lifestyle › Has Ryan Reynolds Just Revealed The Gender Of His Second Child?
Next article

Ryan Reynolds and Blake Lively welcomed their second child recently. They’ve kept Mum on any details surrounding the birth but has Ryan just revealed the gender?

A photo posted by Blake Lively (@blakelively) on Feb

The hilarious couple are infamously private about their family life with Ryan occasionally sharing little snippets about his daughter on twitter. 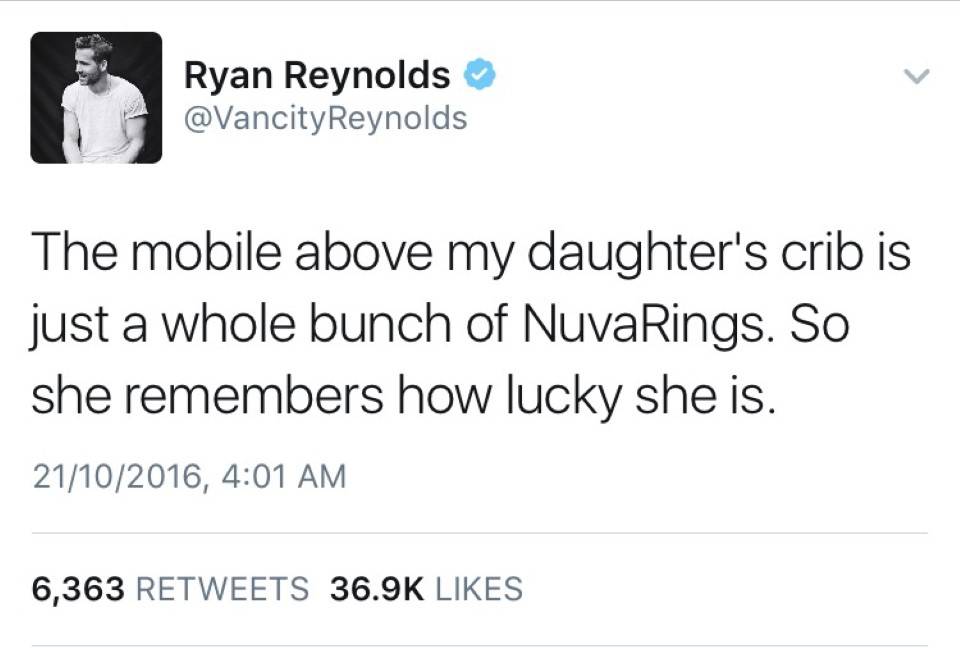 But Is He Referring To James?

We’re not 100% certain if he is referring to his nearly 2 year old daughter, James, or the fresh one out of the oven. We’re wondering if James would still be in a crib (cot), or if she would be old enough for a toddler bed.

He could be letting the cat out of the bag or he could be talking about his first born. It’s so cryptic, it’s driving us mental! We want to know.

Whatever gender the baby is, we’re sure it will be as genetically blessed as James and hidden away from cameras for a very long time.

As a new study has found that parents are getting so much less sleep than anyone ever realised!
END_OF_DOCUMENT_TOKEN_TO_BE_REPLACED

Every week The Healthy Mummy runs different competitions with LOADS of fabulous prizes to be won! See if you are one of the lucky winners!
END_OF_DOCUMENT_TOKEN_TO_BE_REPLACED