Ryan Reynolds has us rolling over in stitches in some of his movies.

But it seems the actor is just as much a comedian at home when it comes to parenting his two young daughters with his wife Blake Lively.

The funny man has posted a selection of HILARIOUS parenting fails and totally tongue-in-cheek comments about being a dad on Twitter over the last few months.

Check out some of our favourite tweets below…

Went to Disneyland because my daughter's obsessed with Mickey Mouse. She was so excited when I got home and told her.

I watched Frozen without my two year old this morning. Despair reveals itself in many forms.

Too funny! Here are more tongue-in-cheek comments from the famous dad…

On our 6am walk, my daughter asked where the moon goes each morning. I let her know it's in heaven, visiting daddy's freedom.

Ask your doctor if you qualify for an extension. A 4th, possibly even 5th trimester can be very peaceful for the father. Congrats. https://t.co/CTdyI66in3

Inside my daughter's diaper this morning, I found a half-digested wolf. Try me. https://t.co/6wuZLsl7Nu

It's important kids eat 5 servings of vegetables daily. Even if childhood is just a dress-rehearsal for extraordinary adult suffering.

Turns out Game of Thrones is NOT historically accurate. Apologies for calling my idiot 6 year old nephew an imbecile.

Tinder isn't a babysitting app. Apologies to Crystal and Janine for the misunderstanding.

My daughter love the @MileyCyrus song, "We Can't Stop" because she thinks it's about cutting the brake lines on my car.

Healthy Parenting Tip No. 34: Get the child into showbiz as soon as possible.

Being a father is the single greatest feeling on earth. Not including those wonderful years I spent without a child, of course.

Being a father means responsibility. Not just for your main family, but also the secret one in Denmark nobody knows about.

After this morning's diaper, my daughter finally earned the teardrop tattoo on her face.

Tip: It's important parents take little "time outs" for themselves too. Even if you feel pretty guilty when you return 14 years later.

I'd walk through fire for my daughter. Well not FIRE, because it's dangerous. But a super humid room. But not too humid, because my hair.

Nothing better than spending an entire morning staring into my baby daughter's eyes, whispering, "I can't do this".

Ryan and Blake are parents to two-year-old daughter, James, and recently welcomed their second child, Ines, in September last year.

Meanwhile, Blake Lively has an important message for new mums, which is ALOT different from her hubby’s, errrrh, interesting parenting tips and comments!

‘Learn To Forgive Yourself’

“You have to learn to forgive yourself – to say, ‘I’m working, I’m a dedicated mother. I’m a good friend. I’m a great wife,” she tells US Vogue.

“Try not to beat yourself up about it.”

What’s more, the Shallows actress says she doesn’t care that her body is not what it used to be either. (Although we think Blake still looks amazing!)

“It’s a challenge. It’s something that I have to remind myself of every single time I put on an outfit that doesn’t fit like it used to – or doesn’t fit at all!” she reveals.

“The past few months, I’ve learned to love my body in every iteration.”

And the mum-of-two says it’s important for her daughters to love themselves as well.

When it comes to them raiding her make-up stash when they’re older, Blake says: “I want them to feel like they can experiment with how they look.

Meanwhile, here are five pieces of new mum advice you need to know. Here’s a survival guide for new dads. 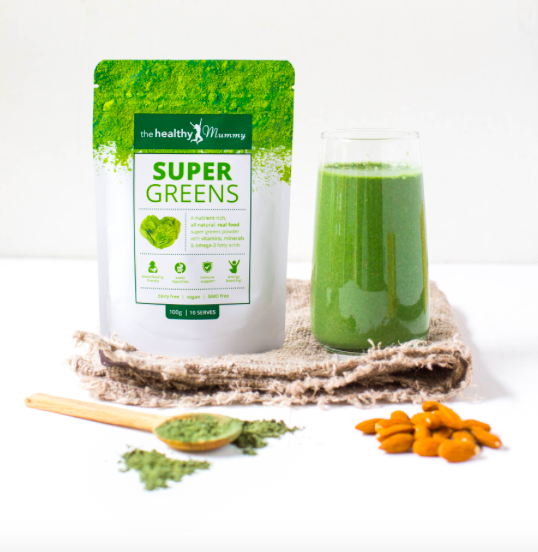 The Healthy Mummy SUPER GREENS Powder vitamin supplement is designed to help boost your energy and support your immune system.

The Healthy Mummy Super Greens powder is the culmination of extensive research and development. It is designed with busy mums in mind, providing energy and nutrients to help keep you going. It is a supplement designed to support your busy life.

Our Healthy Mummy Super Energy Boosting Greens contains over 37 whole food ingredients and is an easily digestible & nutritional formula, combining real foods sources to a deliver a powerful blend of nutrients to give busy mums the energy they need!

It is also safe for use in breastfeeding! 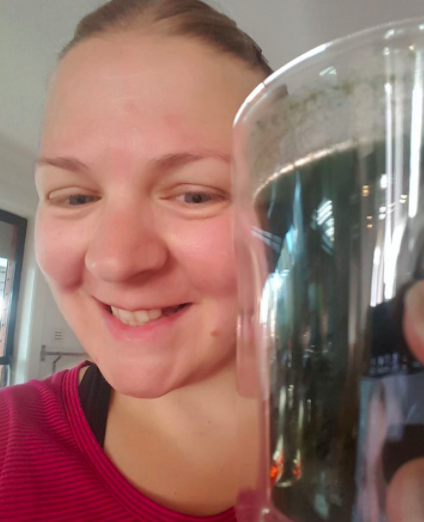 Vanessa Barbara says she feels like a different person already!

“Day one down and I am totally full of energy already, I can’t wait to see what it does after day 10,” she says.

“I totally recommend this super greens to anyone wanting a natural boost. It has a sweet but subtle taste that will not leave you feeling like you’re drinking a powder. You’ll actually be happy to go back for seconds.”

As a new study has found that parents are getting so much less sleep than anyone ever realised!
END_OF_DOCUMENT_TOKEN_TO_BE_REPLACED

Every week The Healthy Mummy runs different competitions with LOADS of fabulous prizes to be won! See if you are one of the lucky winners!
END_OF_DOCUMENT_TOKEN_TO_BE_REPLACED

A woman was shocked to discover that her mother-in-law wanted to throw a 'grandma shower' ahead of welcoming her first grandchild.
END_OF_DOCUMENT_TOKEN_TO_BE_REPLACED

CHOICE has also released some tips on how to save at the supermarket, keep food longer, save on energy bills and tackle the rising petrol…
END_OF_DOCUMENT_TOKEN_TO_BE_REPLACED