As the Founder of The Healthy Mummy and a mum of 2 small boys I completely empathise with all women who want to return to the workforce after having children.

So many businesses are just not flexible.

They seem to be very arrow in their thinking of the needs of a modern day employee and how things have changed.

I completely understand the need for employers to have full time staff in the office – however the employer can still offer flexibility to these staff.

For example – just because a woman has a baby, it doesn’t mean she loses her work ethic or skill. If she was a great employee before having a baby – she will be still be a great employee after becoming a mum.

BUT if you don’t adapt to her changing needs as an employee then we run the risk of losing a huge chunk of talented women in the workforce.

A mum has lots of priorities to juggle when becoming a mum and having a job is one of these – but a mum doesn’t want to be made to feel guilty or like a burden if she has a school appointment on , a child’s doctor’s appointment, a school reading/classroom event, a daycare meeting or a sick child for example.

And I have seen all too often that mums end up leaving a job as they think they are being judged as difficult and unreliable and end up feeling so stressed and guilty that they end up quitting their job.

BUT if they had a pre arranged flexible role with their employer where they flagged that they would have various days where they would need to be in late or early or work from home then when the inevitable mum duties happened there would be no stress or guilt around it.

To uncover some of the issues experienced by mums today, within the Healthy Mummy community we ran a survey with over 1,000 mums to undercover their thoughts on childcare to discrimination in the workplace.

Check out the results below. 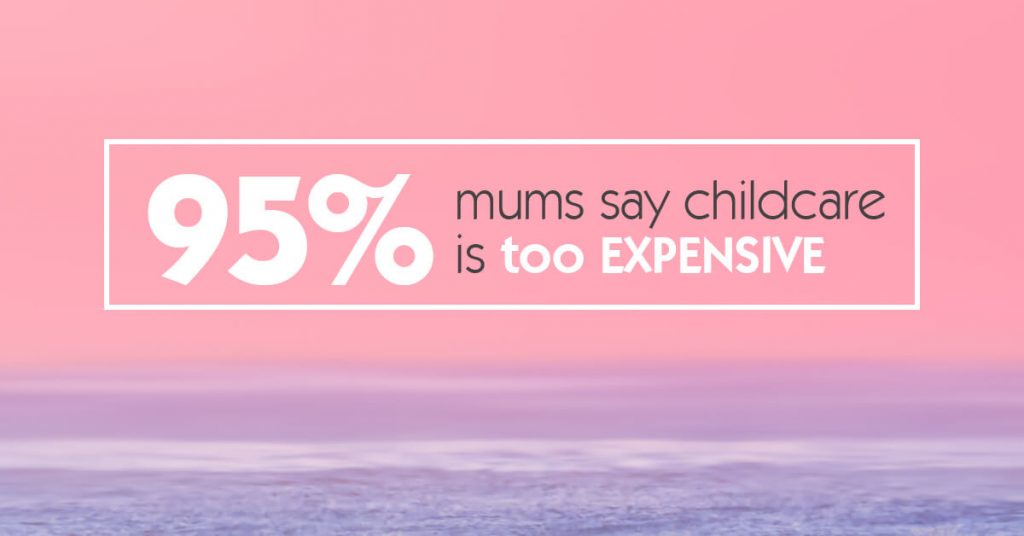 When it comes to childcare, a MASSIVE 95 per cent of mums said that childcare was too expensive. And it’s no wonder- according to News Corp Australia, almost 40 per cent of Aussie families are paying more than or the same as their mortgage in out of pocket payments each week.

The Australian Bureau of Statistics from March 2002 to March 2017 said that while wages grew by 63.3 per cent, childcare costs increased by 95.4 per cent. Plus, according to Care for Kids, the average cost for childcare in Australia before subsidies is $102.47 per day. That’s a lot! 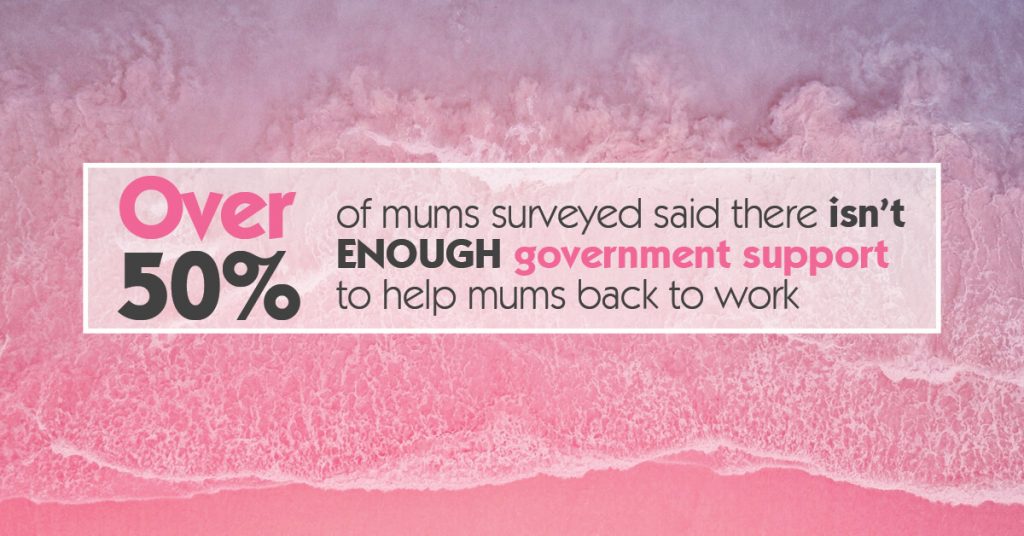 Just over 50 per cent of the mums surveyed said they believe there isn’t enough government support to help mums back to work, 41 per cent said not really and just over 8 per cent said that there was enough.

Most of these mums agreed that they felt it isn’t easy for mums to return to work; over 48 per cent said a resounding no, while just over 40 per cent said not really and just around 11 per cent of mums said that it is easy. And the vast majority of mums (80 per cent) said they felt that employers don’t offer enough flexibility for mums at work. 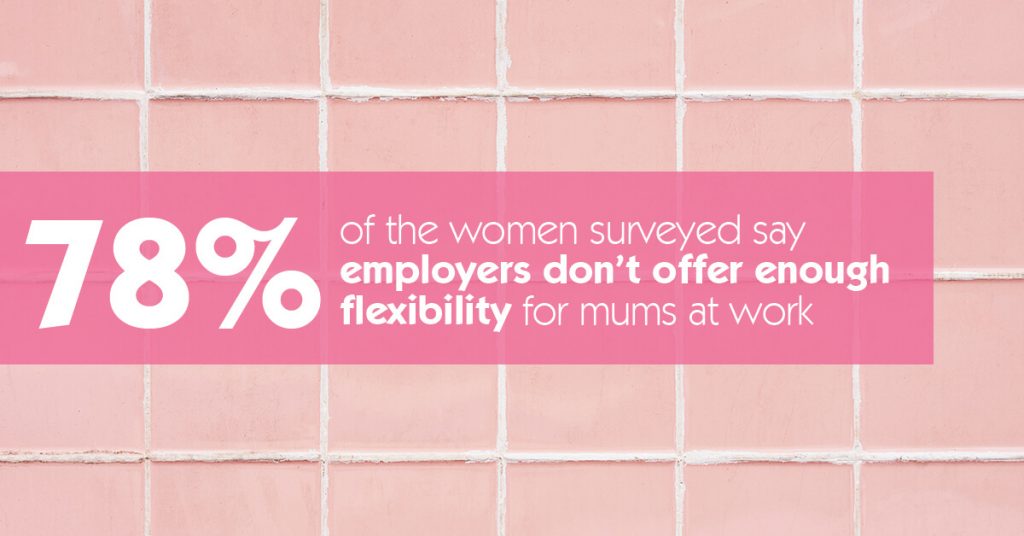 Around 69 per cent of mums also said that in 2018, mums aren’t being represented enough in the workplace and roughly 31 per cent said they were. 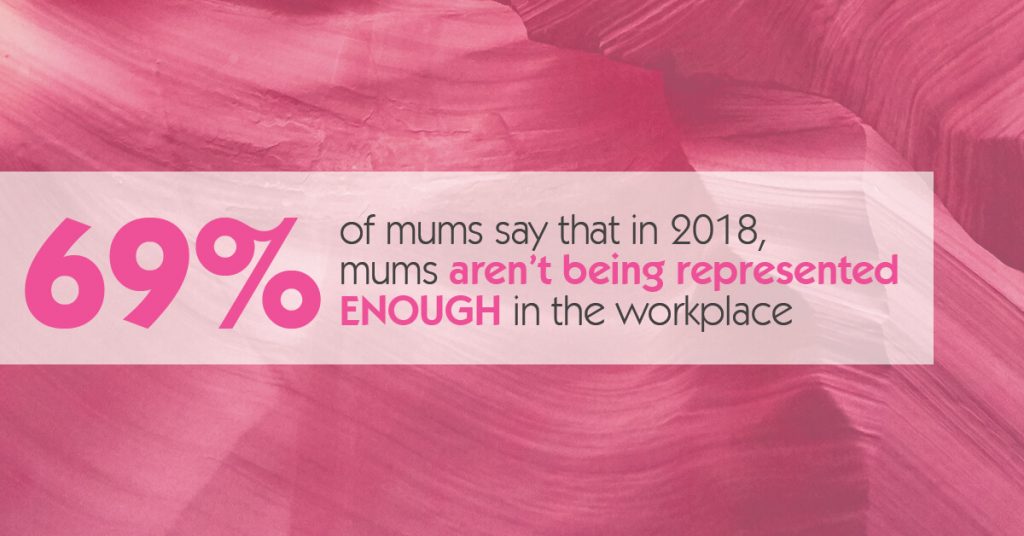 Around 68 per cent of mums said they hadn’t dealt with pregnancy discrimination in the workplace but nearly 26 per cent said they had and roughly 6 per cent knew someone who had. 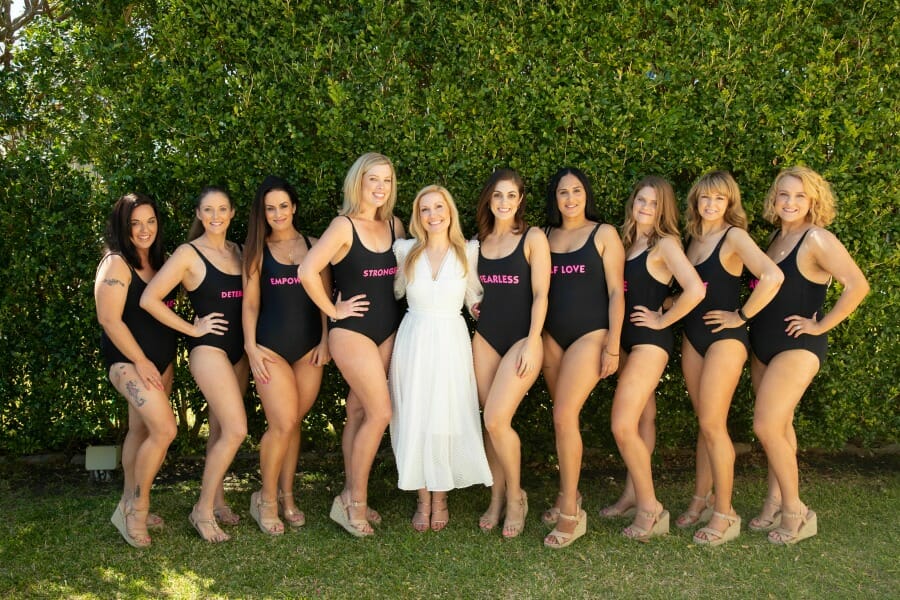 Millions of Australian households are set to be slugged by soaring electricity costs - Get these great budgeting tips.
END_OF_DOCUMENT_TOKEN_TO_BE_REPLACED

As a new study has found that parents are getting so much less sleep than anyone ever realised!
END_OF_DOCUMENT_TOKEN_TO_BE_REPLACED