Looking for a name for your baby girl? Why not try out one of these loveable and iconic Disney princess names? They all have interesting meanings as well.

Who knows, maybe your little one will love watching their name-inspired character as they get older – or better still, you can dress them up in the same cute princess outfit! (Okay, we’re getting carried away here.) 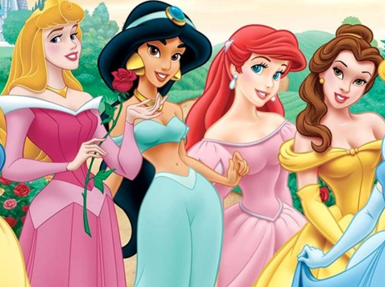 Did you know that Ariel is a popular male name in Hebrew, but became a big hit when Disney’s The Little Mermaid came out in 1989. Alternative spellings are Arielle.

Meaning: In the Old Testament Ariel means ‘Lion of God.’

Goodmorning how are you? I am so happy

Princess Aurora is best known for her beautiful voice in Sleeping Beauty, but the name comes from Roman myth, as Aurora was the Goddess of the Dawn. Aurora is also associated with the Northern Lights or the Aurora Borealis.

The Russian princess in the 1997 movie Anastasia is a retelling of Princess Anastasia, the daughter of Tsar Nicholas II, last emperor of Russia, who many believe survived the massacre of the family in 1918. (P.S. We know this film is not technically Disney, but it was directed by former Disney animation directors Don Bluth and Gary Goldman, so it kinda still counts, right?)

@20thcenturyfox hi, dear company, please make a second part for anastasia 1997, it is a great animation !!! thank so much ♥♥ pic.twitter.com/9SA7b1sxi3

Meaning: Resurrection. The one who will be reborn.

Belle is fast becoming a popular middle name. It means ‘beautiful’ in French, and is short for Isabelle and Annabelle. The name has made a resurrection following Emma Watson’s recent Beauty and the Beast adaptation.

#BeOurGuest and see an all-new look at Beauty and the Beast tonight during the #GoldenGlobes ?

Why some girl say bad wolds? What I do for u ? Say good wolds to be nice and good girl but now I don’t care say what u went ok and thank you all _____?!

The Frozen heroine’s name was originally a pet name for Elizabeth and was popular in Edwardian times. Thanks to the 2013 Disney movie, there are more Elsas in kindy these days.

Amy Adams made us fall in love with her character Princess Giselle in Enchanted. The name is derived from gisil, which means hostage or pledge, and was given as a nickname for a child given as a pledge to a foreign court.

“Please, try to understand. I’ve never done a thing on my own. I’ve never had any real friends. Except you, Rajah.”?? . . . #jasmine#aladdin#jasmineandrajah#rajah#jasminealaddin#disney#quotes#moviequotes#frasifilm#film#cartonidisney#friendhsip#truefriendship#amicizia#veraamicizia#loveforanimals#animals#oriental#tiger#tigre#tigers#like#love#friends#friend#amici#disney?#disneyneverlandpixiedust

Jasmine currently ranks in the top 100 of baby names and has been popular since the release of Aladdin in 1992. The Persian version of the name is spelt Yasamin.

Never heard of this princess? Your kids will know her, she’s Simba and Nala’s daughter in The Lion King 2: Simba’s Pride.

"Our fate lives within us, you only have to be brave enough to see it.” – Princess Merida #Brave #WednesdayWisdom pic.twitter.com/dNk5qcGQDB

She’s wild and strong, and we love the name Merida for Disney’s 2012 Brave, but her title is not actually Scottish.

Meaning: Merida is believed to be a Latin name that means “woman who has achieved a place of honour.”

She’s the latest princess in new Disney flick Moana and is a fearless and water-loving heir of the chief on a small Polynesian island.

Y'all remember the scene in The Lion King when Nala jump on Simba…it was about to be that type situation pic.twitter.com/R5z0pJKV7N

The Lion King made this name popular, as Nala is Simba’s love interest in the 1994 flick. The origin of the name is African and alternate spellings are Nahla. However, Nala is also a male character in Hindu mythology.

The Princess and the Frog’s Tiana was originally going to be called Maddy, but now it’s one of the most popular names out there, and coincidentally Tiana is the Turkish word for princess.

Posh Baby Names – The Poshest Names In The History of Ever

The Healthy Mummy list of 20 Of The Quirkiest Baby Names

New South Wales Registry of Births, Deaths and Marriages released its list of the 100 most common boys and girls names given to babies in…
END_OF_DOCUMENT_TOKEN_TO_BE_REPLACED

Looking for a name? Then you must check out this list of stunning Hawaiian baby names.
END_OF_DOCUMENT_TOKEN_TO_BE_REPLACED

Charlotte, Oliver, Mia and Jack have been dominating the baby name charts for years! And while they remain extremely popular with parents-to-be across the globe,…
END_OF_DOCUMENT_TOKEN_TO_BE_REPLACED

Nameberry has revealed the top five baby names mums and dads are looking up on their website for inspiration so far in 2021.
END_OF_DOCUMENT_TOKEN_TO_BE_REPLACED

Want to know the top names of 2020? Nameberry has released a list of the most searched for baby names so far this year. The baby…
END_OF_DOCUMENT_TOKEN_TO_BE_REPLACED