Mere weeks away from her due date with baby number 2, Mila Kunis and Ashton Kutcher head out to stock up on groceries. 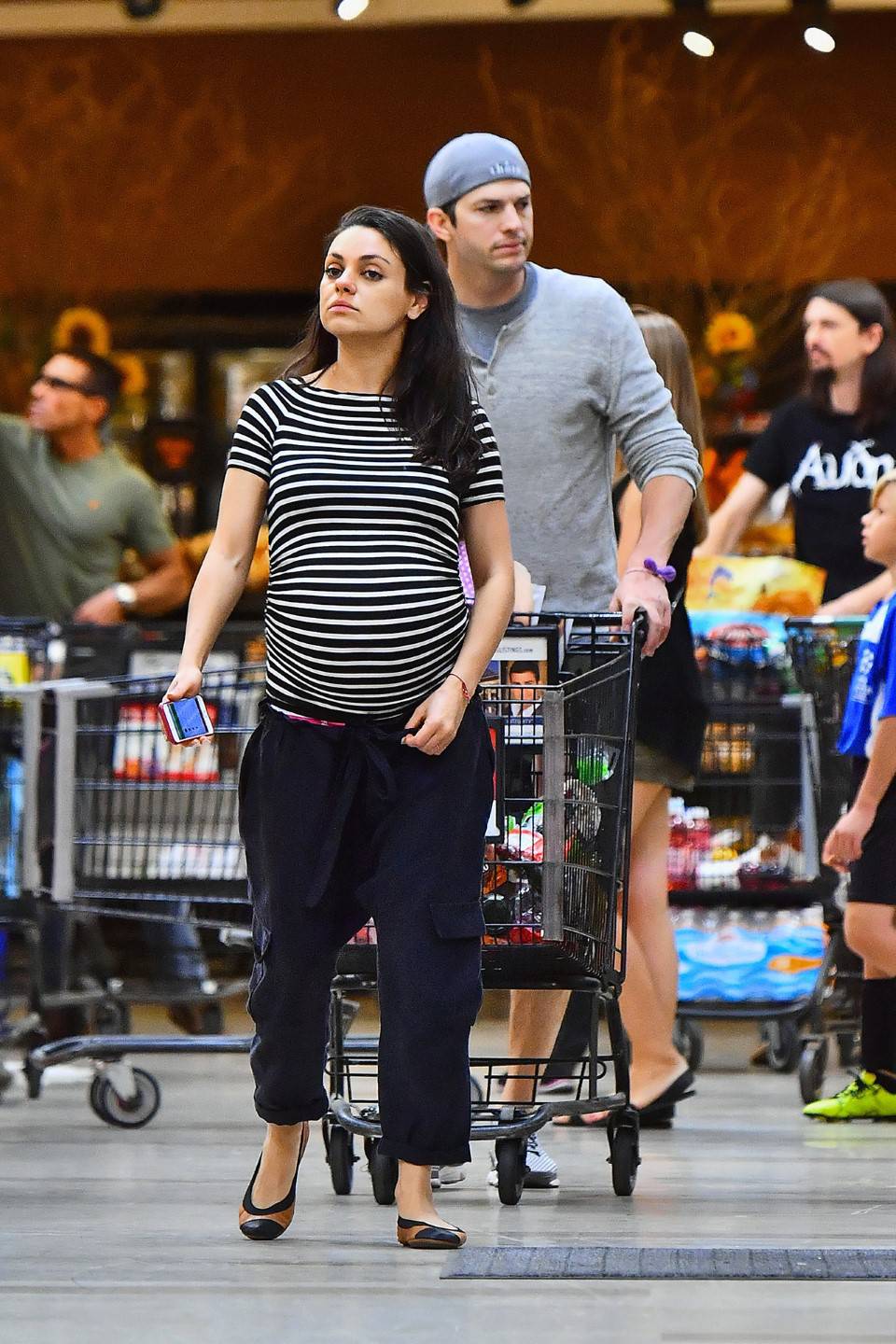 Gearing Up For The Birth

The couple were spotted out together, grabbing groceries, gearing up for the impending birth in a few weeks. Mila still looks AMAZING in a striped tee and drop crotch cargo pants.

Letting the gender slip of his second baby earlier this month, we know the pair are preparing for a boy.

Arm chair Olympians. Go team USA!!! We got your back! Ty for the blazers @ralphlauren #liketolight

Mila so perfectly describes what every parent is thinking “If you still like your husband and child at the end of the day, and you’ve kept them alive, you high five. You’re doing a good job.”

Amen to that sister!

If you’re pregnant or have recently had a baby, click HERE to see what we do at Healthy Mummy.

A woman was shocked to discover that her mother-in-law wanted to throw a 'grandma shower' ahead of welcoming her first grandchild.
END_OF_DOCUMENT_TOKEN_TO_BE_REPLACED

CHOICE has also released some tips on how to save at the supermarket, keep food longer, save on energy bills and tackle the rising petrol…
END_OF_DOCUMENT_TOKEN_TO_BE_REPLACED

For eight schools in NSW, the traditional school start and ending times have come to an end for a period of time.
END_OF_DOCUMENT_TOKEN_TO_BE_REPLACED

A new ‘sexercise’ calculator has revealed which sex positions are most likely to take inches off your waistline!
END_OF_DOCUMENT_TOKEN_TO_BE_REPLACED