Photobombing a couple on their joyous day isn’t cool. But, what if Tom Hanks is the photobomber?

A photo posted by Meg Miller Photography (@megmillerphotography) on Sep 25, 2016 at 7:06pm PDT

In an epic video that has gone viral, Tom Hanks is out for a run and stumbles across the happy couple. He stops, and surprising the couple, he gives them his well wishes and gets a few photos with them. He even pulls out his own phone and gets a few selfies.

The couple, Elisabeth and Ryan, invite Hanks to the reception but he probably has celebrity stuff to do, so he politely declines. But he makes mention that he himself is an ordained minister.

After shaking the grooms hand and kissing the bride, he tells the groom, Ryan, that he is a lucky man.

It’s not the first time something like this has happened with the the Castaway actor. He’s a photobomb pro. 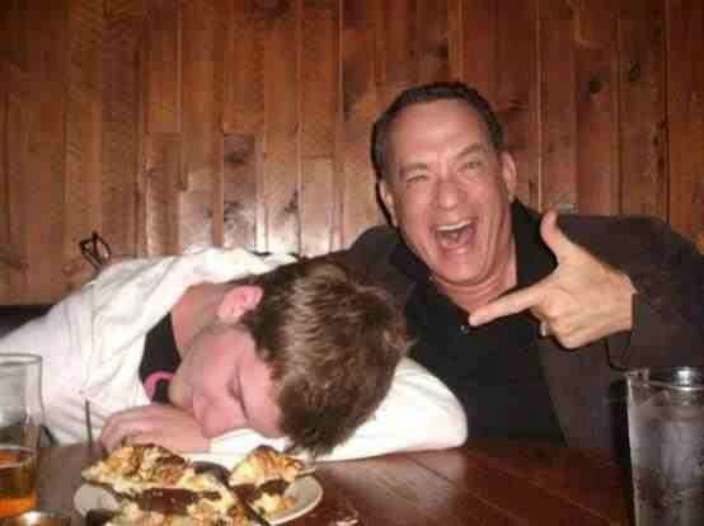 Although this photo is staged, Hanks loved the idea the guys proposed to him and it too became a viral hit.

May the happy couple live a long and happy life together. They have to, they’ve been blessed by Tom Hanks.